Want a roundup of the latest Diablo 4 release date speculation and news? Announced during BlizzCon 2019, the latest entry in the demon-slaying action RPG game series has had a whole range of different teasers and trailers. These have showcased the various Diablo 4 classes we can use to take on the hordes of monsters that block the way between us and the horned lord of the underworld.

The roster of playable classes includes transforming druids, spell-flinging wizards, and somersaulting rogues, and each class has unique combat skills to weave through every shambling zombie, skittering demon, and colossal terror that awaits you in these dank, hallowed halls. So far, so familiar, but that’s hardly going to upset the series’ devoted fans. However, despite a relatively open development process, prospective players have been left to speculate what the Diablo 4 release date might be.

Join us as we break open the seal and delve deeper into the deepest dungeons of the newest Diablo game. We’ll be fishing through every chest to salvage everything we know, from Diablo 4 release date rumours and its story so far, to new gameplay systems, and the details we’ve found along the way.

The Diablo 4 release date isn’t coming until 2023 at the earliest. During a financial call in early 2021, Activision Blizzard’s CFO stated “Our outlook does not include Diablo 4 or Overwatch 2 launching in 2021,” and then in November announced the ARPG would be delayed out of 2022 as well, along with Overwatch 2. We speculate that Diablo 4 will launch in late 2023 or early 2024 because of Blizzard’s ongoing hiring issues and the  impact of the COVID-19 pandemic. 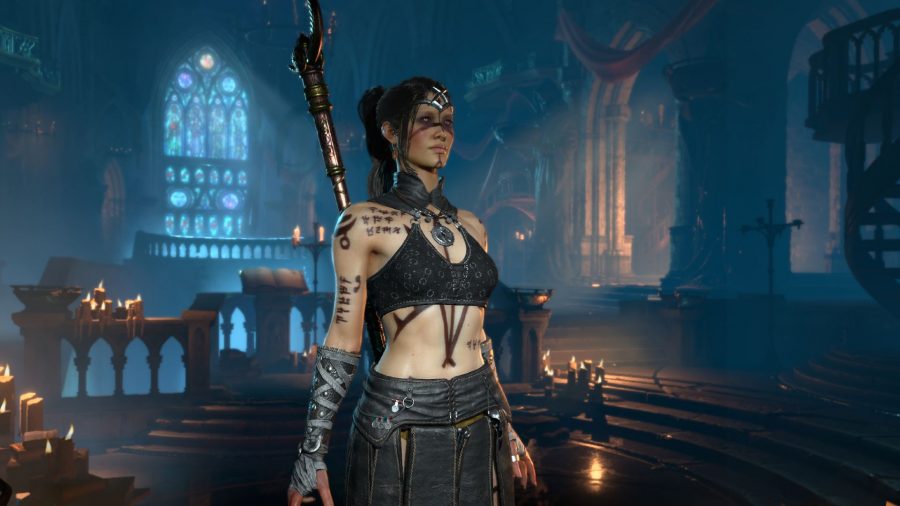 Accompanying the announcement, a Diablo 4 trailer shows a band of thieves trying to break into a sacred tomb, all the while being chased by monsters. While three of the thieves narrowly make it into the inner chambers, someone is left behind, but it doesn’t take long for them to realise they shouldn’t be there. 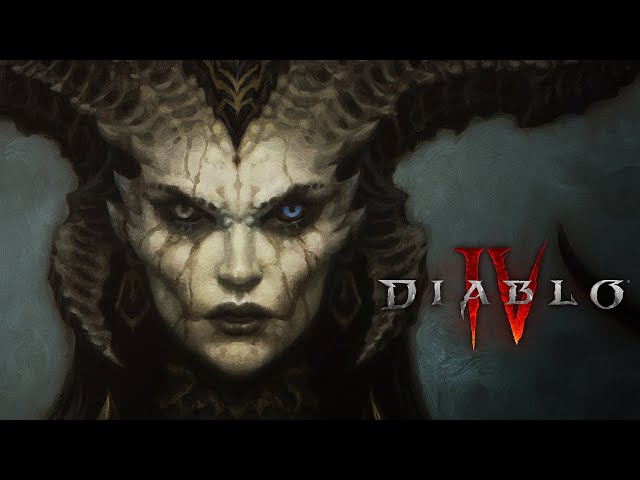 Everything goes south very quickly as a wicked conjurer uses the blood of the three to summon the ‘daughter of hatred’ Lilith into the world.

To give us a taste of what’s to come, we’ve played some Diablo 4, too. Needless to say, we had – ahem – a hell of a good time, particularly with the druid and his shapeshifting abilities. It’s still early, but we can see ourselves making Diablo 4 builds for each of the four classes revealed so far: druid, sorceress, rogue, and barbarian.

Here is everything that we’ve seen of Diablo 4 so far:

It wouldn’t be a Diablo game without an extensive Diablo 4 loot system with some hugely desirable Diablo 4 mythic items to seek out.

Thankfully, the inclusion of multiplayer has been known since the first official gameplay trailer. You can either choose to co-op, or turn on each other in Diablo 4 PVP to plunder treasure for yourself. The Plains of Hatred areas are scattered throughout the world, and entering them is heralded by a message proclaiming that your character is “overcome by Mephisto”. While it’s entirely optional whether you express this ‘hatred’ towards other player-controlled characters, your rewards for killing them or the local monsters are shards that can be refined to complete challenges. Be careful though, as unrefined shards can be plucked from you by unruly adventurers.

The game also features post-launch support with Diablo 4 expansions, as well as the potential for cross-play. 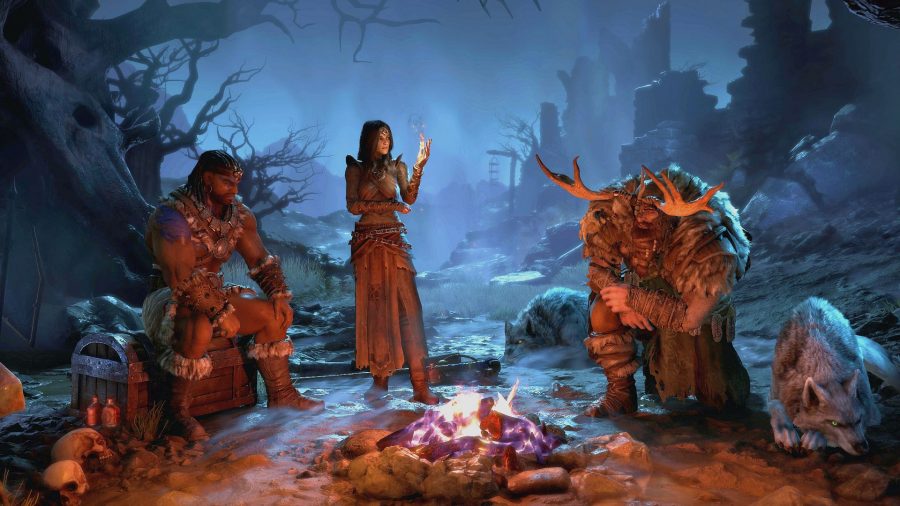 One system that’s getting a bit of an overhaul is the Diablo 4 skill tree. Blizzard has said that “players will not be able to acquire every Skill Tree node,” and that they’re “currently aiming for 30~40% of the nodes filled in for endgame, so that players can have very distinct, and different ways they build out their character.”

So what’s the skill tree like in Diablo 4? Well, for starters, it’s an actual tree rather than an abstract approximation of one that most games have. Active skills branch out, while passive upgrades spread through the tree’s roots. You get separate skill points and passive points to spend in each section.

Classes have their own unique mechanics. The sorceress currently has an enchantment system that lets you allocate active skills into the passive enchantment slots. An example of this is the meteor spell; when equipped as an enchantment, periodically drop meteors on enemies, rather than you actively casting the spell.

The recently announced rogue class has access to multiple class specialisations, all of which require the completion of unique quests. These specialisations allow a rogue to gain one of three skills to augment their ranged or melee combat with unique effects. For example, Shadow Realm creates a dark void in which the rogue can isolate targets and eliminate them without their mates interrupting. 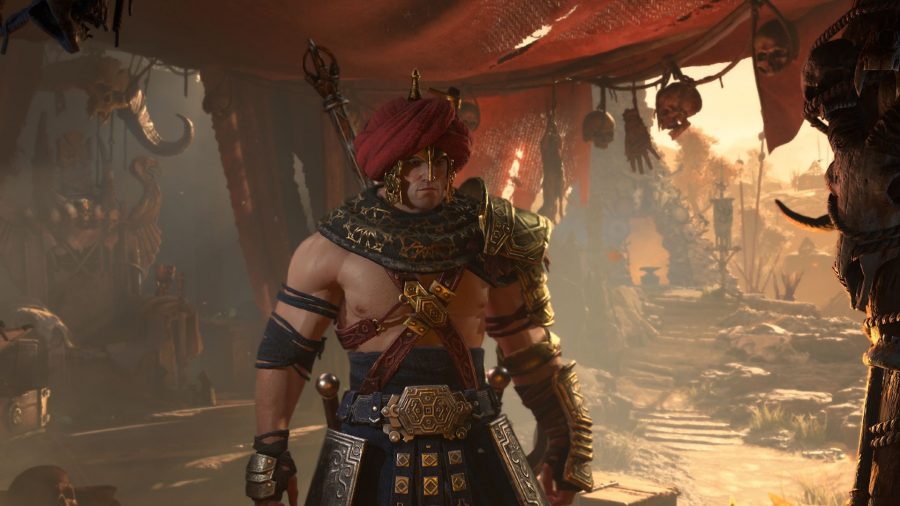 Given that Diablo has been a series about battering demons and a whole bunch of medieval Christian iconography, it shouldn’t come as much of a surprise that Diablo 4’s art style is heavily influenced by art from the medieval and Renaissance eras. In a recent interview with Diablo 4’s art director, John Mueller, he cites Frank Frazetta as one such inspiration as “his paintings reminded me of old European works – the subject matter was very different and visceral, but the technique and the way that surfaces were treated really did feel like those Old Masters paintings”.

And that’s everything that’s currently known about Diablo 4. While we wait for news on the Diablo 4 release date, there’s still time to dive back into previous games in the series. Diablo 2 Resurrected is now available, and you can check out our Diablo 2 Resurrected beginner’s guide to help you get started.