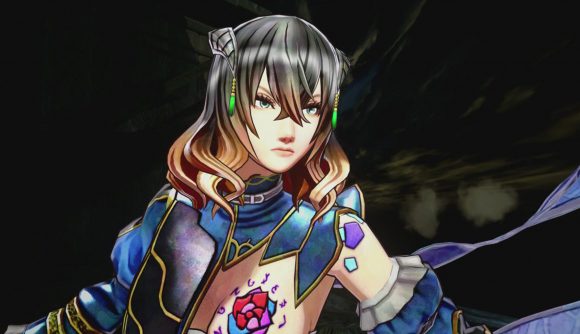 Bloodstained: Ritual of the Night has been in development for a very long time, but the end is finally in sight. The Bloodstained release date is now set for June 18, and on PC it’ll be available through both Steam and GOG. There’s a new trailer alongside that announcement, and it promises that the game no longer looks like “poop.”

The trailer references a bunch of negative comments on gameplay footage that came out last year, most of which centered on Bloodstained’s lacklustre visuals. A development update a few months ago detailed many of the visual improvements, and the new trailer focuses even more on them. Pulling in one commentor’s reference to fecal matter, we even get some poop versus new comparisons.

It certainly looks much nicer, though we’ve still got a few more weeks before we actually find out how the game as a whole has turned out. We got the excellent NES style spin-off Bloodstained: Curse of the Moon out of all this, so it’s absolutely been worthwhile regardless.

If you’ve missed the story on Bloodstained so far, it’s a spiritual successor to Castlevania directed by Symphony of the Night lead Koji Igarashi. It hit Kickstarter in 2015 and raised over five million dollars, which is still more money than even the pornography promised by Subverse managed.

Look forward to many more broken wine glasses and miserable piles of secrets very soon, as we count down to Bloodstained: Ritual of the Night’s release.