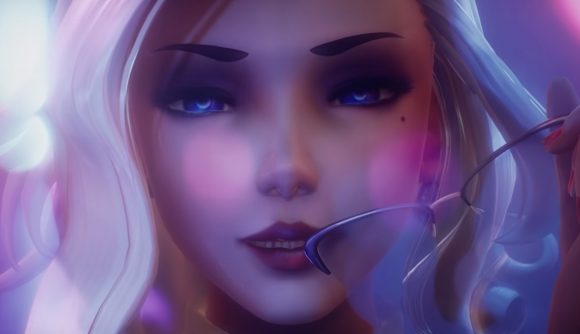 Subverse has pulled in $1,802,905 as of this writing, and there are still 24 hours left in its Kickstarter campaign. It’s currently the 22nd most-funded videogame project in Kickstarter history, just behind the likes of Shadowrun Returns, Kingdom Come: Deliverance, and Divinity: Original Sin 2 – and it could very easily surpass many of those titles by the time the campaign comes to a close.

The actual game part features a combination of dual stick shooter missions and tactical turn-based RPG battles to carry things along, but the true focus is obviously on the sex. You’ll have a crew of ‘waifus,’ as the Kickstarter page calls them, and as you build relationships with the crew, you’ll have sex with them.

Basically, it’s Mass Effect, except that the sex is going to be gratuitously animated in way more detail.

The trailer above gives you a non-explicit idea of what to expect.

Read more: Check out the best sex games on PC

The Kickstarter is still open, if you want to take a look or make a pledge yourself. The game’s already got a Steam store page, and it’s set to hit Early Access some time this Summer.