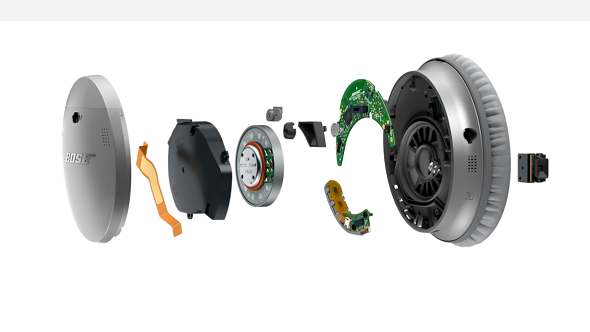 Headset manufacturers Bose have just been hit with a lawsuit that claims their products breach customer privacy, collecting data on their listening habits and auctioning it off to third-parties.

There are plenty of choices in our list of the best PC headsets if you want cans that don’t spy on you.

As Reuters report, a lawsuit was filed in Chicago’s federal court today by Kyle Zak, who purchased a pair of Bose QuietComfort 35 headphones for $350. He downloaded the Bose app, as suggested in the accompanying documents, providing his name, address, and serial number for the headset.

Zak learned that “all available media information” had been sent from his smartphone to third-party companies. Among these companies was Segment.io, a business that will collect all of your customer data and “send it anywhere”, according to its website.

What could these companies learn from your listening habits? Well, if you listen to Muslim prayer, it’s probably safe to assume you’re a Muslim. Perhaps you listen to political podcasts, revealing your political alignment. It’s easy to underestimate how much you could reveal about yourself from what you listen to.

“People should be uncomfortable with it,” said Christopher Dore, a lawyer representing Zak. “People put headphones on their head because they think it’s private, but they can be giving out information they don’t want to share.”

Zak is hoping to get class-action status for the lawsuit, which alleges that the headphones violate the U.S. Wiretap Act by “secretly collecting, transmitting, and disclosing its customers’ private music and audio selections to third parties, including a data mining company.”

If the case is won, Bose could be stung with millions of dollars in damages, payable to anyone who’s bought this specific range of headsets.