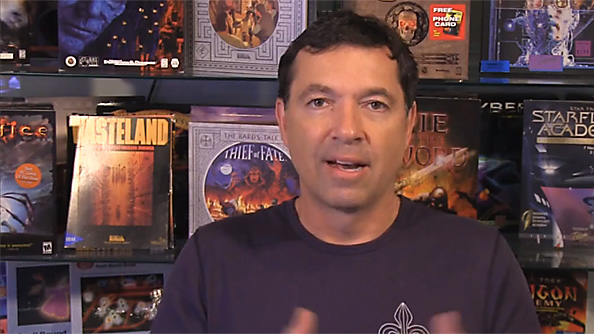 Brian Fargo, founder of Interplay and current boss of RPG developers inXile, will retire from the games industry after shipping his current project, Wasteland 3.

You can see this man’s legacy in many of the best RPGs on PC.

Speaking with Eurogamer, Fargo sounds like a man content with where he leaves his studio, with his own personal legacy – as he should be – and who is ready to take things easy.

“It seems like a good time to drop the mic,” he says, reflecting on his studio’s recent successes Wasteland 2 and Torment: Tides of Numenera. “I love this industry, but I’ve been at this since 1981. I’ve been at it with Ken and Roberta Williams, Trip Hawkins, the guys from Brøderbund – I look at my friends, they have a lot more spare time than I do. It’s a very intense business. It’s all encompassing. It seems like I should relax for a little bit.”

Fargo self-published The Demon’s Forge, a graphical text adventure game, in 1981. He co-founded Interplay in 1983, a studio that would define an era of PC gaming with such iconic titles as Fallout, Baldur’s Gate and Descent. They also dipped into publishing, helping to release games by Blizzard and Bioware – then called Synapse and Silicon. “One of the things I enjoy the most is finding and fostering talent,” says Fargo. “Certainly, externally everybody knows we gave Blizzard and Bioware their first shots.”

Fargo left Interplay after an unsuccessful flirtation with the console market in the late ‘90s, and started inXile in 2002. Latterly, Fargo’s new studio has stuck with what they know and benefitted immensely from the crowdfunding model, launching profitable RPGs.

“We don’t owe any external people any money. We don’t have any debt. The other shares are with some of the employees of the company. So as long as it continues doing good product it should be fine,”he says. On the downside, he says that announcing his retirement now will ratchet up expectations for Wasteland 3. “It puts even more pressure on me to make damn sure that thing is stellar.”

We’ve little doubt it will be. And his retirement plans? “I’ve always wanted to go to Machu Picchu.”