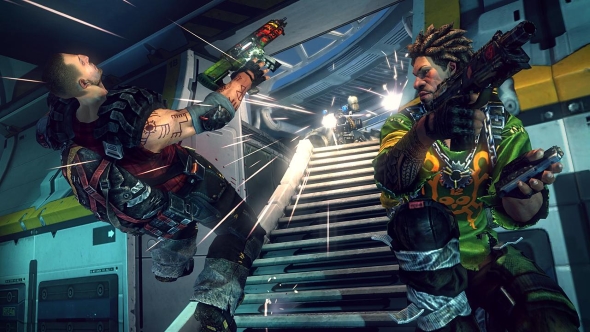 Without warning or understandable motive, Bethesda made their 2011 multiplayer shooter Brink free to play this week. That’s free in the truest sense, too; no retrofitted microtransactions or weird loot box systems have been added. But is being free enough of a reason to revisit this unsuccesful six-year-old experiment? Well, yes, provided you want to witness the museum of broken dreams.

I wish I could have been a fly on the wall as developers Splash Damage worked on Brink. It must have been a truly exciting time. This was a team who’d created Wolfenstein: Enemy Territory, one of the greatest multiplayer games of the early 2000s, and their minds were packed full of new ideas. The years leading to 2011 weren’t short on objective and class-based shooters, but Brink was different. This was campaign multiplayer.

Each of Brink’s multiplayer maps tell a story. They’re all chapters in a tale of civil war, complete with their own introductory and concluding cutscenes. They’re objective led, but not in the same way as a Battlefield or Overwatch match. Where other games base their maps around a single objective, Brink’s featured numerous quests that chained together. The opening minutes may require you to blow a door open, and then you may need to escort a VIP, who can then hack a series of terminals for you. The linking together of several objectives means that each match has distinct forward momentum and can last for a significant duration. 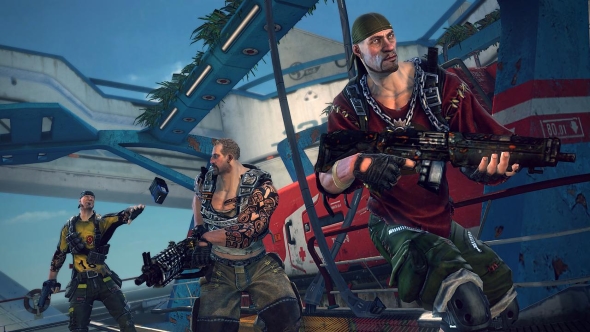 Many objectives require you to play as a specific class. You won’t get past a locked door if no-one on the team is playing an explosives-equipped Soldier, for example. You’ll also need an Operative for hacking tasks and a Medic to, y’know, keep the team fighting fit. The game constantly tracks both large and small-scale objectives. For example, as a Medic, your mission wheel will alert you to nearby injured teammates, as well as asking you to consider the core objective. Tasks you can’t do yourself are still observable, prompting you to think about if you should swap to another class at one of the loadout-selector computer terminals.

As a series of bullet points, Brink sounds near revolutionary, even now. A shooter that tells a story, has the multiple objectives and flow of a narrative campaign, but where all the enemies are other players? It’s been six years since it came out and there’s still nothing quite like it. But there’s a reason why Brink didn’t soar: its very fundamentals are a broken mess.

Weapons feel no more powerful than paper planes, with messy recoil patterns and upsettingly bass-less sound effects. Feedback from enemies is unclear, with diminishing health bars but little else to indicate if your hits are landing. Match progress is poorly communicated, and often it’s unclear what you should be doing other than shooting the people at the other end of the hallway. 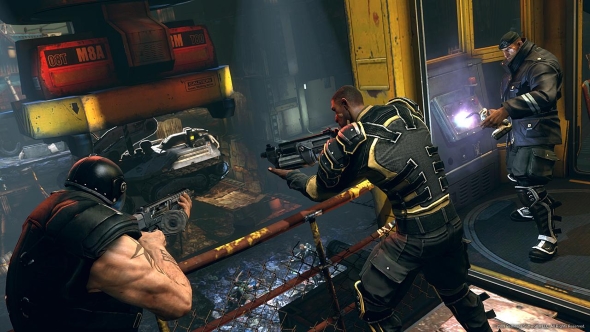 The parkour movement system, which was heavily featured in the marketing, is simultaneously floaty and sluggish. It offers infuriatingly slow movement speed with no sense of physical heft when performing mantles. As such, traversing a Brink map is genuinely painful – a true pity considering it arrived three years after the wonderfully smooth Mirror’s Edge.

With its core foundations so broken, Brink’s lofty ambitions can’t even take flight, never mind reach the stratosphere. It’s near impossible to appreciate the interesting things that the game does when you can barely take a step without it feeling so crumbly. And that’s a tragedy, because Brink could have been a fascinating step forward for the FPS genre.

Take a look around the modern shooter landscape and you’ll see some of the things that Brink did are now commonplace. Customisable characters with clothing options are a huge deal now, and recent Call of Duty games have wonderfully fluid parkour-influenced movement. The original Titanfall even did campaign multiplayer, albeit with only a smidge more success than Brink. The key thing, though, is most modern games get the fundamentals of weapon feedback, fluidity of movement, and player information just right. Games like Call of Duty are in the perfect place to carry on Brink’s legacy, if only they dared to dream a little bigger.

Brink needed to be built on a shooter core that actually worked. Going back to it today makes that more clear than ever. But there’s still something in there that I hope, one day, someone else will carry the torch for.