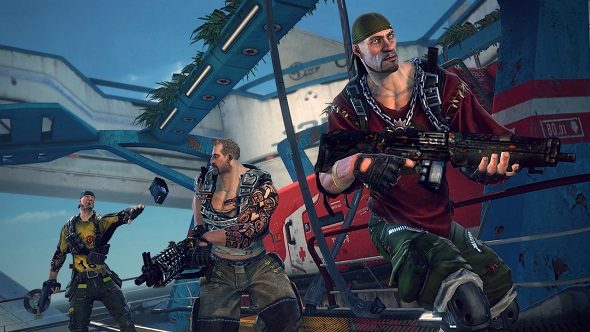 Today’s a good day for free games. Shadow Warrior is free to own for a limited amount of time, and now Brink has been made free-to-play. There’s not much context or much buzz about it, really – a two sentence news post announced it on the Steam blog.

If anything’s changed in the game to accommodate this, it’s not been publicised, so presumably this has been done to just bring new players in, or perhaps for Quakecon (given Bethesda published the game).

Despite the mixed reviews on Steam, it’s still a free game, and one that does a lot of interesting things with movement in a first-person shooter – if you go back into it now, you’ll probably notice a whole lot of features other games riffed and improved upon.

I’ve not had a chance to play it, so I have no idea if there’s people playing or if the servers are even still up, but it might be worth a quick download! In case you want to try it out, here’s the Steam page.