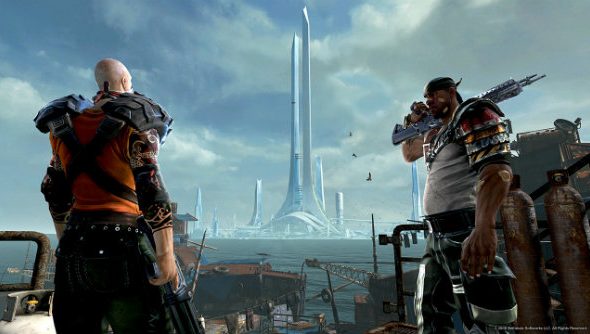 I can’t clucking believe it – Splash Damage, creators of Brink and Dirty Bomb, have been bought by a Chinese poultry company called Leyou. I sense fowl play. (I’m so sorry.)

I wonder if any of the developers making our list of upcoming PC games will get bought up by an Eastern meat manufacturer.

Leyou are no strangers to videogames, as they picked up Warframe developer Digital Extremes earlier this year. It seems companies that like chicken also really enjoy free-to-play shooters.

The statement (via allgamesdelta) only brings up “the consideration”, so we don’t know exactly how much the developer was sold for. However, the consideration does say the sum shall not exceed $150 million.

According to the statement, Leyou are buying up videogame developers to prop up their meat business. Apparently videogames are a safer bet than meat in China.

“The Group continues to face an arduous task in respect of the Poultry Business, where, despite efforts to improve raw materials procurement, feed production, breeder and broiler breeding, broiler slaughtering and process, quality and safety management and sales mix rationalisation and channel expansion, the management of the Group still has limited control of the business results and profitability under the harsh operational environment in the PRC.

Here’s the full statement from Leyou.