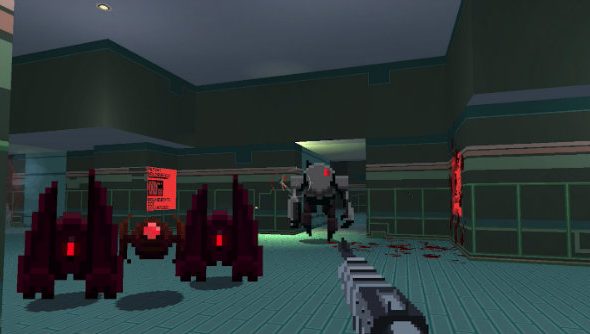 Bunker Punks looks rad. It’s a retro roguelike via Doom, where you skid around, circle strafing arenas at lightning speed while shooting things in the face.

If the whole shooting things in the face thing sounds good, why not check out our list of PC’s best FPS games.

In Bunker Punks you control a ragtag group of revolutionaries who are fighting for a better life in a dystopian future, raiding corporate strongholds for sweet loot. As well as twitch shooting your way through retro environments, you’ll be customising your bunker and upgrading your gang, so each run could potentially make future raids easier.

It’s being created by a man calledShane Neville, a triple-A veteran who’s been in games for almost two decades. His name is in the credits for Company of Heroes and Need for Speed, among others. Bunker Punks will be his 20th game.

Neville handled programming, art and design for the roguelike FPS. Audio and music were provided by Power-Up Audio (Crypt of the Necrodancer, TowerFall), A Shell In The Pit (Rogue Legacy) and Comaduster (Mass Effect 2).

Have a watch of the new trailer below: