There’s a fascinating article waiting to be written on the design of Risk, and why it’s such a recognisable and popular design (I checked, and there really doesn’t seem to be one, surprisingly…). The iconic game of conquest has been used as a starting point for any number of licensed spin-offs, plus adaptations by other companies into more ‘hardcore’ table-top war games. Leaders is a strategy board game by a German-based indie studio that takes the original formula, dresses it up for modern times, and offers some interesting twists and turns to keep it fresh.

Today’s recommendation is brought to you by Strategy Gamer & Wargamer – two of our sister websites run by Joe (that’s me!) that between them cover just about everything from mainstream strategy to hardcore wargames, digital to table-top. Leaders is published by Rudy Games.

If you start with Risk as a base, and then set it in more modern times and throw in a digital app, you end up with Leaders. It’s a strategy board game where two to six players compete for victory, but victory can be achieved in one of three ways. There’s military conquest, of course, although this is expressed by generating a required number of Production Points to achieve victory. You can also win by reaching a specified tech level, and the game also has several ‘Missions’ where, if you complete them, you gain a Victory point. When you hit the specified victory points target, you win.

Leaders is almost wholly powered by a companion app that you can download on your phone or tablet. You can either pass and play using one device, or enable multi-device play where everyone gets their own control interface. The app will run through the various turn processes, will tell you about any dynamic events that have happened, and generally run the game for you much like the app from the XCOM board game does.

It’s pretty neat, and the app itself contains all the various scenarios that you can play – each scenario offering different starting conditions, victory conditions, and even special rules. The other side of Leaders is that each ‘faction’ can be controlled by, well, one of exactly those – typically a famous world leader during the Cold War era. Each leader comes with a special power that further alters how you play the game.

This recommendation comes with a bit of a caveat as Leaders is not perfect – it’s a little rough around the edges, and some of the app stuff could be a bit more creative. But it’s also a wonderful experiment into the realm of app-powered board games, and is still unique and – more importantly – fun.

Some of the game’s mechanics really do sell it. For example, you’re actually only allowed to keep one unit in a region at any one time. Armed forces are built up at your Base Camp (an off-board holding area) and you must choose where and how to deploy your forces each turn. Once the turn is over, all surviving forces return to camp but they must then wait a bit before they can be reused again. It changes the nature of the map game entirely.

Another example is the creative use of the app to facilitate mechanics such as diplomacy or spying without bogging down the game with extra tokens or fiddly rules. 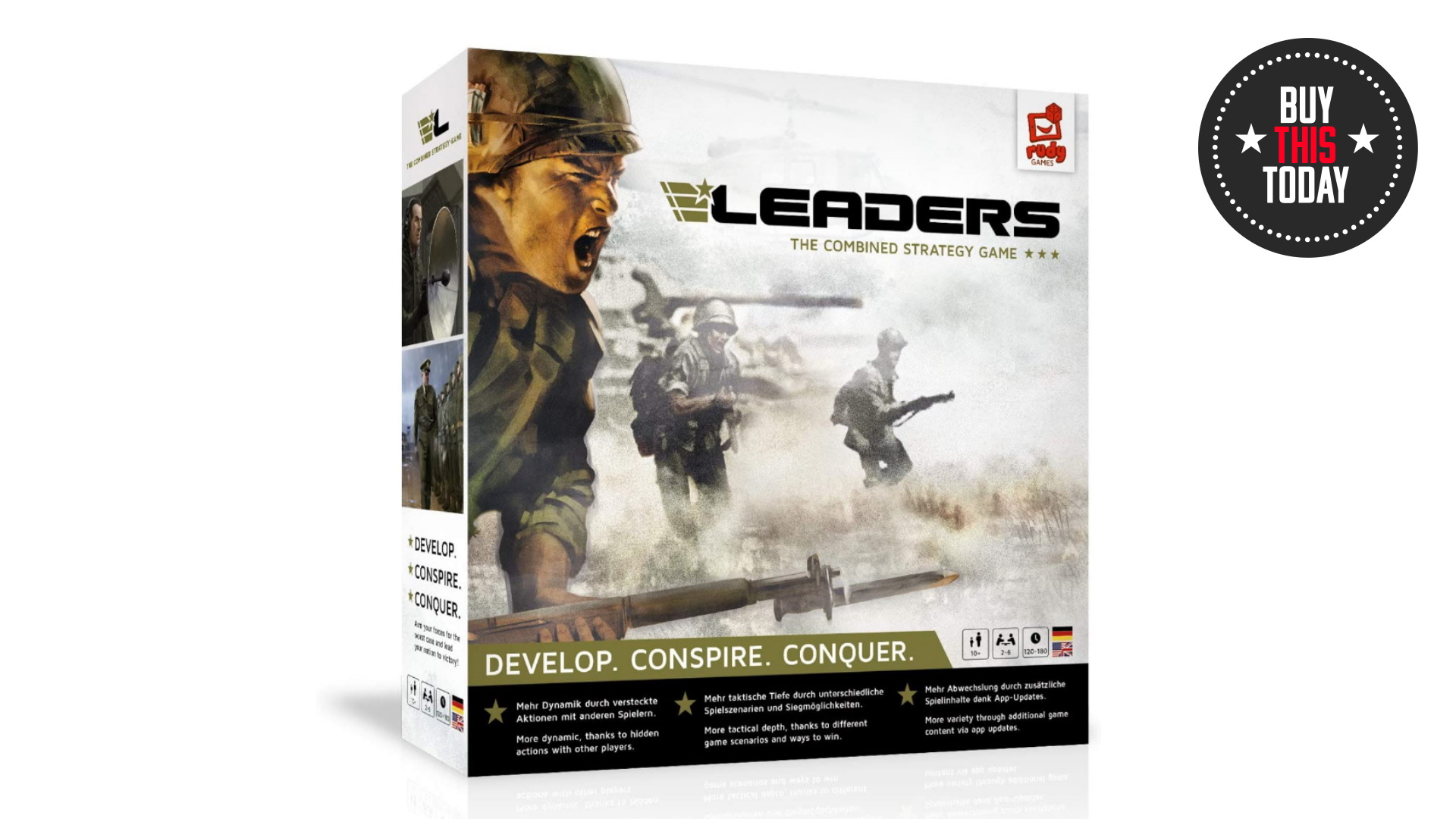 Leaders is a fairly self-contained experience – all you need is the base game, and the app itself is free – you just need to register it to a legitimate purchase. There are expansions you can buy that give you more Leaders to choose from, but those can only be done via the app.

In terms of the game itself, however, Amazon has you covered.