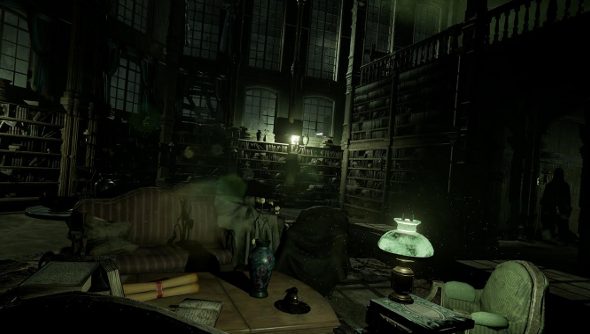 The last time I played Call of Cthulhu, the tabletop RPG, my character – a knock-off Allan Quatermain – was rendered unconscious and possessed by a malevolent entity. In this state, he transformed one of his allies into a cloud of red mist, thanks to his elephant gun, and then regained his senses just in time to see his other pal shriek in terror and run away. Since he was unconscious during the event, he was led to believe that it was his friend who committed the murder. A nervous breakdown and extreme paranoia followed.

I worry, then, about what Cyanide has in store for us with their single-player videogame adaption of the RPG, also titled Call of Cthulhu, which I caught a glimpse of, last week. Madness is almost certainly assured.

Chaosium’s tabletop game is the antithesis of D&D. Heroic, sword-swinging adventures are out; eldritch horrors and insanity are in. It’s not an empowering RPG, where muscles and weapons can win the day. The players are attempting to understand and defeat an evil that can’t be harmed, solving mysteries that will surely drive them mad. Death is the least of their worries.

While Cyanide’s Call of Cthulhu is a single-player, first-person adventure, it retains much of what makes the source material so strange and compelling. It’s an RPG investigation game, dropping the PI protagonist on a peculiar island known as Dark Waters in the 1920s, as he attempts to uncover the truth behind the murder of an artist and her family.

The core of the game, according to Cyanide, is player-driven exploration and mystery. Evil will be fought, but unravelling enigmas takes precedence. Wits, stealth and persuasion are significantly more helpful than firearms. Much like the tabletop RPG, guns are often more hazardous than helpful. For instance, the player might find themselves in a network of caves, witnessing a twisted cult performing dark rituals. If they grab their gun and go in blazing, then they might be able to take out one or two enemies, but the noise will just bring the rest right on top of them, putting a stop to the search for truth with deadly finality. 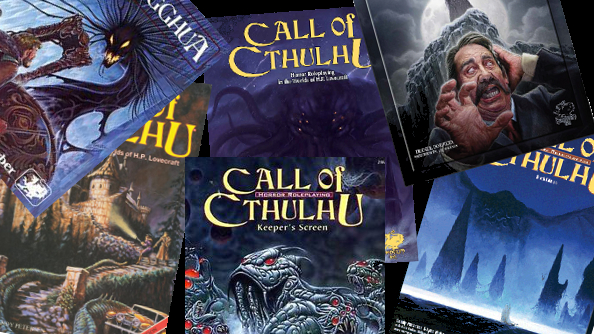 It’s the more cautious approach that will pay off in the end. Exploring the island, players will meet its residents, its shopkeepers, its local weirdos, and to gobble up all the lovely information that’s locked in their heads, persuasion, infiltration and nimble fingers are called on. How those skills are employed depends on the situation. Persuading one person might require a heavy hand, a bit of intimidation; another islander might react better to a silver tongue and some seduction. These characters will remember how they were treated, too.

Like the tabletop game before it – along with several Lovecraft-inspired games, like Amnesia and Darkest Dungeon – madness is Call of Cthulhu’s most dangerous foe. A multitude of things have threatened my tenuous grasp on reality in the original game. Flesh-bound tomes, watching friends get slaughtered, dark magic – everything wants to drive players mad. Countless things promise to send you round the bend in the adaption as well.

The specific malady you get in the tabletop game is determined by a dice roll, but in Cyanide’s Call of Cthulhu, it depends on what you are doing when you lose your grip on reality – on what has actually driven you mad. For instance, if you stupidly find yourself lost and stuck in some caves, you might develop a phobia of the dark. And as you grow more insane, reality starts to warp around you. In boring old RPG terms, it sounds a bit like a debuff, but one with oodles of flavour. While playing an unhinged private dick might sound like a lark, you’ll want to keep as much sanity as possible. Not only is it like a health bar, sanity is also a resource that can be spent on uncovering the truth. Essentially, you are bargaining your mental health by going to dark and dangerous places in search of more information.

Thankfully, this isn’t a solo job. While Call of Cthulhu is single-player, allies can be recruited to lend a helping hand, and the people living on the island might want to assist as well – though friendly NPCs might become enemies.

Your crew of fellow sleuths all have their own strengths and weaknesses, and they’re not immune to the horrors of the island. They help by going on missions, like breaking into a building to steal some documents or doing some important research. What they find very much depends on who they are, however. An academic might not be the best choice for a B&E, but if the place they’re infiltrating is full of arcane tomes, then they’ll have a better chance of understanding them than a thief. 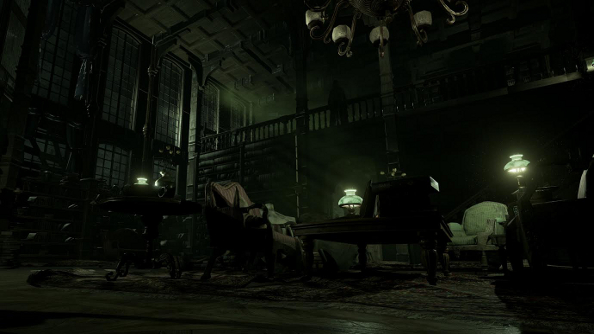 Things can and probably will go wrong for these NPC allies. Not only can they develop their own psychoses and descend into madness, they can also go missing while on the job. If that’s the case, then a new mission opens up, so players can find out what exactly happened to them. Something horrible, no doubt.

Call of Cthulhu’s companion system sounds like a decent solution to the problem of making a single-player videogame based on a multiplayer RPG. In the tabletop game, investigators can go it alone and follow their own leads, get into trouble and end up hoping their allies will find them before they are done for, and this system has the potential to capture this quite well.

Other concessions and changes have been made in the shift from tabletop to PC. Magic’s a notable one. Because, in the former, campaigns can go on for months (in-game) and involve a plethora of different characters, you may very well find yourself playing with or as a magic user or someone who has, over a long period, learned some spells and tricks. Cyanide’s Call of Cthulhu, however, takes place over a short period of time and essentially starts you out at level one. So no magic for you. Well, no spells anyway.

Magic is a big part of the universe, so it can’t be ignored entirely. Players, then, can uncover magical artefacts that can help them – if they aren’t driven mad first – and some companions are arcane dabblers, conveniently.

While Call of Cthulhu is not based on any one tabletop campaign, it might seem familiar thanks to the involvement of game designer Mark Morrison. His tabletop credits include Horror on the Orient Express as well as campaigns set in his native Australia. So while the systems may have been tweaked to fit around the frame of a first-person RPG, it’ll still hopefully feel like an authentic Call of Cthulhu adventure.

It’s in pre-alpha at the moment, so aside from a trailer, some screens and a bunch of delightfully grotesque concept art, Cyanide weren’t ready to show off much of the game. A lot of intriguing promises are being made, though. And, importantly, it looks like it won’t be a victim of one of the major issues that plagued the last – otherwise excellent – Call of Cthulhu adaptation, Dark Corners of the Earth, by focusing on stealth and exploration and not combat.