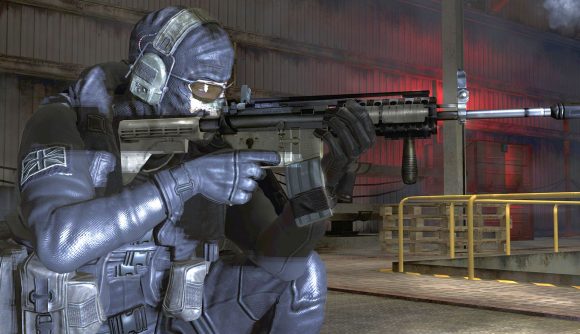 It’s Infinity Ward’s turn to make the next Call of Duty – assuming the established three-studio rotation remains in place – and the developer’s communications manager Ashton Williams has probably been subtly teasing it since December.

Williams has been posting gifs of macabre imagery – including a few classic Mickey Mouse cartoons and the odd bit of Satanic art – on an almost daily basis since December 1. These teases, if that’s what they are, had gone unnoticed until January 1 when some ghosts led COD fans to conclude that the next game would be a sequel to 2013’s Call of Duty: Ghosts.

However, Kotaku’s well-connected Jason Schreier says on ResetEra that “it ain’t Ghosts 2!” Assuming that’s correct, some connection to Infinity Ward’s main COD sub-series, Modern Warfare, is one possibility. Modern Warfare 2 featured an SAS trooper named Ghost, who wore a skull on his mask and became a fan favourite. A prequel or spin-off featuring Ghost, or a Modern Warfare 4 that featured him in some other way, is our best guess right now, though there’s always the possibility that it may be an all-new IP.

Here’s Williams’s latest tweet, so you can see the kind of thing that’s got everyone excited:

Ghosts itself was briefly planned to be Modern Warfare 4, and the first Modern Warfare was the game that did more than any other to cement Call of Duty as the juggernaught it is today. Thus a return to the Modern Warfare timeline would seem a sensible move given the hostile reception to the space opera that was Infinite Warfare, and has been rumoured for some time.

Of course, Ghosts didn’t get the best reception either, but presumably Infinity Ward will have learned some lessons from that experiment. It’s this that makes me think a spin-off focused on Ghost himself, to make the most of his status with the fans, is likely.