Asus and Activision have just announced they are working together with the release of Call of Duty: Black Ops 4. With potential CoD-branded Republic of Gamers hardware, game bundling, and RGB pretties synchronising with your multiplayer death, the partnership is designed to show just how much the PC audience means to the Call of Duty franchise this time around.

The key takeaway is that if you pick up a new Asus RoG product between today, September 10, and the game’s release on October 12, you get a free Digital Standard Edition version of Black Ops 4. It’s worth noting that timeframe does mean that you could be picking up the new Call of Duty game with your RTX 2080 or RTX 2080 Ti card if you opt for an Asus version of the new Nvidia GPU.

Both those cards are set to launch on September 20, so if you’ve been smart and not pre-ordered, you could still grab a bundle once you’ve had a chance to check out our in-depth reviews of the new cards. Shameless plug there…

Right now it’s not 100% clear which products are going to fall under the remit of the bundle, but you can check out the promotion mini-site to see the full details. At the moment it looks it’s only going to be on the big stuff, such as graphics cards, monitors, and full systems, but it also looks like the free game is going to be yours with an RoG motherboard… but only if you buy an Intel processor to go with it. 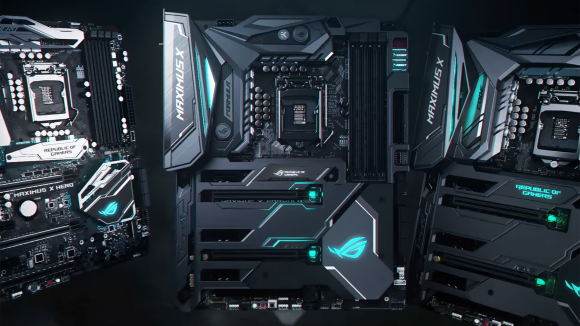 We’re expecting both Asus and Intel to release new goodies in the coming months, with both the Z390 motherboards and Intel i9 Coffee Lake refreshes to drop before the end of the year. Whether a bundled Call of Duty game is going to be enough to sway people to make the upgrade though is unlikely.

It is, however, interesting the deal doesn’t look like it’s going to be running on Asus’ RoG motherboards which support AMD processors. Yes, like a rogue state, AMD seems to be left out of Call of Duty’s dedication to PC gaming. That said, it is possible the bundle may still support the AMD Radeon graphics cards which sell under the Republic of Gamers brand… though we expect not with the Arez cards. 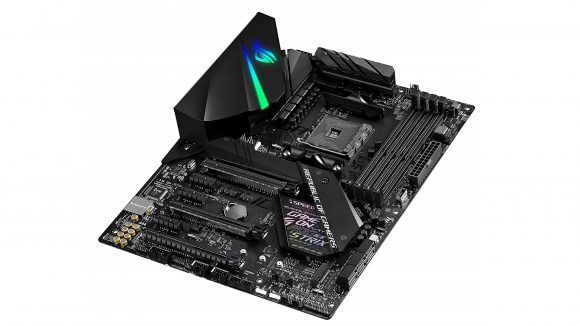 If you’re an existing RoG gamer you’re not going to be left out. Well, you’re not going to get a free game, but Activision and Asus have been working together to get the game synchronising with the RGB lighting of its peripherals and PCs. That means every Blackout monkey bomb will be fully realised via the medium of LED lighting across your mouse, keyboard, headset, and motherboard. Just like you’ve always wanted.

Asus has also intimated to us the partnership has been a little deeper than simply providing a few game code for bundles and a little lighting integration, suggesting that it has helped Activision with finalising specs, and helping test the game on its hardware.

So maybe Activision is taking the PC version seriously this year.