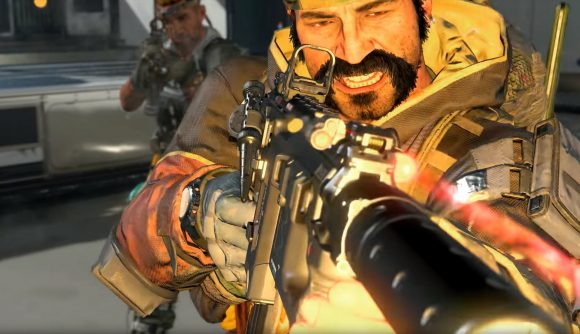 Call of Duty: Black Ops 4 is the first game in the series to launch exclusively on Blizzard’s Battle.net service for PC players. If you wondered whether the lack of sales on Valve’s prolific storefront would affect the bottom line, wonder no more. Without Steam, Black Ops 4 still managed to sell triple the number of units on PC in the first three weeks compared with its Steam-exclusive predecessor.

Across all platforms, the first three weeks of Black Ops 4 saw it sell-through more units than Black Ops III in the same time frame. That number is, again, tripled on PC. People are sticking with the game more regularly, too – total active users are up 16% and hours played are up 20% across platforms.

We also know from earlier reports that Black Ops 4 player count is more than double that of WWII. Activision’s latest financial report wasn’t great for the company – disappointing Destiny 2: Forsaken sales are a particular culprit – but the company certainly isn’t regretting the decision to focus on PC for the latest COD.

In fact, during the post-report conference call Activision CEO Bobby Kotick cited a number of reasons why the company will continue to focus on PC. The bigger global audience is one, but perhaps the most notable is pure profitability. Kotick says PC makes them more money, since they don’t have to drop resources in other distribution channels.

It’s not all positive, however, as physical sales were down 50% on WW2, and nearly 60% on Black Ops 3, according to the UK’s physical charts. That didn’t stop it from topping those same charts, of course, and it’s also worth pointing out that physical releases just aren’t as popular as they used to be. That said, as we approach Christmas, I expect Black Ops 4 will continue to prove popular.

Check out Jordan’s glowing Call of Duty: Black Ops 4 PC review if you’ve not picked the game up yet. If you’ve been playing over the weekend, check out our Blackout tips to help you secure that first place finish. There’s also our Zombies guide, breaking down all the maps, characters, and custom mutations that you’ll come across in Black Ops 4’s co-op mode.