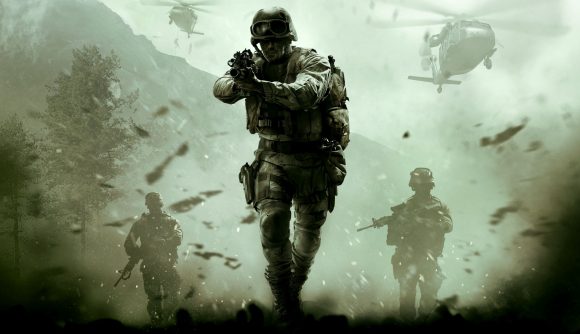 Over the last decade, cinemagoers have marveled as Disney has slowly transformed the sole purpose of movie theatres from a place to enjoy stories to a place to watch superheroes punch each other.

The combined box-office gross of Disney’s behemoth brand is astronomical, ranking in the billions, but turn to the world of gaming, and there is one unstoppable franchise that seems to have outdone it – Call of Duty.

Activision dropped this bombshell via a press release announcing the new head of publishing, Rob Kostich, who steps into the role following the departure of former Activision publishing CEO Eric Hirshberg.

“As a franchise, Call of Duty has now generated more revenue than the Marvel Cinematic Universe in the box office, and double that of the cumulative box office of Star Wars,” reads the statement.

When you consider the global cultural influence of the MCU, it’s a pretty staggering statement, but it’s actually not that surprising when you think about it. Activision is only comparing its earnings to the box office revenue of the film franchise, and not the vast merchandising and licensing campaigns that make the big bucks all year round.

Ever since Modern Warfare first dropped back in ’07, Call of Duty has been one of the most dominant franchises in gaming, which each title selling gangbusters up until the series took a minor sales slump around the release of Call of Duty: Ghosts.

Read more: Love it or hate it, the Call of Duty series has some of the best first-person shooters of all time.

Even the less popular Call of Duty titles like Infinite Warfare and WWII sold respectable figures, but Black Ops 4 represented something of a comeback for the franchise, boosted by the introduction of Blackout. Adding to the game sales, there is also the vast array of season passes, microtransactions and other DLC purchases that fans partake in year-on-year.

The press release doesn’t say how much COD has made overall, but by looking at the combined box office take of the MCU’s roster of films, we know it’s more than a certain figure. According to Box Office Mojo, the 20 films that make up the MCU so far (not including Spider-Man: Into the Spider-Verse) have raked in over $7,129,792,000. That’s a lot of loot boxes.