Call of Duty: Black Ops 4’s Blackout mode is a massive battle royale location built out of prior Black Ops locations – we knew that, but now we know the exact layout of the area, as Activision and Treayarch have at last provided the full map of the area.

There are 13 named locations, including Factory, Turbine, Cargo Docks, Fracking Tower, Rivertown, Asylum, Hydro Dam, Train Station, Firing Range, Array, Estates, Construction Site, and, of course, Nuketown Island. Many of those locations have obvious analogs in existing Black Ops maps, so you can probably guess at their layout.

There’s not a lot of open space on the map compared to PUBG or even Fortnite, which makes sense given Call of Duty’s traditionally fast-paced combat and the slightly lower player counts in Blackout compared to those existing battle royales.

The map’s been teased out piece by piece over the past day or two, with bits being sent out to various influencers. Shortly after the final piece went out and fans had pieced the map together, the official Call of Duty Twitter followed up with a full map labeled with each of the major locations.

Check it out in full below. 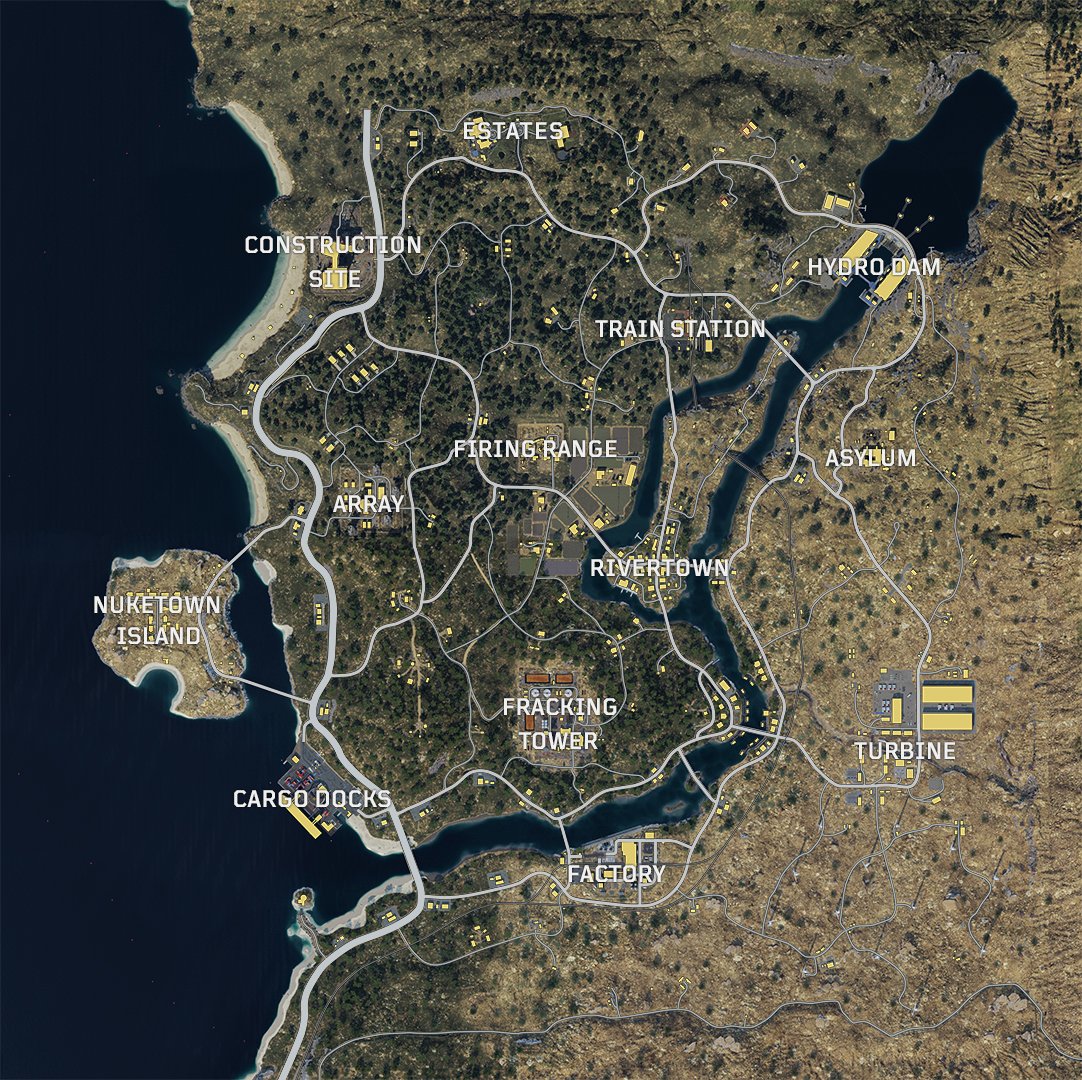 You’ll be able to see the map in action for yourself when the Blackout beta goes live. The Black Ops 4 release date is scheduled for October, so either way we’ll be seeing a whole lot more of Call of Duty’s take on battle royale soon.