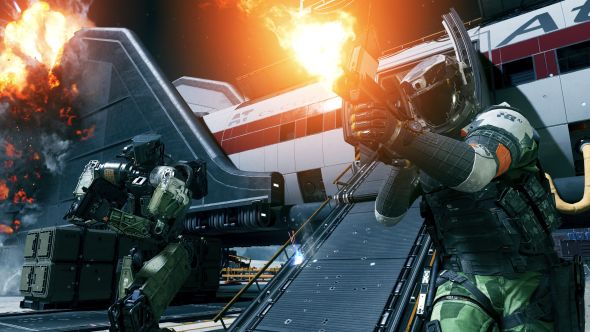 For the last 24 hours, some COD: Infinite Warfare players have been having an absolute blast. Unfortunately for anyone else not in on the joke, the FPS has been nightmare filled with insta-killing gun gods. Well, more so than usual.

For the best FPS games on PC, check out our list.

The happy (sad) times were being caused by the Proteus, an all-new sniper rifle introduced into the future shooter. It’s a sniper/shotgun hybrid that can be switched between the two modes on the fly.

In its sniper configuration, it can spit out three rounds in one shot. The thing is, it wasn’t behaving as you’d expect it to when fired from the hip. From that position, the gun just instantly killed anyone on screen, downing up to three enemies at a time wherever you were aiming.

Have a watch of the video above to see how ridiculous it was. Luckily, it was only live for 24 hours and has now been hotfixed. The community is now hankering for the broken version to be added back in for custom games and such.