Update November 7, 2016: Microsoft might not have been the ones who decided COD: Infinite Warfare players on Windows Store couldn’t play with Steam owners, but Activision’s decision means they’ve been forced to hand out refunds.

One player bought the special edition so they could play Modern Warfare Remastered with their friend on Xbox One, but they soon realised Cross-Play didn’t work on the title. To make things worse, after looking for a game of Deathmatch, the remaster showed there was only one more person looking for a game on Microsoft’s online platform. Yep, there were two players in the world looking for a game at the time.

Have you got your eyes on anything else in our upcoming PC games list? 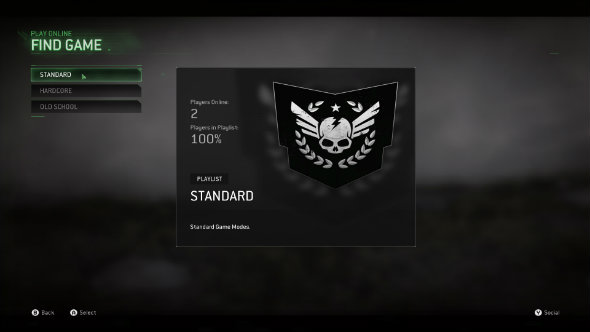 Speaking to Motherboard, the redditor in question spoke about his little brother’s experience with Microsoft.“It was very easy,” redditor hayz00s said in a private Reddit message. “He said they were very courteous and didn’t give him any trouble trying to get the refund.”

Activision are yet to comment on the decision that could potentially be a factor in why their latest is the weakest COD PC launch since Black Ops.

Update November 3, 2016:Microsoft have released a statement to say that this decision was Activision’s to make, and has nothing to do with Microsoft or the Windows Store.

In a reply toWindows Central, a Microsoft spokesperson said, “We support cross-play between devices and platforms for partners who want to enable it.”

We reached out to Activision earlier, so hopefully they clear the decision up soon.

Original Story November 3, 2016: If you’re thinking about getting COD: Infinite Warfare on Windows Store, don’t. Why? Because if you do, you’ll be forced to play with the (no doubt much smaller) playerbase on that platform. Windows Store versions of the sci-fi shooter will only let you play with other people who bought on Microsoft’s retail platform.

That means you won’t be playing with anyone on Xbox One, but that’s probably because of the differences between the platforms. Mouse and keyboards vs controllers might sound fun to us, but I doubt console players would be too happy. That’s understandable.

The fact you can’t play with people who have purchased on Steam though? That’s a deal-breaker. It’s a shame, because it would be good if another digital distribution platform gave Steam a bit of competition, but restrictions like this really hurt Windows Store’s reputation.

The news comes from Activision’s support site, via Reddit, where a FAQ clearly states: “You can only play these titles with other users of Windows 10 on Windows Store.” That goes for PC platforms and Xbox One.

I’ve emailed Activision to see if I can find out why, and will update this article if I hear back.