Let’s all take a moment to consider the difficult position that the Call of Duty franchise is in right now. They’ve taken the game to the distant future, set it in space, and squeezed ‘infinite’ into its title – and yet still the sales have dropped. Every dial is currently resting at eleven, so where can Activision go next?

For more aim-down-sights action, check out the best first-person shooters on PC.

This year’s instalment, Infinite Warfare, marks the series’ eleventh year as an annualised franchise. In that time we’ve lurched from the brink of modern warfare, back to the brutality of the Second World War, forward a little further to the Cold War, forward further still to a near-future full of mechs and drones, and further finally into the inky black void that is space. So, using a great deal of guess work, and some examples from other well-worn franchises, let’s go ahead and boldly predict what COD’s next decade might hold for us. “Sledgehammer Games presents Call of Duty: Nam ‘67, the next generation of combat shooters and one of the most anticipated games of the year. Fight in the dense jungles of Vietnam, dodging traps, witnessing atrocities and paying homage to war films we’re all aware of but haven’t actually seen. Featuring a searing campaign that’ll take you from the ruins of Saigon to the bleak depths of a Hanoi POW camp, where you’ll definitely have to take part in a game of Russian Roulette and commit wanton destruction to the sound of The Doors.”

Sledgehammer’s turn on the Call of Duty merry-go-round is a revival of on one of their previously cancelled titles, a gritty and realistic Vietnam-based Call of Duty. The change is welcomed by critics and fans alike after the series’ recently favoured futuristic settings. Activision are immediately sued by Shellshock: Nam ’67’s publisher. 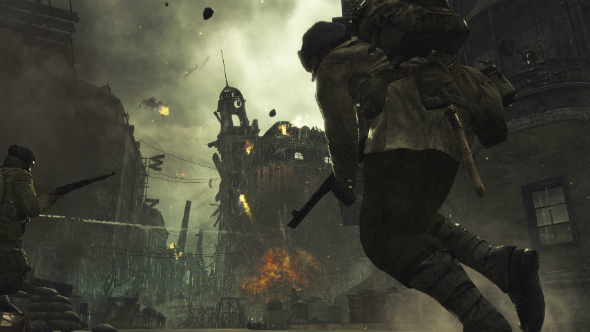 “Treyarch presents Call of Duty, the next generation of combat shooters and one of the most anticipated games of the year. The world’s biggest entertainment property goes back to its roots to deliver you the full fury and chaos of the Second World War. Storm the beaches of Normandy, break the siege of Stalingrad and witness the ruthlessness of the Pacific theatre in an all new campaign. Take the battle online in competitive multiplayer, featuring a totally new and revamped class system and more perks than ever before. Plus zombies.”

The wheels are in motion, Call of Duty heads down the only path that makes sense in the wake of Battlefield 1: backwards. Treyarch go one better than Dice though, stripping their game of any subtitle or number so as to really let fans know they mean business. Of course just like with Battlefield 1, the shift in setting doesn’t equate to any meaningful gameplay changes for the series. Critics bemoan the prevalence of mechs and jetpacks, despite Treyarch’s assertion that these technologies were being experimented with at the time. 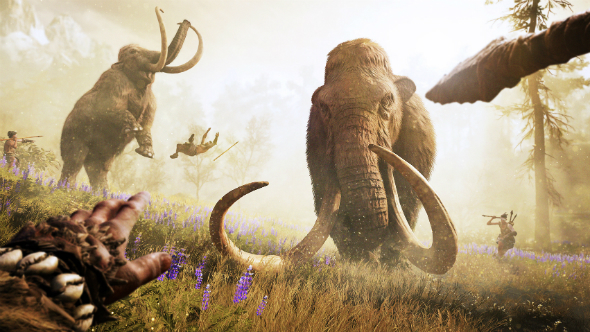 “New weapons. New enemies. New Call of Duty. Infinity Ward presents the next generation of combat shooters and one of the most anticipated games of the year, Call of Duty: BC. Take control of humanity’s first soldiers, the Chukchi-Kamaltkan’uhlbar, a band of elite Denisova hominin snipers on a mission to save the world. Hone your skills with an all new set of fully upgradeable WAR TOOLS™, like the spear, club and sling. Compete online in the franchise’s acclaimed multiplayer and attempt to fend off the undead hordes in the brand new Call of Duty: Zombie Neanderthals mode.”

This marks the series’ creative zenith, with Infinity Ward pulling out all the stops to ensure their game can’t be accused of either rehashing the past or pissing about in the far flung future. Fans hate it of course, mainly because there are no conventional firearms, and also a couple of the new perks are “total BS” and “completely ruin the game”. Activision cite false accusations about reusing maps as the sole reason for the massive decline in sales.

Bereft of ideas and facing bankruptcy in the wake of Call of Duty: BC’s commercial collapse, Activision decide to do an Assassin’s Creed and give the series a breather, cancelling all projects (Call of Duty: Finite Warfare and Call of Duty: Black Ops 4) in order to focus on the financial security of the IP. 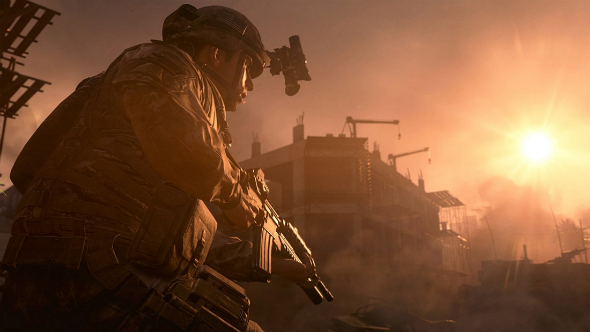 “Call of Duty: Modern Warfare is back, remastered in true high-definition for a new generation. Relive the iconic campaign and team up with your friends online.”

In dire need of money, Activision finally start selling Modern Warfare Remastered on its own. Sales soar and Activision reopen their studios and resume production on the series, looking to capitalise on this moment by rushing a new COD game out by November, 2022. 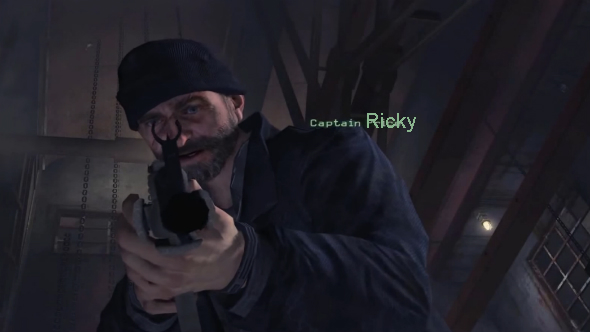 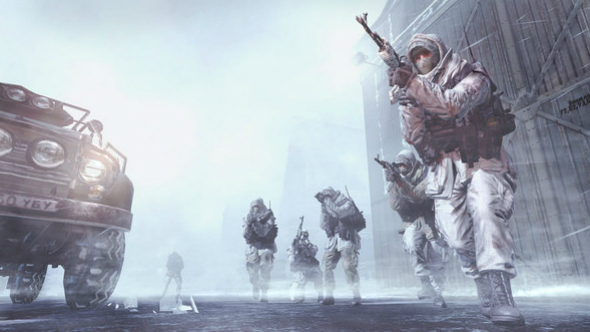 “Relive the iconic campaign and team up with your friends online in one of the most anticipated games of the year, Call of Duty: Modern Warfare 2 Remastered.”

Sledgehammer Games’ lovingly crafted remaster of the classic first-person shooter is a critical and commercial flop. The studio is closed. Activision look to Treyarch to give the franchise the change of direction it so badly needs. 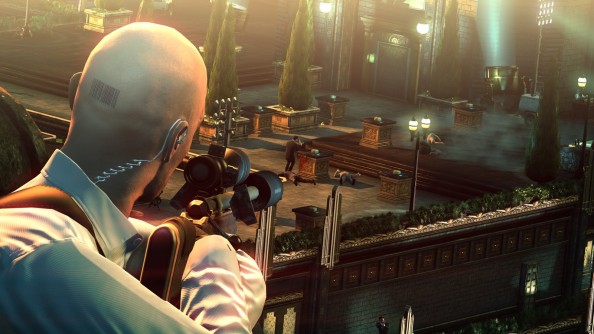 “As a new recruit in the elite Task Force 141, you travel around the world performing high-profile rescue, assassination and recon missions. Each month will see the release of a new batch of missions set in exotic locations like Myanmar, Delhi and Venice – culminating in the release of the Season Finale pack in November 2025. Join together with up to three friends in order to confront your threat, and repeat each mission to unlock new weapons, skins and unique objectives that can only be attempted once.”

Despite initial scepticism, Treyarch’s episodic approach to the series is eventually hailed a success, bringing millions of new players to the franchise with its mix of accessible gameplay, blockbuster production values and low-cost barrier of entry. Many lament the lack of competitive multiplayer.

Another franchise break comes as Treyarch and the newly reopened Infinity Ward team up for one last Call of Duty project. 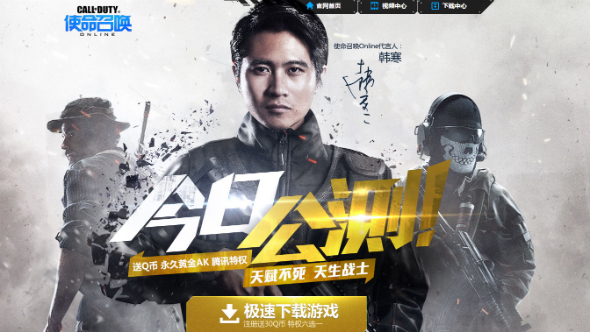 “23 years of Call of Duty multiplayer available for the first time in one place for a monthly subscription fee. Complete with leagues, social media integration, streaming integration, comprehensive stats and regular content updates, Call of Duty: Online is the next generation of online combat shooters and one of the most anticipated games of all time.”

Finally, the franchise finds its resting place in the annals of gaming as a subscription-based online shooter. Uptake is slow, but steady, and regular content updates provide fans with enough incentive to keep coming back. Everyone is happy forever now.

Where do you think Call of Duty should go next? Underwater? Underground? Let us know in the comments below.