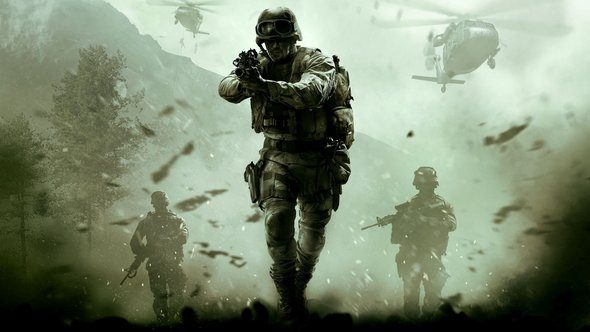 Update June 20, 2017: The standalone version of Modern Warfare Remastered has leaked yet again.

This time, the leak is in the form of a boxed copy for PlayStation 4.

If COD isn’t your thing, perhaps our list of the best FPS titles could help you find an alternative.

Images of the box were sent to COD information site Charlie Intel by “a tipster” who claims to work in games retail. They say their computers have marked the game for release on June 27. Since that’s next week, surely it won’t be long until we hear an actual announcement.

Charlie Intel also say that some Target stores in the US have listed the game for sale at $39.99. That’s less than earlier leaks suggested, and much more reasonable for a remaster. 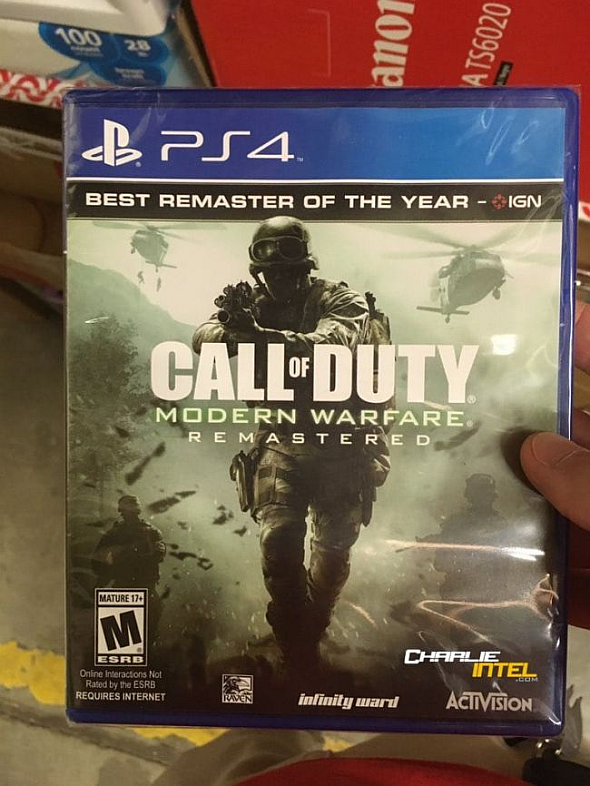 Given Activision’s exclusivity deal with Sony on major franchises including COD, there’s a chance that the PS4 release date is a month earlier than the PC release (assuming it has one).

This is at least the third leak for a standalone version of COD: MWR – see our earlier coverage below for the others – so, though we still haven’t heard any official announcement, it’s getting difficult to stay sceptical.

Update May 31, 2017:Another retailer has listed a standalone version of Call of Duty: Modern Warfare’s remaster.

Amazon Japan has listed a standalone version of Call of Duty: Modern Warfare Remastered for sale, with a planned release date of June 20. That might be a month earlier than we’ll see it on PC, however.

AsCharlie Intel note, however, Amazon Japan had another listing for an Xbox One version with a July 20 release date, suggesting PlayStation 4 will get the standalone version a month early as part of Activision’s partnership with Sony.

That price of ¥7,776 JPY is comparable to that of other recent triple-A titles on Amazon Japan, and equates to £54.61 GBP or $70.17 USD, suggesting Modern Warfare Remastered might be a full-priced game when it releases.

The listings, which have both been taken down, follow another on rental site GameFly earlier this month (see below). Although Activision’s official FAQstill says the remaster “is only available through the legacy, legacy pro, and digital deluxe editions of Call of Duty: Infinite Warfare,” a second listing makes it more likely than not that a standalone version is coming.

It’s no surprise, really. Activision have surely calculated that many people refused to pay extra for a special edition of IW, yet are still interested in a highly-polished version of one of the most popular shooters ever made. Nonetheless, it runs contrary to their rhetoric around the time of Infinite Warfare’s launch, which strongly implied a standalone version of the MW remaster wasn’t on the cards.

Original story May 4, 2017:A rogue listing posted on videogames rental and streaming site GameFly suggests that a standalone version of Call of Duty: Modern Warfare Remastered may be imminent. According to Call of Duty info siteCharlie Intel, the listing (which was swiftly taken down) said that the remake will be available on GameFly starting July 20.

For many fans of the series, this will come as no surprise. In fact, it’ll be more of a shock that it has taken Activision this long to release the re-working of the now classic 2007 first-person shooter. The decision to bundle it exclusively with Infinite Warfare for the last seven months has received a less than positive response from fans, many of whom felt somewhat slighted at the $80 price tag required to get at the remaster. Rubbing salt into the wound, Activision then proceeded to sell map packs for $15 and add microtransaction loot crates to the mix.

Of course, this could all just be an administrative error over at GameFly and right now, some poor intern may well be getting roasted over an open fire. Either way, Activision are remaining tight-lipped about the whole affair, perhaps adding somewhat to its validity.

If you don’t want to bet on the standalone coming, or if you just feel like playing Infinite Warfare, you can grab the Legacy Edition which includes both titles on the Steam Store for $79.99/£59.99.