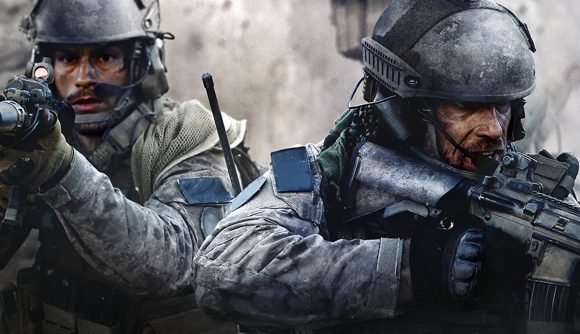 The new Call of Duty: Modern Warfare was officially unveiled earlier this week and its first look leaned heavily on the grim and gritty single-player campaign. But it’s now been confirmed that Modern Warfare’s popular co-operative mode, Spec Ops, will definitely be in the game.

Speaking on E3 Coliseum, Infinity Ward’s Narrative Director, Talyor Kurosak, confirmed the inclusion of Spec Ops, explaining that the co-op mode would be making a welcome return to the series. “In the previous Modern Warfare games, there was a mode called Spec Ops, and we are going to have Spec Ops in the new Modern Warfare.”

Kurosak goes on to explain, in some sort of weird pseudo Spinal Tap referential way that gets mixed up part way through, just how Spec Ops in Modern Warfare will be more intense than in Call of Duty’s previous titles. “It’s Spec Ops to the eleventh hour,” he says. “Crank the knob off, break it, and throw it away.” Infinity Ward’s art director, Joel Emslie, pipped in, “It’s next level.”

Mentions of “co-op experiences” were all over the early press releases, but a bit more detail became clear when pre-orders went live on Battle.net and other digital stores. Co-op is given equal billing against campaign and multiplayer, and it will let you “squad-up and play cooperatively in a collection of elite operations accessible to all skill levels.”

Spec Ops offered up a host of cooperative maps with specific objectives across a variety of difficulty levels – some of them built out of campaign locales, while others were entirely original. Kurosak explains how he wants all the game’s modes to work in effortless narrative cohesion.

You can watch that debut trailer again above.

The Call of Duty: Modern Warfare release date is set for October 25, so expect to find out plenty more on what all the new modes entail over the next five months.