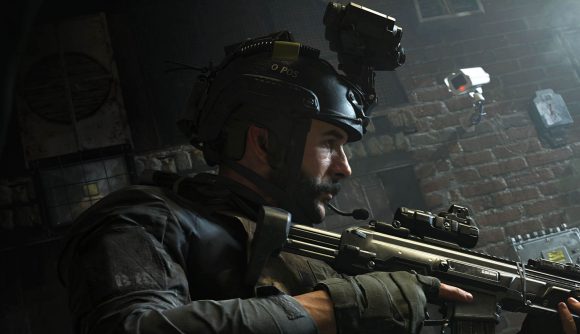 Call of Duty League events are being scaled back as a number of the teams involved were at risk of being “overwhelmed”, according to a new report. Sports Business Daily claims Call of Duty franchises were struggling to deal with the demands of both a league and tournament formats simultaneously. The game’s esports scene will therefore hold fewer events in 2020 than originally anticipated.

It initially appeared the upcoming season would be played in a home and away league format, before Activision confirmed in December that a traditional tournament system would also return. However, only now has it emerged that the move to reintroduce tournaments – and to remove one of the two league events each weekend – is at least in part to help ease the pressure on franchises, many of which also compete in the Overwatch League.

Seattle Surge, London Royal Ravens, and Minnesota Rokkr are the only Call of Duty League franchise owners who don’t also have spots in the Overwatch League. Nine out of 12 teams in the CDL also compete in the OWL; since both leagues operate in a home and away format around the globe, it would have required a significant logistical challenge to compete in both under the proposed system before this change.

The new CDL season is to be played on PlayStation 4 using Call of Duty: Modern Warfare. It kicks off in Minnesota on January 24.

'@CODLeague is expected to hold fewer events in '20 than originally anticipated, as part of its switch back to a tournament model.

➖ Move was made in part because some teams were becoming overwhelmed at the prospect of hosting both CDL and @OverwatchLeague events, per source. pic.twitter.com/j9Tdiky5lK