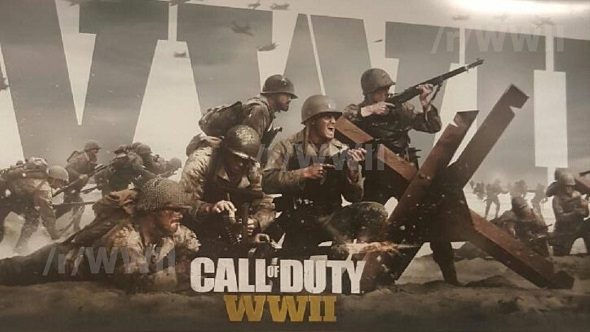 It’s official: Call of Duty is going back to its World War II roots. The announcement, made by Activision today, confirms artwork that leaked toward the end of March indicating the new game’s title: Call of Duty: WWII.

If you want to prep for the landings, check out these great WWII PC games.

For now, all we’ve got is a tweet and a teaser site with a countdown to a worldwide reveal. That’ll happen via a livestream on April 26 at 18:00 BST (or 10:00 Pacific) – next Wednesday.

Otherwise, the teaser site shows an intense-looking soldier, American by the looks of it, with his hands folded over the butt of a gun and a pair of dog tags wrapped around his fingers. The font used for the game’s subtitle tallies with that used in the leaked artwork, so – as our source indicated – that’s presumably all official too. 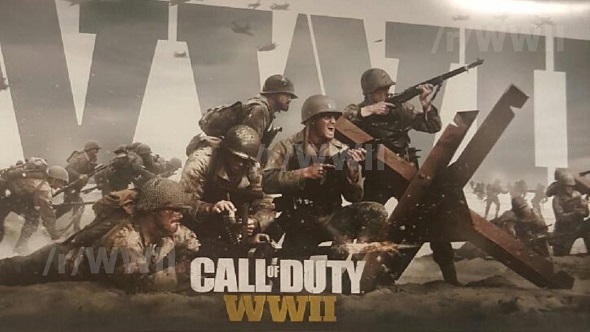 Guess we know what the marketing will look like, and that the game will take us to the beaches of Normandy. For more, we’ll have to wait until Wednesday. In the meantime, Activision have posted a brief history of the series’ relationship with World War II, which is a fairly cool read if you like your gaming history. Until Call of Duty 4: Modern Warfare, the series never left the WWII setting, but since that seminal game it’s only once revisited the past – in 2008’s COD: World At War.

Are you excited about COD going back in time?

Update March 25, 2017: Thanks to a trusted source with insider knowledge, we can confirm the veracity of this leak.

Our source told us the game’s title ahead of the leak of this promotional art, corroborating the title seen in the leaked images. You better break out the M1 Garand and warm up those sea legs for later this year.

Original story March 25, 2017: Well, it seems it’s time for the year’s scheduled Call of Duty leak. In a series of images which supposedly show the game’s poster and potential steelbook designs, Sledgehammer Games may be going back to where the series first began, with 2017’s Call of Duty installment being set during World War II.

Initially sent to a Call of Duty YouTuber named TheFamilyVideoGamers, these screenshots show off what could be promotional art for the game, including a potential pack shot and images of branded steelbook cases. The artwork shows a group of Allied soldiers storming one of the beaches at D-Day, in scenes which look similar to shows like Band of Brothers or previous WWII shooters like Medal of Honour.

The screenshots were then compiled by Call of Duty fans on a subreddit called r/WWII. According to a mod of this new subreddit, the leaks are at least plausible with “the user [having] leaked plenty in the past,” and claiming to be the person that leaked images of Infinite Warfare before its release. While many tried to dispute the leak by stating that the images of the soldiers are from Saving Private Ryan, no-one has been able to find screens that corroborate this claim.

The move back to WWII makes sense at least, seeing as Call of Duty’s trips to the near future and space have underperformed compared to previous iterations. A return to the storied battlegrounds of World War II may be just what the series needs to recapture its audience. However, it comes with the loss of the enhanced mobility that came with games like Advanced and Infinite Warfare. I can’t imagine we’ll see Allied soldiers walljumping over barricades while Nazis kneeslide about, shooting off neon MP40s. If this leak is true, I imagine Sledgehammer Games and Activision will have to drop much of the multiplayer wackiness of recent Call of Dutys, in order to match the gravity of World War II.

The leak does line up with comments from Activision mind you, as a recent financial report did state that the latest Call of Duty would “take [the series] back to its roots”. Activision’s chief operating officer Thomas Tippl did elaborate on this in an investor call, stating that “traditional combat will once again take center stage” in this new Call of Duty, which does line up with a return to the conventional warfare of WWII.

However, this is all still speculation as the leak has yet to be confirmed. As with any modern leak, it could be an elaborate fake so take any screenshots or images with a pinch of salt until Activision officially release any information.