As you’ve probably heard about by now, Call of Duty: Warzone is getting a subway when Season 6 comes rolling in. It’s an exciting time to be a Warzone fan, but Activision wants you to remain responsible. No roughhousing with your mates while riding the Verdansk Subway System, please.

“There is no room for roughhousing onboard the Metro,” Activision declares in a subway-focused blog post. “In fact, the subway will not move at all if there is any conflict on board, or between the train and the platform, so keep fighting to the platform, stairwells, and outside the station.”

Such is the Metro’s distaste for hurt, it will also avoid any station that’s currently outside the ring. Activision further explains that it wants to avoid a situation where a squad may hop on and then be offed because the subway stumbles into a station that’s “under the effects of the circle collapse”. The Metro is a place for friends and not violence. That said, Activision does say that a squad can still ambush you in and around the train station, so keep your head on a swivel.

Warzone’s new subway system has seven stops in all, and these will be hit clockwise or counterclockwise. Once they stop, you can hop off and explore each station for supply boxes and loose loadout items. You can check out Activision’s post in full for some more information and tips, such as ‘minding the gap’. 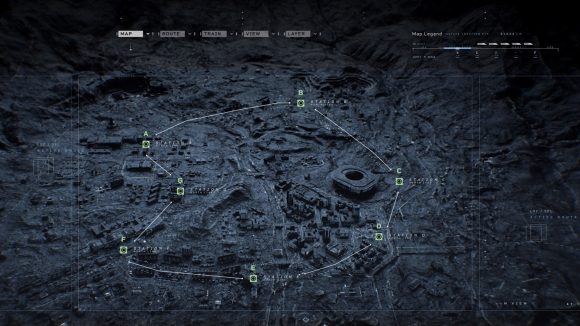 If you’re in a learned mood, you further study up ahead of Season 6 with our best Warzone loadout guide.