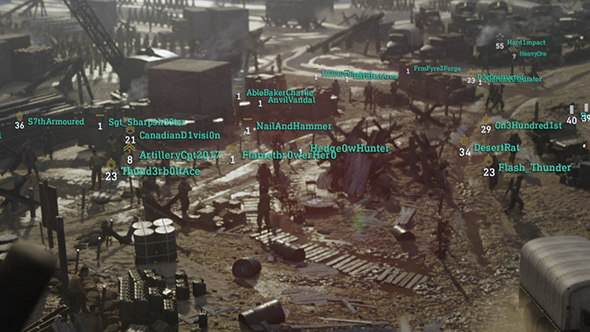 Call of Duty: WWII has been the most popular title the venerable series has seen in ages, but a specific error has cropped up in recent months to put an end to everybody’s good times. It’s on every platform, across a variety of modes, and nobody seems to know what’s causing it.

These are the best WW2 games on PC.

On seemingly random occasions, the screen goes black, the game reloads, and then players are presented with a “Memory Error” message followed by a short numeric code. As Kotaku have noted, it’s been showing up most frequently in Operation Neptune, but no corner of the game appears to be entirely safe. Errors have shown up in War, zombies, and according to a few reports even HQ.

The error’s been around at least since January, and is listed on Activision’s support page as a “known issue.” Sledgehammer have taken note of the reports on Reddit, and in their March 23 developer update say “we are currently investigating these issues so we can help resolve as soon as we can.”

In the meantime, it’s not exactly clear what players affected by the problem should do aside from wait for a patch. It seems to be affecting win/loss records as well with disconnects counted in the “L” column, so if you’re precious about your records you’ll want to play with caution. Hopefully the patch will come around before The War Machine DLC gets a wide launch.