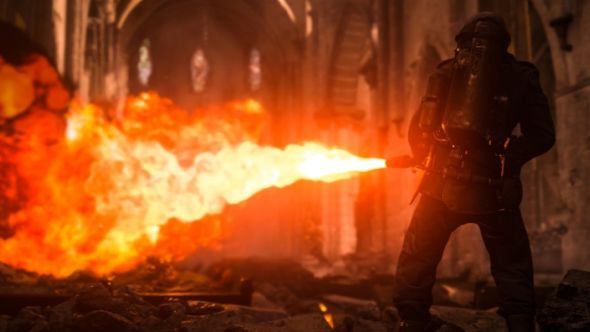 Before everyone comes at me with the “games journalism” quotation marks, that’s basically what Blizzard have said. They’re letting Destiny 2 onto B.net as a big ol’ favour to their pals (and sort’ve-owned studio) Bungie, but aren’t planning on any others.

Unless they want to, that is.

If this is all too confusing, here’s some definitive facts on Destiny 2’s dedicated servers.

“Our focus in terms of supporting non-Blizzard games is solely around Destiny 2” reads the official statement. It seems rather clear, until you get to the very next sentence, which says “aside from potentially evaluating needs or opportunities for future Activision games, we don’t have any short- or long-term plans to support third-party games with Battle.net.”

So they’ll only be supporting Destiny 2 … unless Activision ask nice / pay them / they take a liking to something. Which, well, I sort’ve would have assumed anyway.

Once we see how Destiny 2 is implemented into the Battle.net interface we’ll know more. If it’s right alongside all the Blizzard games, you know it really is planned as a one-off. If it arrives in its own tab of non-Blizzard titles, that’s a little different, and is planning for future expansion.

Blizzard’s explanation goes like this: “It’s important to us to maintain our quality standards for any experience or service we’re putting in front of our players, which represents a big investment of time and effort on our part, so this is not something we’re jumping into lightly.”

To translate: you’re definitely not getting an indie $100 buy-in to be on Battle.net ala Steam any time soon. However, the door is wide open for Activision – and that includes a lot more than Call of Duty – to ask for anything to be on there. Once the systems are in place, it also gets a hell of a lot easier.