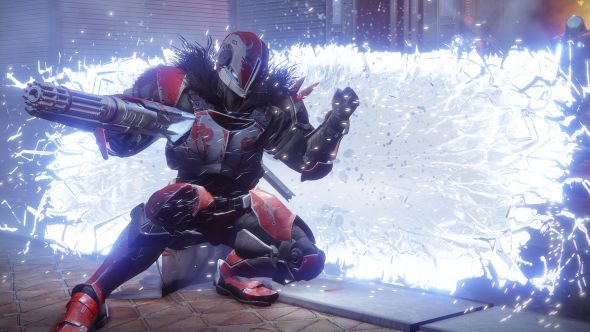 The bad news keeps on coming in the light of day for Destiny 2. In an interview with PCGamer, PC lead David Shaw confirmed that the peer-to-peer system the original Destiny used will be returning for the sequel, even on PC.

If you still want to play it, here’s what we know about Destiny 2’s PvP.

“It is a complicated typology. We do not have dedicated servers for Destiny 2 on PC” says Shaw in a short answer. It also confirms that the peer-to-peer system will be back for consoles, much to the chagrin of players on that platform and our very own Richard Scott-Jones.

PCG also asked whether any particular changes had been made to ensure lower latency on PC, where players are more sensitive to it. In a little bit of good news, Shaw at least says Bungie are working hard on an improved version of the previous system.

“We have looked at our tech and tried to figure out ‘okay, where can we optimize, how can we reduce that.’ So there is new tech coming, but I would say that, at the moment, it’s not specifically geared toward PC. But again, we have things we are doing to kind of get to the last push, so we’re very cognizant of those issues and we’re definitely trying to deliver the best experience possible.”

Not what we want to hear, and it won’t take many failed host migrations in PvE before I’m done with the whole thing. We’ll likely hear more about the PC specifics of this around the same time we hear a proper PC release date, in the next few weeks.

If at this point you’re screaming ‘but they’re running on Battle.net‘at the top of your lungs, Blizzard say they’re just providing out-of-game support – logging in, transactions, installs, etc. As PCG point out in their interview, that leaves anti-cheat another big question.