Modern Warfare is often remembered as the turning point of the series – when Call of Duty turned into COD, the cultural phenomenon. But that stunning, shocking campaign shooter did not come from nowhere – and with the series now looking explicitly back to its roots in COD: WWII, this is the perfect time to celebrate some of the invention in the earliest Call of Duty games – and one of the best World War 2 games on PC.

Read our Call of Duty: WWII review for our verdict on the throwback shooter. 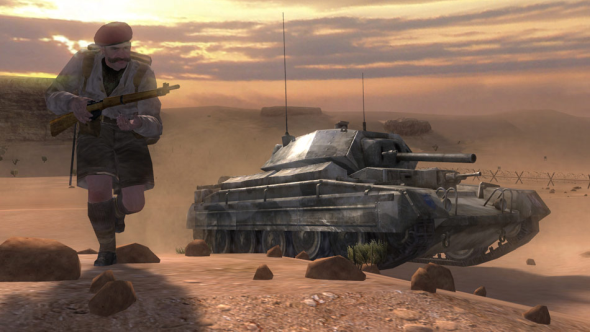 There is an inherent problem with telling a story about the most widespread war in history: how can you hope to represent even a tiny part of the conflict through the eyes of a single protagonist? The original Call of Duty countered that issue by shifting perspective between different soldiers. You were Private Martin, of the 506th Parachute Infantry Regiment, yes – but also Sergeant Jack Evans of the SAS and, in your most harrowing missions, Soviet volunteer Alexei Ivanovich Voronin.

This conceit allowed Infinity Ward to transport you back and forth from the Western and Eastern Fronts – so that you could fight in the Battle of the Bulge with the Yanks, destroy V2s with the Brits, then join the Russians in storming the Reichstag for the finale. But more than that, it established a perspective-hopping precedent that went on to enable COD’s most ambitious storytelling.

By Modern Warfare, Infinity Ward had us playing six characters over the course of the campaign. Think of the series’ most memorable moments: witnessing an execution through the eyes of the prisoner, perhaps, or experiencing nuclear annihilation up-close. Or how about playing the part of a terrorist in No Russian? For better or worse, none would have been possible without that early innovation in first-person narrative. 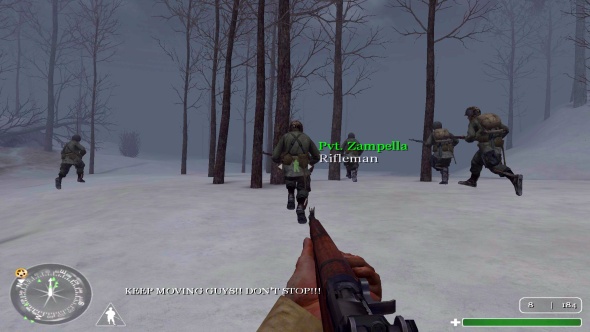 Shooters in 2003 were still indebted to the template laid down by id Software in the ‘90s: power fantasies that made you practically – and with the right power-ups, literally – invulnerable. But Call of Duty showed it was determined to make you feel as vulnerable as possible.

As a paratrooper joining a ragtag unit in Northern France, you crawled on your belly into the town of Sainte-Mère-Église, cowed by the blaze of a mounted MG42. Only dead farm animals lay between you and the hail of bullets – and if that were not sobering enough, then enemy bombardment certainly was. Any shell landing too close would knock you prone, leaving you temporarily deafened, until the hellish noise of machine gun fire came whistling back. Never before had a WWII shooter worked so hard to capture the psychological effects of war as well as the physical.

The impact was heightened further still in Stalingrad, and on the beach of Pointe du Hoc in Call of Duty 2 – both missions where the churn of dead comrades around you became impossible to ignore. In a genre where we were almost exclusively made to feel immortal, Call of Duty hammered home our human fragility. 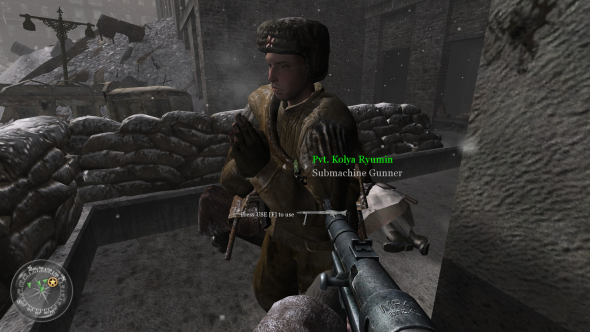 Although COD has largely drifted in the direction of permanent squad members – your Captain Prices and Sergeant Sullivans, for example, are unkillable until the script decrees their number is up – the earliest entries in the series would field a healthy dose of randomly generated squaddies too.

Without your intervention these soldiers were often dead within minutes – but their names, ranks, voices, and fearful expressions were enough to make them feel more real. Enough to encourage you to reload and see if you could change their fates. By Call of Duty 2, generated soldiers would call out to each other by name, and occasionally survivors were granted recurring roles in later missions. The rules of these systemic elements were never made clear to the player, and that muddiness only made them more intriguing. Even at this point in the series, Infinity Ward were experts at humanising cannon fodder, mixing scripted and system elements to powerful emotional effect. 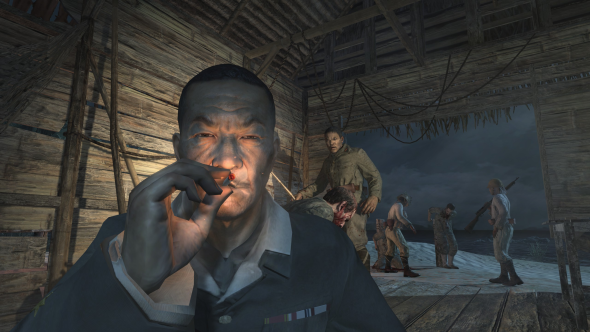 The first two CODs had been respectful, relatively bloodless affairs – tied to their roots in the Spielberg directed Medal of Honor, which had in turn been heavily influenced by its veteran consultants and age rating. But the series veered into stylised horror under the stewardship of Treyarch, who picked the Pacific Theatre and Eastern Front for a particularly grim and gory portrayal of war.

Coming a year after the success of COD 4, World at War saw the series indulging in the kind of lavishly-staged scripted sequences it has since become known for. Take the Japanese combatants who stagger like zombies in the wake of a treeline bombing run. Or an early, surrealist jungle ambush, lit in near black-and-white by blinding flares.

At times these set-piece showcases of an animalistic Japanese enemy were uncomfortably jingoistic – even dehumanising – in a way you would hope the series would never replicate now. But at its best, World at War established a contemporary willingness to push the FPS toward the horror genre. Same historical setting, but more modern warfare.