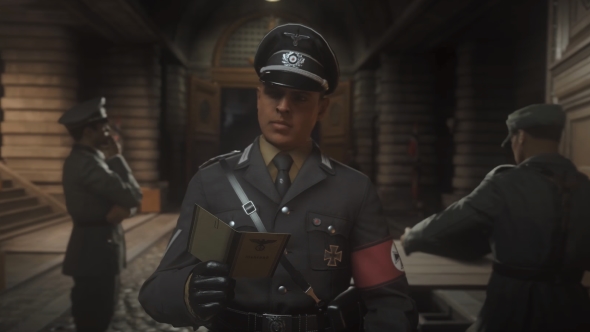 Call of Duty: WWII is a game about looking backwards in all the right ways. You will already be aware of the most obvious ways it does this: the 1944 setting is a throwback to not only the wartime period, but also the early years of the series. One specific mission, however, casts its gaze a little further back than Infinity Ward’s debut. Liberation, played from the perspective of French Resistance leader Camille “Rousseau” Denis, is a love letter to Medal of Honor, and provides some of the most refreshing moments of the entire Call of Duty series.

See what we thought of the return to 1944 in our Call of Duty: WWII review.

The mission opens as you are sat in the back of a car slowly making its way through the streets of Paris. Beside you, British Major Arthur Crowley – dressed in Nazi uniform – passes you some Wehrmacht Identification Papers. You are given as much time as you need to read them, which subtly informs how important they are. You need to confidently know your cover story, for questions will be asked. With your new identity as Gerda Scheider from Hamburg established, you head into the huge Nazi-occupied mansion in search of your contact. 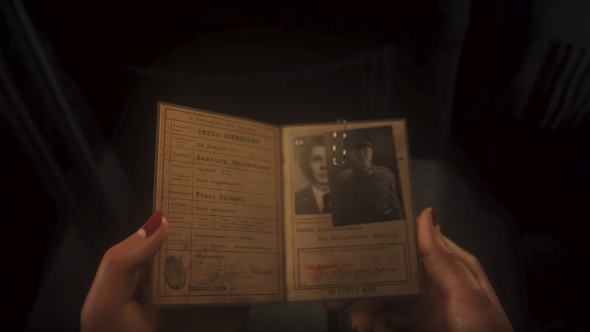 The first half of Liberation is played out without firing a single bullet. The usual high-intensity firefights that Call of Duty is known for are exchanged for exploration and low-level social stealth. There is never quite the fear that you could be caught, but it certainly captures the air of tension that you get from watching a 1960s spy thriller.

As you explore, guards demand to see your papers. The simple flourish of beige eagle-stamped documents is an iconic element from Medal of Honor, the series which would eventually be responsible for Call of Duty’s birth. The original 1999 PlayStation game, plus the 2002 PC exclusive Allied Assault, put you in the boots of soldiers working for America’s Office of Strategic Services – an intelligence agency that coordinated espionage missions during the war. As such, several missions from those games – such as the infiltration of German submarine U-529 or the destruction of a railgun – involved going undercover as a German soldier. Checkpoints would be guarded, and a flash of the correct level papers would permit you access.

Call of Duty: WWII’s Liberation takes Medal of Honor’s classic mechanic and pushes it one step further. After inspecting your papers, guards ask you questions, displayed as multiple choice answers on-screen. It is not enough to simply own identification, you need to roleplay your cover story too. The prospect of getting questions wrong, and the reactions provided by the incredible performance capture used for characters, helps generate the mission’s unique atmosphere. 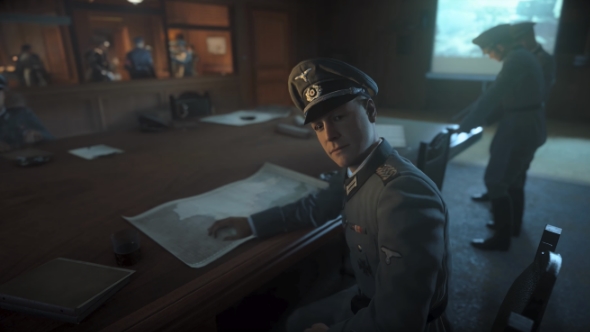 The mansion’s labyrinthine corridors and rooms hide your contact: Karl Fischer, the Resistance’s mole. Aside from the fact that you know he is an officer, there is no way of identifying him aside from a code word. This code can be uttered to any officer in the building. Naturally, you begin to worry what will happen if you use it as a conversation opener with a realNazi.

Later on, Liberation evolves into a stealth shooter. Armed with a knife disguised as lipstick and a silenced pistol, you creep through the shadows of the complex, quietly taking out isolated enemies as you go. Once again, this evokes WWII shooters from a bygone era – most notably Hidden & Dangerous. Sure, none of it is particularly difficult – this is a modern Call of Duty game, afterall – but it contributes to a level of variety that we have not seen in the series for a long time.

The mission culminates in a switch of perspective. As secret explosives detonate, French Resistance and American troops storm the streets. Back behind the eyes of the campaign’s primary protagonist Red Daniels, the sound of thundering MG-42s and the ping of M1 Garands return. It is the perfect way to burst the bubble of tension; from slow exploration to deadly silent strikes, and finally to burning fireballs, the pacing of Liberation is unrivalled in any of Call of Duty: WWII’s other missions.

For my money, Liberation marks a new high point for the series, and sits wonderfully alongside the campaign’s excellently paced D-Day landings and the terrifying shelling of the Ardennes. It is a mission that deserves to be mentioned in the same breath as All Ghillied Up and Takedown. Perhaps Call of Duty’s days of being universally praised are long over, but for those who still think fondly back to the the time we spent as Lieutenant Mike Powell fooling enemy soldiers using grey uniforms and forged papers, Call of Duty: WWII proves an irresistible slice of nostalgia.