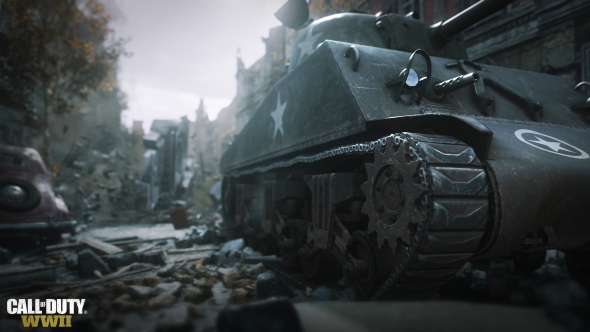 It’s 2017 and everything has to have lootboxes, whether your game is about the horrors of the biggest conflict in human history or not. According to Game Informer, Call of Duty: WWII is no exception.

Call of Duty: WWII could make it onto our list of the best FPS games on PC.

Activision have recently announced Headquarters, a social space being added to Call of Duty: WWII. Up to 48 players will be able to use the space as a lobby between multiplayer maps, and while there, will be able to open cosmetic loot boxes. How these will work hasn’t been explained, but I imagine it’ll be difficult to tie them into a game that depicts an extremely well-documented period in human history.

While in the headquarters, you’ll also be able to watch other people opening loot boxes, and may be rewarded with prizes for doing so.

The headquarters is in a ‘D+3’ zone, meaning it’s in an area of the map taken three days after the D-Day landings. This presumably means that you won’t be able to access it immediately, but it will unlock reasonably early in the game.

As well as loot boxes, Headquarters provides a shooting range, daily and weekly quests, and the Pit. The latter is a custom-built arena designed to host 1v1 matches. Perfect for getting revenge on the guy who was trash-talking you last game.