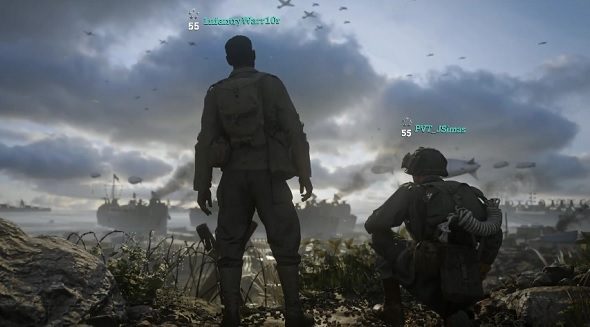 I have never been to war so I can’t tell you what it is like. But I think I can speculate on what it is not like. I doubt death and destruction always happen for a reason in war, especially not dramatically convenient ones. I doubt wars end, either for nations or individuals, on a neat resolution. And I doubt the events of wars are easy to follow and satisfyingly concluded. I doubt war is coherent.

This is a problem that Call of Duty: WWII, and games (as well as films) similar to it consistently face: as soon as you turn war into entertainment you also have to give it a structured and comprehensible narrative. It is probably this process that causes the loss of the chaos and meaninglessness that characterises real-world conflict.

Of this conundrum, COD: WWII’s campaign is a heightened, almost luminous example. Its characters and scenarios are simple to understand, its objectives straightforward, every one of its plot elements either poetically or unobtrusively concluded. The Second World War is so neatly packaged for the benefit of your apperception here, that while you scoop up a dead enemy’s guns and bullets, the rest of your platoon, including your commanding officer, will sit and wait until you are ready to move on and start experiencing the war again. In COD: WWII’s campaign, the Allies and Axis sign a temporary armistice each time you ready yourself to charge for the next checkpoint. 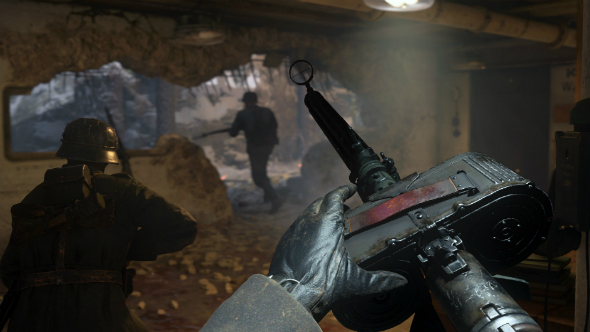 In contrast, battles in the game’s online mode rage on whether you are ready or not. While in the campaign every mission ends in at least some kind of victory for the Allies, the game’s multiplayer scraps are just as likely to conclude with a victory for the bad guys.

In a written story, it is accepted that if a character endures hardship, or manages something heroic, they will either come out the other side a better or more learned person, or otherwise be rewarded. Characters who do bad things, on the other hand, will be punished. But if we accept that disorder and turmoil are an inherent part of war, then the safety and predictability of those traditional writing rules can feel at odds – at least tonally. Arguably more apt is something like COD: WWII’s online mode, in which it is possible to fight for your country, save your friends’ lives, do something bold or noble, and then be unceremoniously and brutally killed. 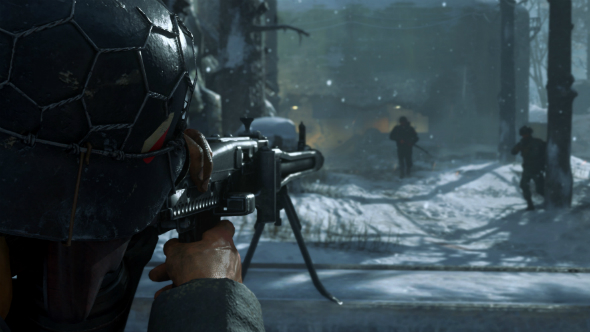 During one of the big, asymmetric “War” matches, I recall making a run across enemy lines, storming a German machine-gun position, and taking them all out so my team could advance. It is the kind of sequence of events that, in the campaign, would be accompanied by swelling music and a marked sense of accomplishment. In the online mode, however, my performance led to me being briskly shot in the back of the head by a sniper before a grenade exploded on top of my corpse.

What Call of Duty: WWII’s multiplayer, and other war-based online games, capture is an emotional, sensational abstract of war. It is disordered. It is unfair. Compared to a story mode where even if you do die it will be after some majorly impressive soldiering, or self-sacrificial act, in COD’s online multiplayer you are as likely to be killed in action before you have even done anything, thus virtually acting out the tragic fate of millions of real soldiers. 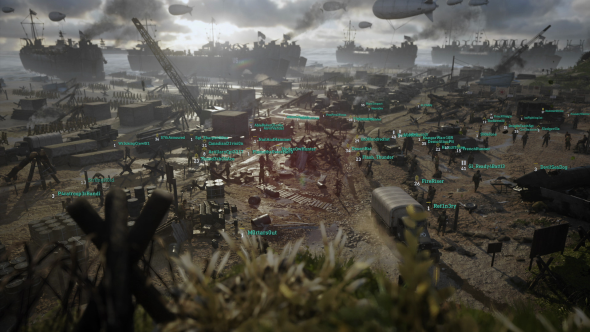 Call of Duty’s online war never ends. Day after day, thousands of battles are fought, won, and lost without any perceptible sense of gain for either side. A sense of attrition, of war as a needless, self-perpetuating grinder of human meat, is present there. It is a recreation of a war that will not be over by Christmas. And even when it does eventually wrap up, it will be hard to determine who really benefited.

There are exceptions to this comparison. It is, after all, possible to make sense of them eventually. But if game-makers, critics, and players are concerned with whether it is feasible to give war an entertaining narrative while still showing the topic the respect it deserves, then the dismal, unending, and often emotionally ungratifying experience of the online shooter should have more impact on future single-player modes.