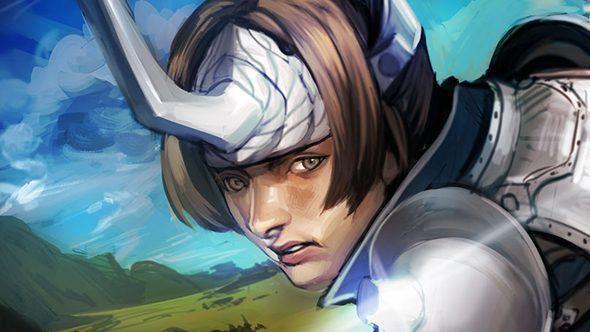 Remember Scrolls, Mojang’s hexagonal card game? It didn’t exactly have the popularity you might expect out of the next game from the Minecraft people, and development officially ended three years ago, almost to the day – except, apparently, it didn’t. Scrolls is now Caller’s Bane, and it’s available now as a free download.

“We’re releasing the game for free, for anyone to enjoy,” Mojang’s Måns Olson says. “The team’s been working towards this behind the scenes for a long time now. I’m thrilled we’re finally here!”

After announcing the end of development, Mojang did guarantee that servers would remain up and running through July 2016 – but they ended up keeping those servers running until February of this year. This new release coincides with an update allowing fans to host their own servers, offering the ability to completely change the rules and re-balance the game as they see fit.

It’s still a crowded genre – check out all the best card games on PC.

The first community server is already up and running, courtesy of the folks at the now inaccurately-named Scrolls Guide. The new client – available free on the official website – is set up to automatically connect to that server after you install, ensuring that you can play the game quickly and easily.

Scrolls – er, rather, Caller’s Bane – is a strategic card game where battles play out on a hexagonal grid as you play scrolls (cards, in more general parlance) to your advantage in the match. Of course, the game might be better known at this point because of a certain legal kerfuffle between Mojang and Elder Scrolls publisher Bethesda. (ThatElder Scrolls VI release date, incidentally, may be even more distant than the original announcement of Scrolls to now.)

Speaking of the new name in the announcement, Olson says “I’m sure there’s a good reason for it. Perhaps we just didn’t like the sound of ‘Scrolls’. Either way, it’s still the same game you’ve known and loved.”