While there is no Elder Scrolls 6 release date yet, we finally have our first official look at the game courtesy of a short teaser trailer. The official Elder Scrolls 6 trailer opens with the classic musical motif from the series and a panning shot of some mountains before the logo appears, confirming that The Elder Scrolls 6 is real.

The thing is, we have already been twiddling our thumbs like good little Dovahkiins since we ventured into the world of Skyrim for hundreds of hours in 2011. We might have been spoilt by excellent games in the series already, but, frankly, we deserve something fresh. It’ll be fresh for a while post-release, too: Bethesda director says we’ll be sinking our teeth in The Elder Scrolls 6’s gameplay “for a decade at least”.

Now, at least, we know that TES 6 is coming and, given Skyrim’s success, that isn’t a surprise. So we have set about discovering the latest Elder Scrolls 6 news and gameplay details, with a generous dollop of speculation for good measure. Here’s everything we know about The Elder Scrolls 6, from settings and gameplay features, to when we might be able to get our hands on it.

It might have been officially unveiled, but there is sadly no confirmed release window for Elder Scrolls 6. Though this hasn’t stopped the hype around TES 6 getting the better of some. Analyst Michael Pachter, in 2016, optimistically predicted that The Elder Scrolls 6 release date would be in 2017, which is clearly very, very wrong.

Sorry @michaelpachter but you totally punted this one. You should listen to me (and Todd) more often. 🙂 https://t.co/PBodzub2sv

This, of course, we now know to be wrong. In the tweet above Bethesda vice president Pete Hines debunked this theory saying: “Sorry @michealpachter but you totally punted this one. You should listen to me (and Todd) more often.”

Starfield is next, and even that needs another year or two.

A more recent tweet by industry insider Tyler McVicker indicates that we shouldn’t expect The Elder Scrolls VI until at least 2026-2027. That’s five years away from now! This is largely in part thanks to Starfield, which is allegedly a year or two away.

This seems like a reasonable assessment at first, but with the Microsoft acquisition of Zenimax Media last year, who are incidentally Bethesda’s parent company, it’s unclear at this time if plans have shifted. It’s a bit of a gamble to have Bethesda Softworks’ first game since Microsoft bought its parent company be a new IP rather than a new Elder Scrolls or Fallout.

We’re sure that whatever Microsoft and Bethesda are planning for the next few years, we won’t see more about them until at least the middle of 2021.

Before we crack on with all the juicy news and rumours, here’s the Elder Scrolls 6 trailer. Judging by the terrain, it looks like TES 6 is taking us to either Hammerfell, home of the Redguard people, or High Rock, which is where the Breton race hail from. 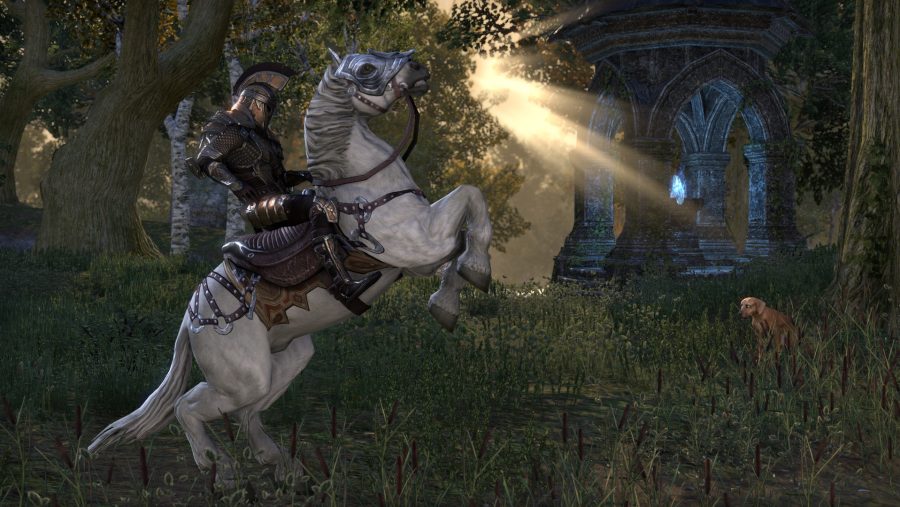 There’s some speculation on The Elder Scrolls 6 being associated with the name ‘Redfall’. In September 2008 Bethesda’s parent company Zenimax looked to trademark the term ‘Redfall’, but it clashed with Jay Falconer’s series of the same name. Thankfully, everything has been cleared up, as the Elder Scrolls 6 Redfall trademark dispute was resolved in 2019.

We’re also aware that YouTuber Shirley Curry, more widely known as ‘Skyrim Grandma’, will be an NPC in The Elder Scrolls 6. Bethesda revealed the news during The Elder Scrolls 25th anniversary stream after a fan petition racked up 49,322 signatures to make it happen.

Regarding other NPCs, there will also possibly be a tribute to an Elder Scrolls fan whose dream it was to appear in Skyrim.

Out for a scroll: Here are the best open-world games on PC

Another crumb of Elder Scrolls 6 news comes courtesy of Skyrim composer Jeremy Soule who took to Facebook to announce that he was currently not involved with The Elders Scrolls 6. Of course, this doesn’t mean that Bethesda won’t bring Soule on board at a later date, but it’s interesting that he’s not currently involved – it could be that Bethesda is looking for a new sound or that they’re too early into development to be thinking about music.

There is also an interview between Pete Hines and VGR, which explains exactly why Bethesda announced The Elder Scrolls 6 at such an early stage: “We were honestly a little tired of being asked about Elder Scrolls 6”. So there you have it, the reveal doesn’t necessarily tell us anything about how far into production the Skyrim sequel is, just that Bethesda are sick to death of fielding the question.

Aside from that and the official reveal at the Bethesda E3 2018 showcase, there has not been much in the way of ‘new’ The Elder Scrolls 6 news for some time. On YouTube’s Live at E3 stream in 2016, Howard confirmed that The Elder Scrolls 6 is real and is one of three projects being developed internally at the company. One of which turned out to be Fallout 76 and the other is the eagerly anticipated upcoming space RPG Starfield.

More like this: Adventure out in the best RPGs on PC

Unfortunately, both Hines and Howard have confirmed that The Elder Scrolls 6 will likely be the last of the three projects to appear. Hines has said that “there’s still two major multiplatform releases has to work on first, and so TES 6 isn’t happening until those games happen.”

“I could sit here and explain the game to you, and you would say, ‘That sounds like you don’t even have the technology. How long is that going to take?” Howard said. “So it is something that’s going to take a lot of time, what he have in mind for that game, and we actually have two other large projects we’re also doing that are bigger than everything we’ve done. People will probably hear about those even before Elder Scrolls 6. That’ll make sense many years from now.” 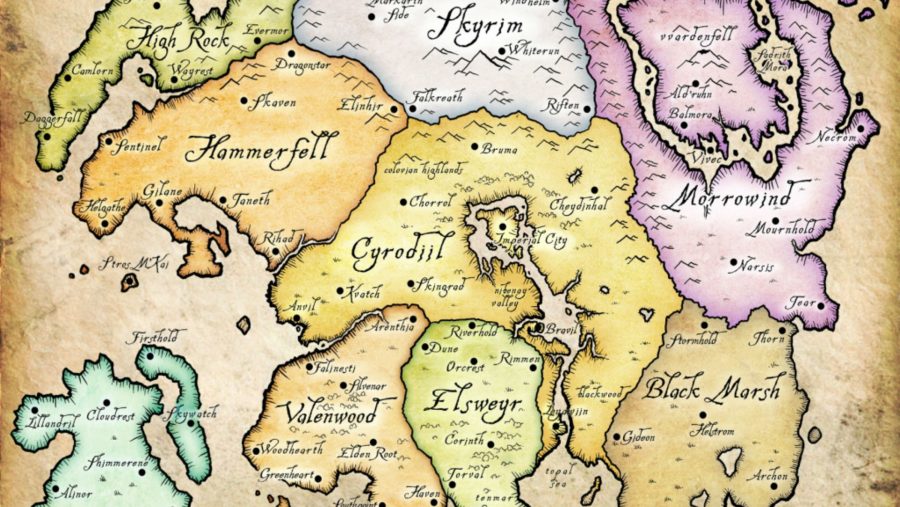 When you see the Elder Scrolls 6 announcement trailer, there are two Elder Scrolls locations that may well spring to mind: High Rock and Hammerfell. Why? Mountains, large areas of coastline, and dry, arid landscapes.

Transcribe the past and map the future. 📖
Here's to a Happy New Year!🕯 pic.twitter.com/bL44CzLDIE

Our best guess is Hammerfell, and that is because of a tweet that was published at the end of 2020. It showed a map of Skyrim with the words “transcribe the past and map the future”. Cross referencing this with the entire map of Tamriel, we can see that though the borders of Cyrodiil (the setting for The Elder Scrolls IV: Oblivion) and High Rock (the land of the high elves) are shown, they’re a lot more obscured than the region of Hammerfell to the southwest.

Hammerfell: home to the Redguards, also has a white circle on it, which could be a good indication that this is where we’re heading for the next Elder Scrolls game. It supports the footage from the trailer mentioned earlier with the region being mountainous. That said, there’s also speculation that this tweet is referring to a possible expansion to The Elder Scrolls: Online, and nothing has been confirmed as of yet. 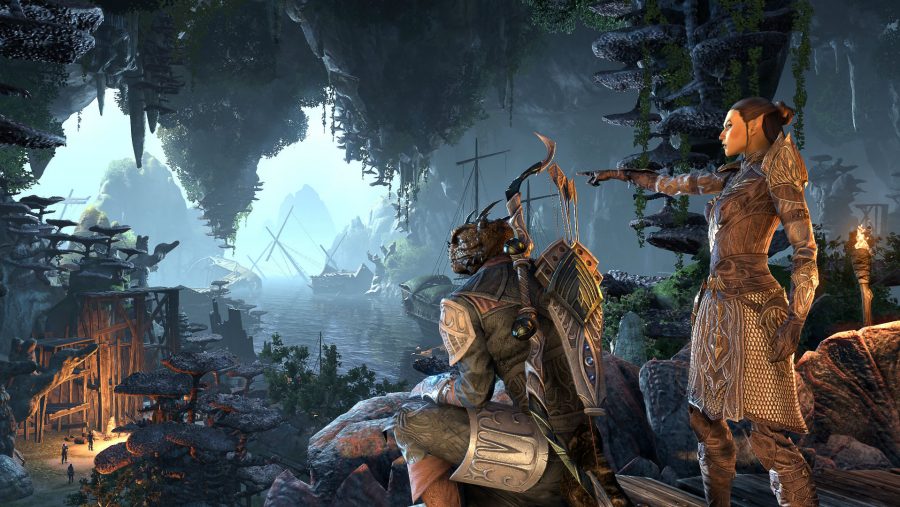 How about Akavir? This continent to the east of Tamriel is home to the Snow Demons of Kamal, the serpent-men of Tsaesci, the monkey people of Tang Mo, and the Tiger Dragons of Ka Po’ Tun, collectively known as the ‘Akaviri’. Little is known about this enigmatic land, making it a tasty prospect as an Elder Scrolls 6 location.

Legend has it that the few humans that dared to travel to Akavir were eaten by the Tsaesci (we did say it was tasty). Tamriel and Akavir have shared a tumultuous relationship, shaping each other’s history in times of peace and war. Perhaps, in The Elder Scrolls 6, we could smuggle ourselves into the new region, trying to cope with living in a hostile land that very much does not want us. Akavir and Tamriel have long had a tumultuous relationship, and we would love to be a part of that in The Elder Scrolls 6.

Moving closer to the places we know well, we are itching to pack our bags for Valenwood in The Elder Scrolls 6, homeland of the wood elves, or Bosmer. Located to the south-west of Tamriel and opposite the Summerset Isles, Valenwood is an untamed land, dominated by uninhabited forest wilderness.

There’s Argonia, too. Otherwise known as Black Marsh or – less kindly – the Garbage Heap of Tamriel, it is the home of the reptilian Argonians and is full of onerous swamps and great inland waterways. It’s unlikely given the mountainous land shown in the trailer, but we can dream right? 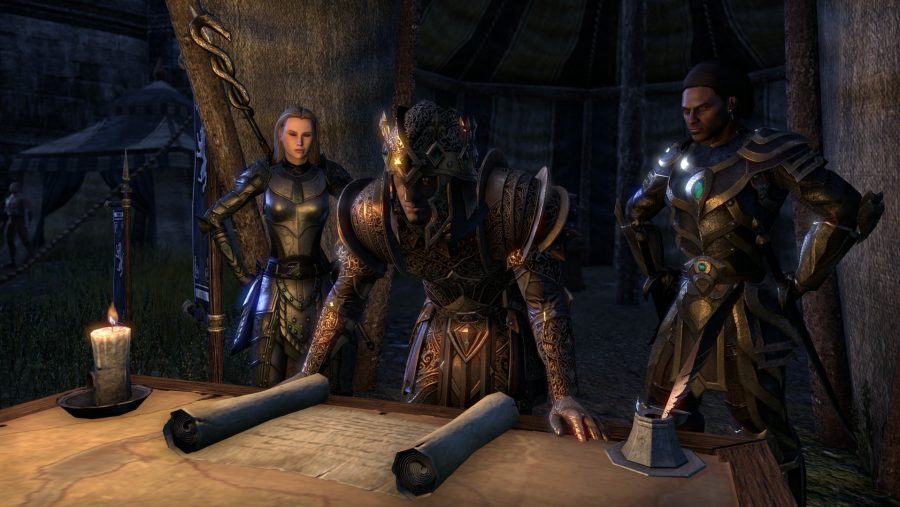 If The Elder Scrolls 6 does go somewhere completely new, perhaps we will see a few new races added to the formula, with all new lore and gameplay styles to get to grips with.

However, no new races were added to Skyrim, so it is less likely we will see some new species or races if The Elder Scrolls 6 sticks to Tamriel. That said, Sea Elves – also known as Maormer – do feature in The Elder Scrolls Online, so perhaps they could return in a numbered main entry to the series. 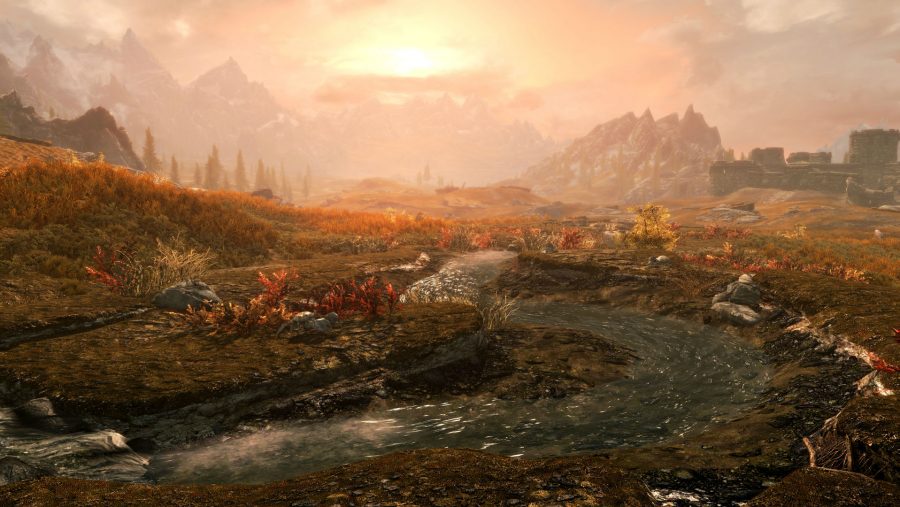 One of the things that sets Skyrim apart from the rest of the series is its complex narrative full of political intrigue. Your role in the game’s civil war decides the fate of a troubled kingdom only nominally part of the Empire. Here’s hoping that The Elder Scrolls 6 story takes things to a new level.

Whilst the Elder Scrolls 6 story would, to an extent, depend on the setting and its history, hopefully, the narrative of the game will match the ambition going into the game in its early stages.

Although it looks like we’ve got a while to wait until an Elder Scrolls 6 release date is announced, there’s still plenty of news and rumours circulating to pass the time and get excited about.