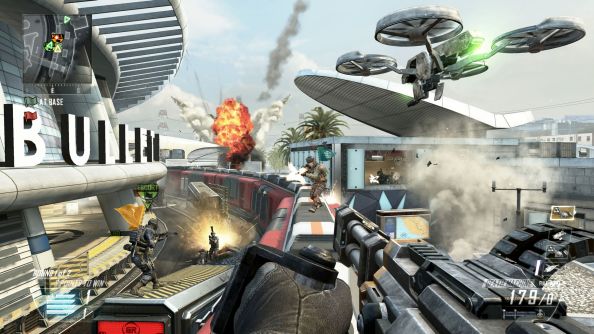 We’ve already reported on Black Ops 2’s millions; the game sold over $500 million worth of copies in a single day of sales. But we’ve yet to comment on its billions, well, billion, singular. Yup, in 15 days of sales, Black Ops 2 made Activision a cool billion dollars.

I already used up all my pictures of money and clips of money being improperly used in movies for my last post. This time I’ve had to go in a different direction.

Joystiq were the fine folk that reprinted the press release announcing the fiscal load. I won’t copy it in here because essentially it says Activision made lots of money faster than other things that made lots of money, namely the movieAvatar (which made $1 billion in 17 days, the slow losers).

The important thing is thatActivision canfinallycompete with the unemployed Irish artist Frank Buckley who, earlier this year, built a home out of 1.4 billion euros worth of shredded banknotes: