It shouldn’t come as much of a surprise that Activision hasn’t commissioned a toyline based on their Call of Duty franchise. Even the half-decent ones don’t have what one would traditionally refer to as “characters”, just chaps with guns and not a whole lot else. But someone’s decided that there’s a market out there, somewhere, and they’ve only gone and made some truly hideous Ghosts action figures: Riley the dog and Hesh, the guy with no personality.

Someone actually bought them. Then that person sold them for $90. The purchaser backed out, however, and they’ve been relisted.

Can you blame anyone for backing out? Just look at them. 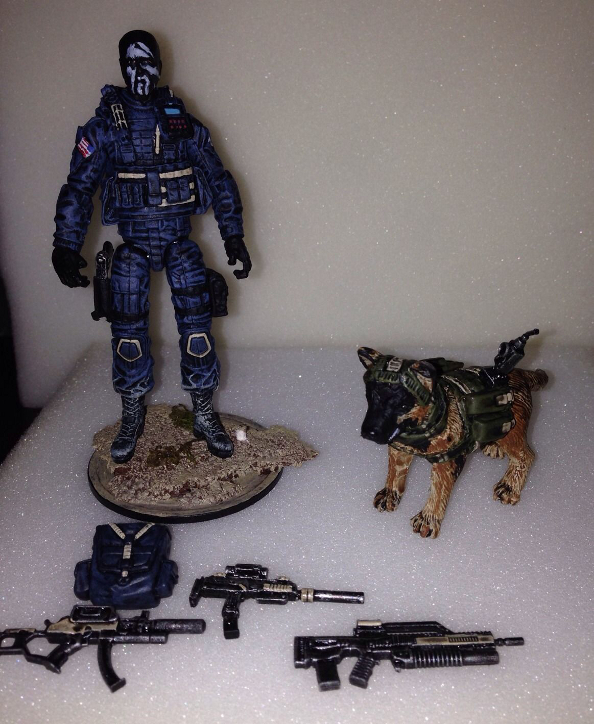 Hesh was originally a Cobra action figure from the GI Joe line, so you’d be buying an old toy, with a lick of paint, based on a pretty poor game. Someone has actually purchased itagainthough, but not for the new listed price of $59.99. The best offer was accepted. I can only assume it was made by the Catholic Chruch so the toys can be exorcised.