Every story has a beginning,” nods Treyarch’s new trailer wisely. “And an end.”

In the intervening minute and a half, you’ll wonder how that idiom could possibly intersect with the bunkers, beards and brown leather of Black Ops 2’s new co-operative multiplayer map, Origins. And then the mech’ll come down, and it’ll stop mattering.

It took me a couple of watches to realise I was watching the close-up introduction of four men, rather than one spectacularly equipped one. In time-honoured Zombies mode fashion, each player character will have their own personality, backstory and voice actor. For the last-but-one, Treyarch recruited a who’s who of Hollywood gangsters.

What I didn’t spot even then was the series of hidden images that Easter Egg investigator LiamFTWinter has sellotaped together since the trailer’s release: 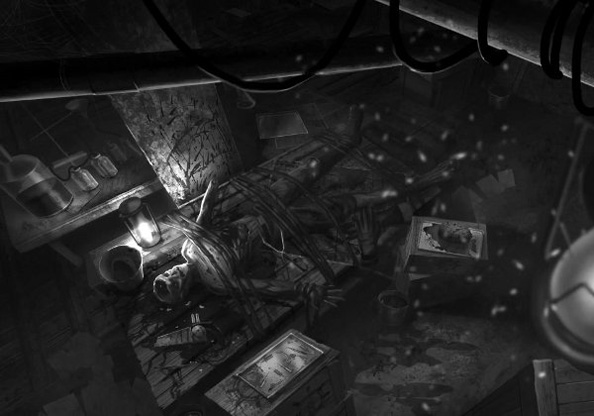 Are you au fait with the flow of Treyarch’s rotting fauna? The lapping of the waves against your hastily constructed barricades? If so, do let us know what you’d like to see in this new map, undoubtedly destined for future DLC release.