Daredevil: The Man Without Fear was in development in the early 2000s for the Xbox, PlayStation 2, and PC, and was cancelled well before it saw the light of day. A handful of trailers are out there, and it was the subject of a documentary video from Unseen64 a few years back, but now a newly-revealed development build shows a much clearer picture of what might’ve been.

Archivist Andrew Broman has posted ten minutes of footage from the cancelled Daredevil game, and it’s remarkable how much it predicts features we’d eventually see in games like the Batman: Arkham series. Batman’s detective vision, for example, is here – though in this case it represents Daredevil’s heightened non-vision senses.

The build this footage draws from is clearly very early – only a handful of levels are textured and properly playable, and the game’s packed with awkward animations and poorly-implemented game mechanics. For example, Daredevil moves through the city by sliding along electric wires, Tony Hawk-style, but those wires will kill you if you stay on them too long.

The game might’ve been doomed all along if the reported management issues are anything to go by, but there is at least kernel of something neat here – and at a minimum, it’s a fascinating look at a bit of lost gaming history. 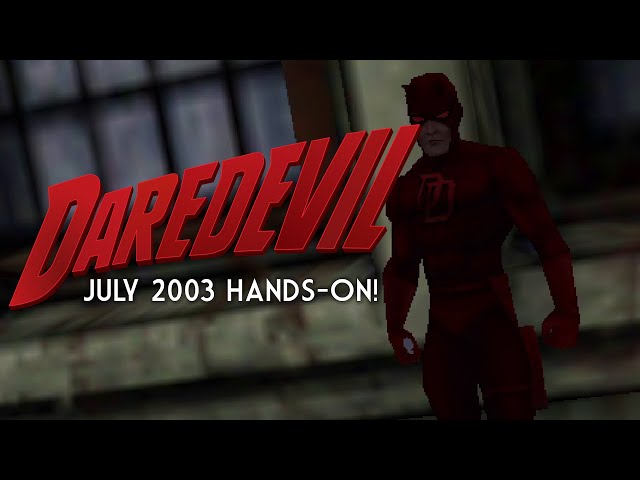 If all that gets you in a superheroic mood, check some nearly-as-good Spider-Man PC games to replicate the feeling of the PlayStation exclusive on computers.