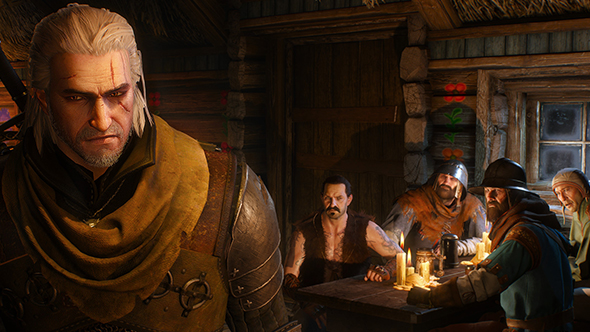 CD Projekt have been playing coy with what’s to come now that The Witcher 3 is done. Sure, we know that Cyberpunk 2077 is on the way, but we’ve been left with little beyond a vague teaser featuring a mysterious android woman. But CEO Adam Kiciński has just revealed a few more details about CD Projekt’s future plans.

Check out all the best RPGs on PC.

Based on a ResetEra user’s translation of an interview with Polish financial site Strefainwestorow, Kiciński says that Cyberpunk will be much bigger in scope and higher quality than The Witcher 3, which would be an impressive feat. There’s little extra detail beyond that, and Kiciński wouldn’t even confirm or deny whether the game would have multiplayer. But he does say the team are happy with the game’s current shape and are eager to show it off. And that’s way before any Witcher 4 rumours.

While there’s little to say about Cyberpunk, there’s some interesting detail about The Witcher. The third game was indeed the end of a trilogy, and there are no plans for a fourth game in the same series, but it’s certainly possible we’ll see different games set in the world of the Witcher going forward. CD Projekt still have the rights to the franchise, and Kiciński says fans – and investors – won’t forgive them if the studio abandon it altogether.

While CD Projekt are some of the most prolific supporters of traditional, single-player gaming, Gwent is their entry into the games as service model. It’s served as a lesson about creating multiplayer games, and was designed for deep integration into GOG Galaxy on both PC and other platforms, including some not yet announced. 2017 has been about balancing Gwent’s gameplay, while 2018 will see the introduction of new features and a bigger marketing push.