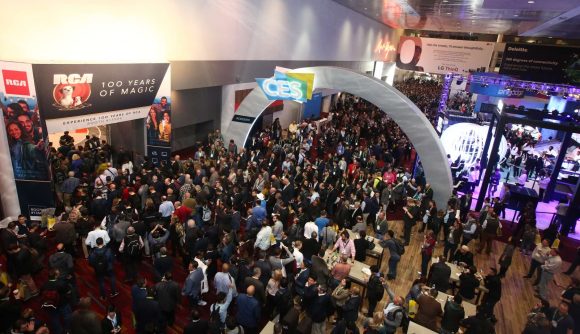 The CES tech show is officially going to be a lot more sexy in 2020. Well, potentially a bit more sexy. Okay, it’s not going to be remotely sexy at all, because it’s still going to be a show mostly filled with sweaty middle-aged business types, and some equally sweaty journalists, all swilling around the Nevada cesspool of Las Vegas. But the Consumer Technology Association (CTA), which runs the January event, has announced that it is going to be specifically including “tech-based sexual products” on the show floor as a one-year trial project.

But hold up, it’s not quite as seedy as that might initially sound. The Consumer Electronics Show (CES) has historically always had some sex-tech littering the halls of the Las Vegas Convention Centre, with such dubous delights as VR pr0n and sex dolls, y’know, just in case watching Thunderbirds re-runs gets you hot. But the thrust (phrasing) behind the updated “sexual products” policy at CES has largely stemmed from the controversy surrounding the Osé women’s sex toy which won-didn’t-win-then-won-again a Robotics Innovation Award last year.

Despite the show seemingly not being too concerned about showcasing sex-tech for men it was argued that the de-awarding of Lora DiCarlo’s micro-robotic Osé was because of antiquated ideas about gender-equality immorality, obscenity, and indecency. The updated policies, and new initiatives, are aimed at righting that imbalance. On a one-year trial basis.

Four months after taking the award away from the super-smart, hands-free, blended-orgasm machine, the Osé, the CTA re-allocated the award after the creator of the device, and CEO of Lora DiCarlo, Lora Haddock, questioned why it was disqualified when the show has regularly featured male-focused sex-tech.

“Clearly CTA has no issue allowing explicit male sexuality and pleasure to be ostentatiously on display,” Haddock wrote at the time. “Other sex toys have exhibited at CES and some have even won awards, but apparently there is something different, something threatening about Osé, a product created by women to empower women.”

It may have taken the organisation a while to respond, but it did eventually give the robotics award back to the Osé, and has been contrite about the situation which arose around it.

“CTA did not handle this award properly.” it said in the press release announcing the re-awarding. “This prompted some important conversations internally and with external advisors and we look forward to taking these learnings to continue to improve the show.” 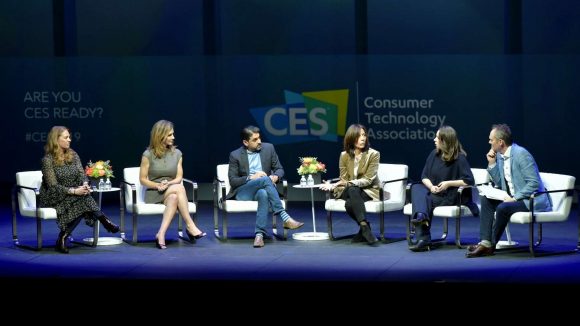 The direct result of these learnings is the new CTA policy update announcement (via Engadget) surrounding the one-year trial.

The policy update also cites changes to dress code which will also remove any possibility of ‘booth babes’ at the show… something that might be more of a concern given the potential subject matter of some booths. The dress code ensures that no “sexually revealing” clothing can be worn, which includes body-conforming clothing, regardless of gender.

CTA has also announced a new initiative aimed at advancing gender equality, partnering with The Female Quotient, to facilitate those efforts at CES. It will also be hosting The FQ Lounge as an official part of the show where it can host panels and open forums, or just where people can get together and share ideas, concerns, or solutions to problems.

Join in the conversation and let us know whether you think there’s a place for this at CES in this article’s Facebook and Twitter threads.