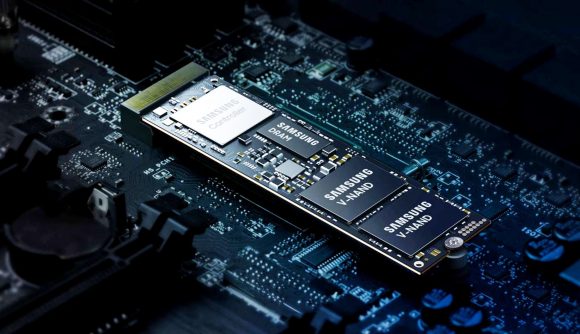 If you’ve just splashed out on the best SSD for gaming and are looking to make a bit of extra cash by using it to mine the new Chia cryptocurrency, don’t be surprised if your manufacturer refuses to bail you out should your SSD give up the ghost.

Chia is the new kid on the block, using your storage devices to mine cryptocurrency rather than graphics cards. This has already caused the prices of hard drives and SSDs to begin rising in China as stock runs thin, causing manufacturers to take action. Galax’s Chinese store now shows a disclaimer box to customers, warning that it will refuse warranty claims on SSDs if there’s evidence they’ve been used for Chia mining or other “abnormal operations” that cause much higher daily data write volumes than average.

Naturally, storage being maxed out for 24 hours per day to mine crypto is going to put massively increased strain on the components, so it’s not surprising to see Galax implement a caveat. We expect to see more SSD brands announcing something similar in the coming weeks.

However, we’ll have to wait and see whether these disclaimers will be enough to keep the price of HDDs and SSDs reasonable and avoid the stock issues that GPUs are facing.

It’s not the first component that’s had warranty terms changed regarding crypto mining. MSI’s Russia division recently reduced the warranty of some of its graphics cards to just six months in response to the crypto boom.