Looking for Chivalry 2 tips? Just like its predecessor, Chivalry 2 gives you the full medieval combat experience: knights, siege engines, and a whole lot of gore. As for this multiplayer slasher-game’s historical accuracy… well, don’t be surprised when you see the occasional armless soldier running around on the battlefield. Also, don’t be alarmed by the frequent use of the battlecry key (C on your keyboard, if you were wondering).

You can join the battle as soon as you open Chivalry 2. However, as a new player, you’re probably going to spend most of your time respawning and running back to the frontlines instead of actually fighting. Don’t be too hard on yourself if this happens; Chivalry 2 has a rather complex combat system, so a beginner can’t be expected to dominate the scoreboard right away.

So if you’re new to Chivalry 2 and you want to improve your gameplay, take a look at these Chivalry 2 beginner tips. Understanding the combat basics, choosing the right game mode for practice, and learning some useful strategies will take you a long way!

Here are a few useful Chivalry 2 tips for beginners: 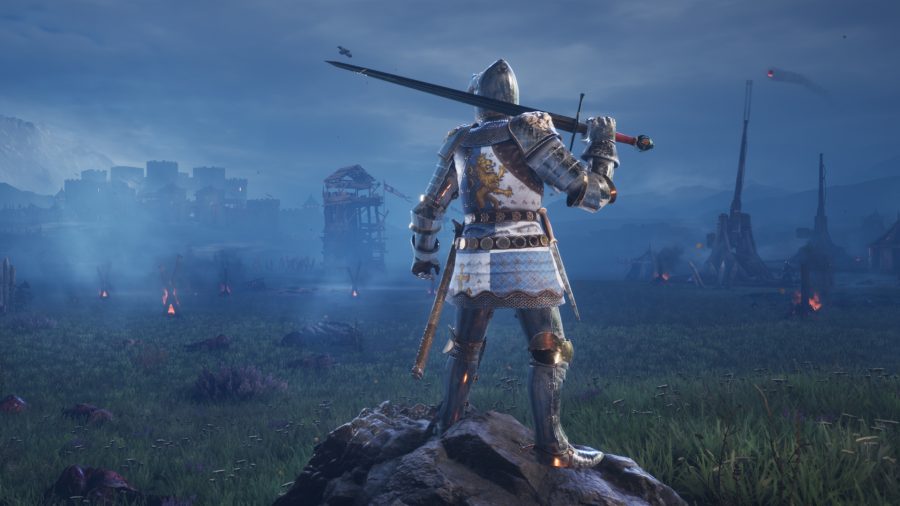 The most important thing to know about Chivalry 2 combat is the basic attack system. You can use a standard slash, a quick stab, or try to land a more damaging overhead attack. Incoming attacks are easily parried with the right mouse button, but keep in mind that this will drain your stamina. You can’t hold your parry forever!

That also means you can drain a blocking opponent’s stamina, but it’s often less time-consuming to just break his defence with a kick. After that, you can initiate new attacks just before landing the first hit to create a combo. You can even try to counter an opponent’s attack by copying his attack type – slash, stab, or overhead. 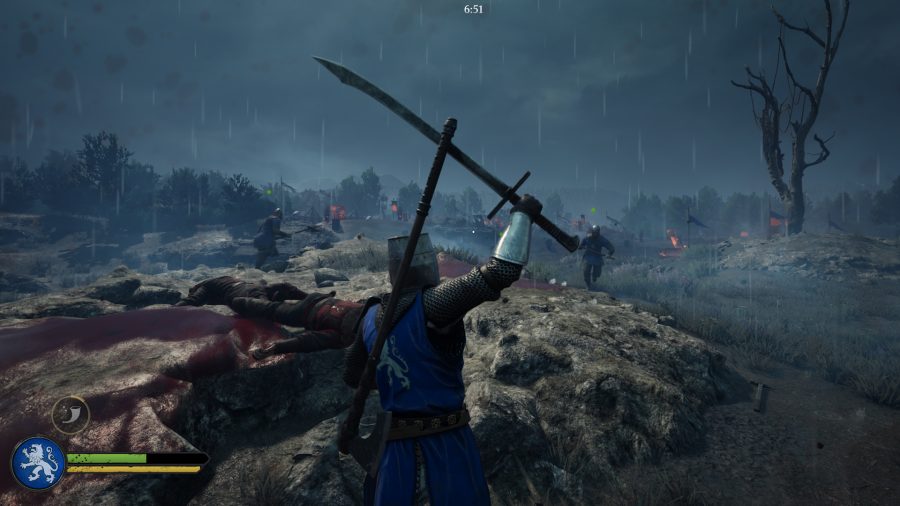 Different game modes offer different experiences. If you want to practice your fighting skills first, it’s wise to start with the Free for All option. In this battle mode, all players fight against each other. One of the biggest advantages to this mode is that you don’t have to walk far after you respawn. It’s also a good game mode to try out different classes and weapon types.

When you feel more familiar with Chivalry 2 combat, you can also try the 64-player or 48-player mixed mode combat. This means you’ll find yourself in a randomly selected Team Deathmatch or Team Objective game. 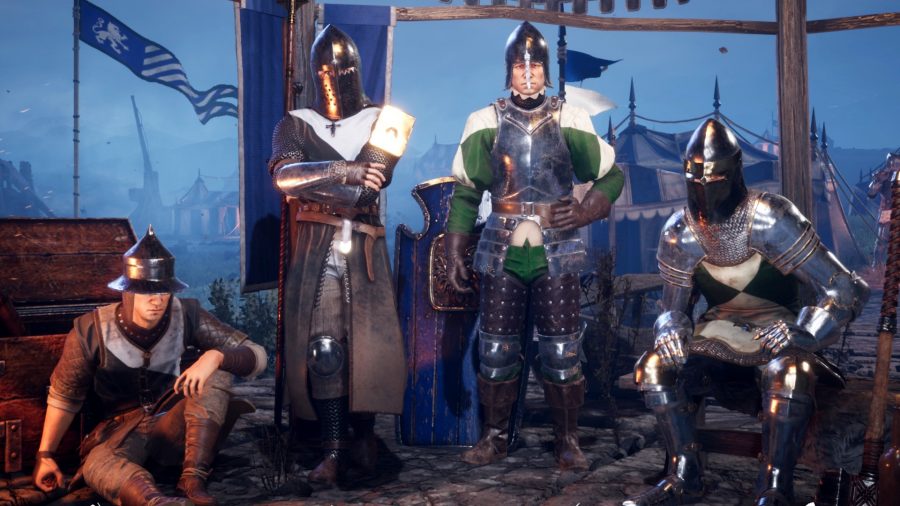 Learn to recognise every class

It’s always an advantage to know your opponent’s strengths and weaknesses. On top of that, many Chivalry 2 weapons deal increased damage against certain types of enemies. For example, a Vanguard’s Dane Axe deals 30% increased damage to Knights, and an extra 21% to Footmen. You can make far better use of these advantages if you’re able to recognise every Chivalry 2 class.

To identify an enemy, examine their weapons and armour. Are they using a two-handed weapon? Could be a Vanguard or a Knight. Are they also wearing heavy armour? Then it’s definitely a Knight! Some classes use very recognizable items. If the player is using a polearm, you immediately know it’s a Footman. And if they’re using a longbow… well, you can probably answer that one for yourself. 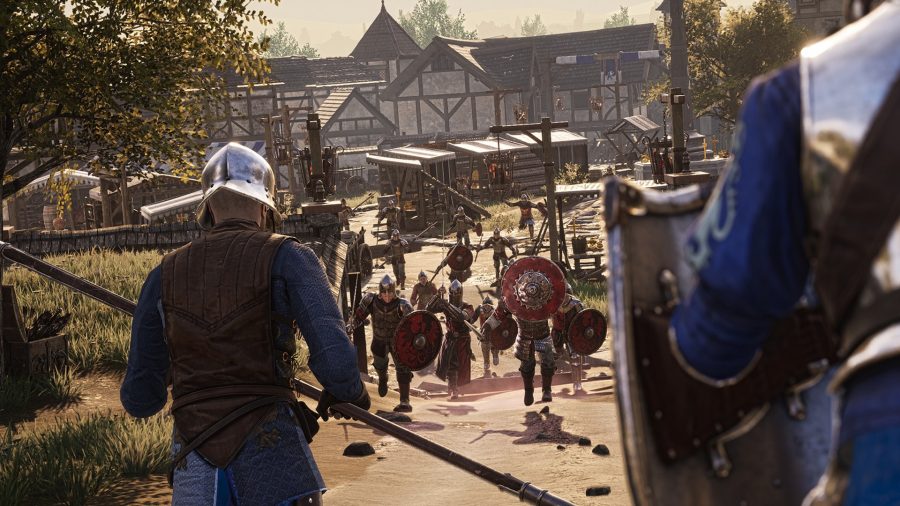 A typical Chivalry 2 fight usually gets quite crowded. This can be a good thing, because many players in the same spot means more opportunities to score kills. You will notice that many of your foes get distracted, cornered, or overpowered, making it easy to defeat them.

However, take care this doesn’t happen to you. You can only parry attacks from the direction you’re facing, so any Chivalry 2 player is extremely vulnerable from the back and from the sides. Whenever you see players clustering together, you should try to stay on the edge of the fight – use your weapon’s maximum range. Once you get surrounded, it’s usually game over. 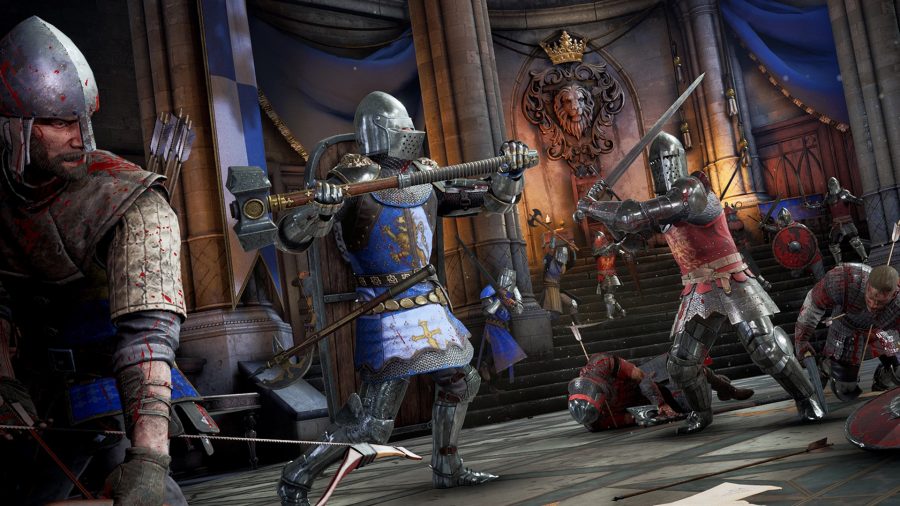 Just like a real medieval battle, swinging your axe like a madman will likely damage your allies. For obvious reasons, they won’t like it when that happens. Not only does it put your team at a disadvantage, but you’re also punished for damaging your teammates, as points will be deducted from your score. To avoid friendly fire, use stabbing and overhead attacks – not slashing – whenever you find yourself fighting shoulder-to-shoulder with your allies. 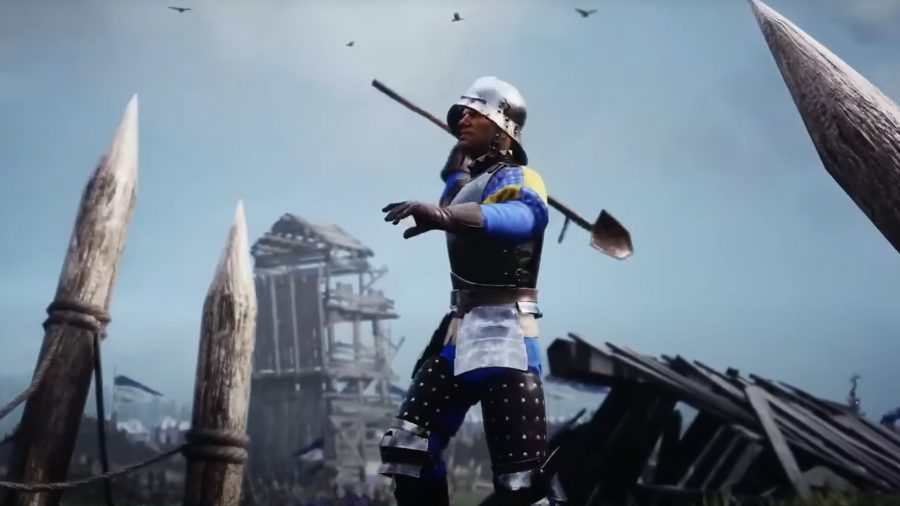 Throwing is a major part of Chivalry 2 combat – push ‘G’ to throw the weapon or item in your hand. It’s an especially effective strategy when your opponent tries to run away from you, when you spot a vulnerable player from a distance, or when you’re running towards the enemy.

Aside from the obvious throwables, like throwing knives or the oil pot, you can throw your primary or secondary weapon. It’s best to only do that if you have a backup plan, or when you’re going to die anyway. You can pick up and throw a fallen player’s weapon, or even random items (such as a bucket, a chicken, or a fish). If you really enjoy throwing stuff; the final Footman subclass has javelins and throwing axes as a primary weapon.

There you go – armed with these Chivalry 2 tips, you should be ready to head back into the fray and do some damage. Good luck, brave warrior.