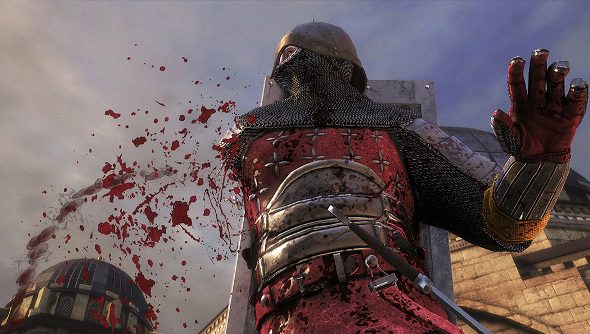 What is a weekend without decapitations and the din of battle and steel clashes with steel and dozens of voices scream out in pain or roar in victory? A rubbish weekend, that’s what it would be. You can avoid a rubbish weekend by playing first-person fantasy hack, slash and stab ‘em up, Chivalry: Medieval Warfare for free over the next two days on Steam.

It’s brilliant, so you should probably start hacking away at foes right bloody now. Or, after it’s downloaded. You probably shouldn’t go outside and start a fight.

Alternatively, you can buy Chivalry at 75 percent off. The discount applies to the 4-pack and the complete pack, which includes the Deadliest Warrior expansion, so you can play as samurai and Spartans as well as the vaguely European fantasy soldiers from the core game.

The game’s definitely worth your time, at the very least your weekend. It can be a loud, limb-flailing slaughterfest one moment and a surprisingly tactical battle the next. There are arenas, death matches and lovely castle sieges, all accompanied by gurgling death rattles and screaming men.