A few years ago here at PCGamesN, when Civilization VI had just landed and the community began digging around in its code, we spoke with several top modders and their hopes for its modding tools. Now, nearly four years on, the modding community is strangely emaciated, struggling to gain momentum despite creating some incredible work.

This could be due to a few things, but the most notable reason is that developer Firaxis is yet to release the DLL source code for the game. This is the part of the game files that dictates logic and AI, enabling significant overhauls that led to vast mod projects like Vox Populi for Civilization V and Fall from Heaven II for Civilization IV. If a modder is savvy in C++, it unlocks the very core of the game for customisation.

Historically, Firaxis released this ‘DLL source’ to the public some time after a Civ game’s release – six months after Civilization IV, and 18 months after Civilization V. But here we are, well over three years into the life of Civ VI, there’s still no sign of it. We spoke to some veterans of the Civ modding community about working without this deep-level access to the game, and the workarounds they’ve been using to get their impressive mods working regardless.

Gedemon is a modder behind one of the most ambitious ‘total overhaul’ projects for Civ VI – Gedemon’s Civilization. It includes, among other things, complex new systems like supply lines between cities and units, equipment management, a reimagined tech tree, and a migration system complete with ethnicity values that affects territory expansion and control. 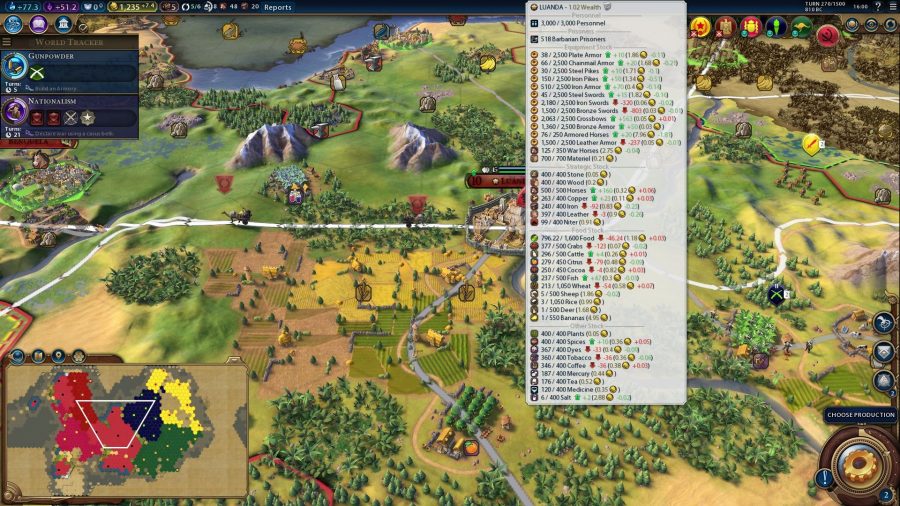 Before talking about the limitations of modding without access to the DLL source, Gedemon praises the game’s basic modding toolset. “When Firaxis said Civ VI was built from the ground up with modding in mind, it wasn’t lying”, he tells me. “We can make new units, buildings, leaders, and more easily than in Civ V. We can completely change the terrain graphics (we could in Civ IV, but not in Civ V). We have access to all original assets, including DLC and expansions – not the case in Civ IV or V – and the modifier system is a powerful tool.”

When Firaxis said Civ VI was built from the ground up with modding in mind, it wasn't lying

Some of the biggest beneficiaries of these improved tools have been art and graphics modders. Deliverator, who has been modding the series since its fourth iteration, has created the popular Steel and Thunder unit mod, which adds eight new units – with completely bespoke 3D models – into the game. He also co-created Terra Mirabilis with fellow modder Chimpan’G, which contains 18 new Natural Wonders, each with their own effects. Then there’s Sukritact, who’s best known as the creator of a whole host of new playable civilisations with fully 3D-animated leaders. 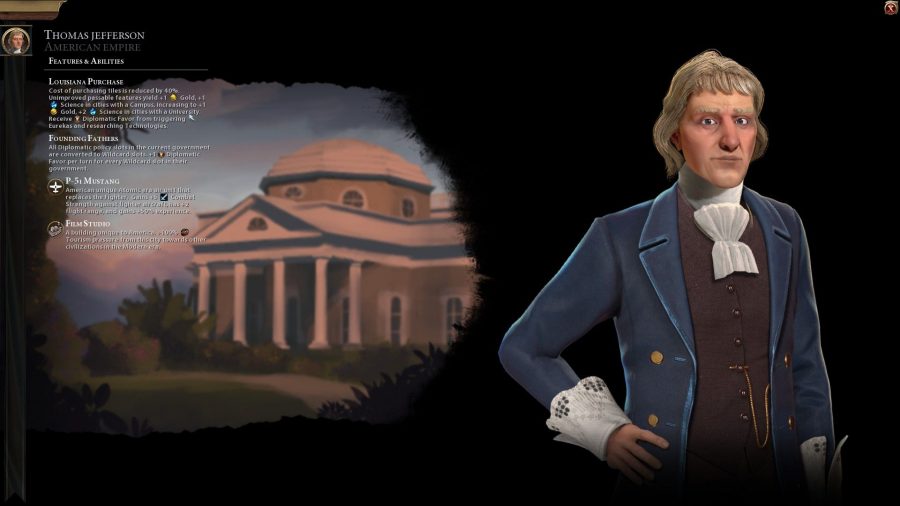 “The actual graphics side is very open and powerful, but few people have been able to master it”, says Deliverator. “The graphic capability for total conversions is there but sadly the gameplay side is not open enough”.

Civilization VI introduced a robust ‘modifiers’ system for modding, which makes it relatively easy to apply and chop-and-change effects between social policies, wonders, buildings and units. It allows modders to make changes on objects without coding experience, and because the GameCoreDLL isn’t being customised it means that mods are much less likely to conflict with each other.

The graphics side is very open and powerful, but few have been able to master it

This would be the most comprehensive modding system in a Civ game to date. But the lack of DLL source access is critical, massively inhibiting the scope of projects and increasing the time it takes to make mods for the most ambitious, C++-savvy modders.

Multiplayer scenarios, like the official Firaxis ones, can technically be made by modders, but they’d be rendered ineffective by the fact that tactical AI functions are hidden in the DLL source, and so couldn’t be changed to understand unique scenario rules. The AI can be changed on a strategic level – how it prioritises production, science, expansion and so on – but not a tactical level. 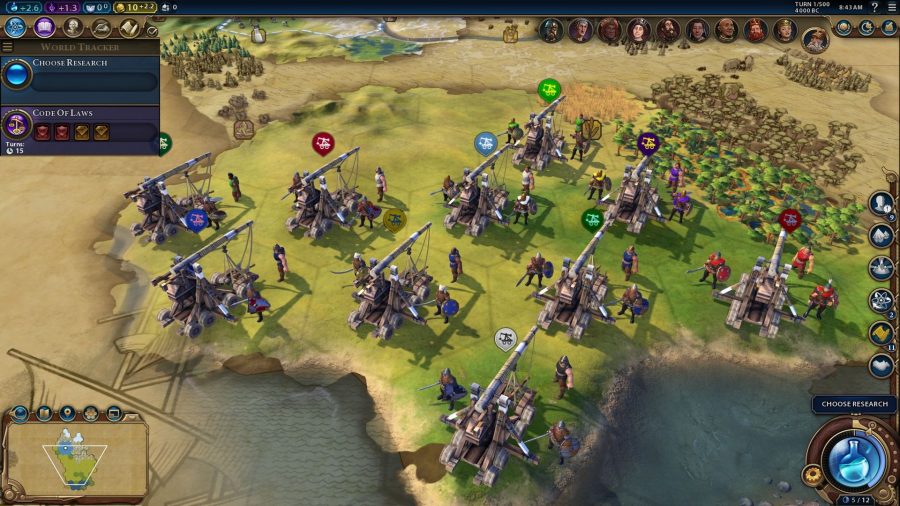 Combine that with the fact that the AI in Civ VI is already notoriously shonky, and you have your work cut out if, say, you want to create an AI overhaul. But that’s exactly what Infixo, the modder behind the popular Civ VI AI mod Real Strategy, set out to do.

Infixo, who worked on the legendary Vox Populi project for Civ V, agrees with the consensus that the modding system here is stronger than in previous games but for the lack of source code. “The AI is entirely coded in the DLL and there are lots of parameters that can be used to influence how this AI behaves”, he tells me. “But it also means you can only do what Firaxis opened up for us, and no more”.

Tactical aspects of the AI are hidden away in the DLL, while Infixo says that there is no grand strategy behaviour coded into the AI diplomacy and strategy behaviours, calling them “awful” and “almost non-existent” respectively. So like many Civ VI modders, Infixo had to wait and see whether with a new DLC, expansion, or patch, Firaxis would inadvertently unlock a Lua function (or script) that could interact with the DLL. 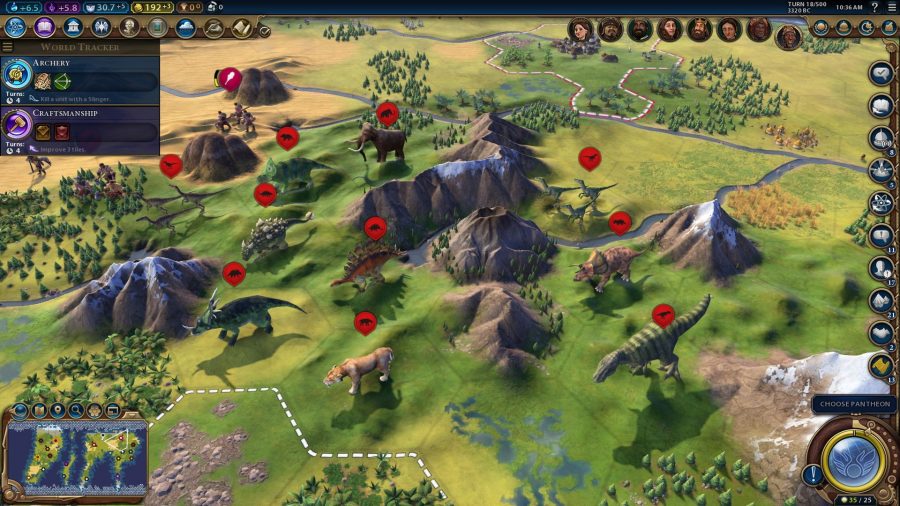 Infixo’s chance came with the Poland DLC. “There is some residual programming, very simple, based on a few conditions and so-called ‘strategies’. Firaxis opened a back door here. Like a super tiny one”, he tells me. “Those strategies can be activated using a Lua script, and this is what Real Strategy uses”.

This so-called ‘user exit’ that Firaxis created in the DLL allowed Infixo to create a script for an AI strategy layer that replicates the more advanced AI from Civ V. It makes computer-controlled opponents more focused in pursuing victory conditions and overhauls naval strategies based on the map type, among dozens of other changes.

Infixo says he used this workaround to write and release a dedicated diplomatic victory strategy for the AI even before Firaxis did. Having followed the game files since Rise & Fall, he noticed that the ‘official’ strategy simply ruled that if the AI had a 25% lead in a diplomatic victory it’d pursue that victory more rigorously, then if it had a 60% lead it’d pursue it completely. All Civ VI victory conditions work in this rudimentary way, but Infixo’s mod gets the AI to weigh up wars, diplomacy, rival civilisations, goals, and other factors in its pursuit of victory. (Firaxis revised victory strategies in this patch, which Invicto says was the first addition of a dedicated diplomatic victory strategy for the AI, two months after Gathering Storm added it to the game.) 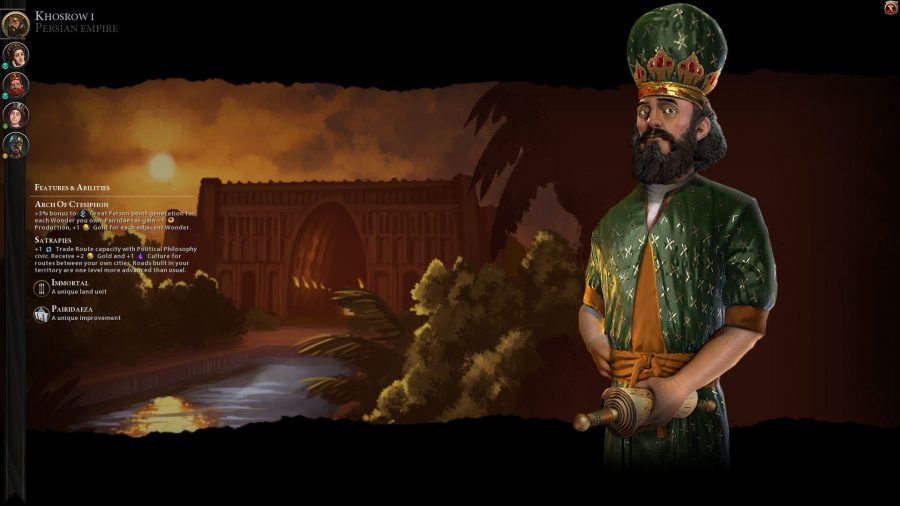 It’s impressive work, all based around a small opening into the DLL that got unveiled with a patch. But Infixo isn’t one to bask in his achievements. “I’d rather say that we’re using whatever is available and possible to use, and being creative about it”, he says. “I’d rather have access to the source code or have Firaxis expose more functions”.

Another commonality slowing modders down is the uncertainty around whether there will be more official content. There have been rumours of another expansion, but nothing has been confirmed and the myriad changes these expansions make to the game can completely derail a mod project. “That’s why I suspended the work,” says Infixo. “Because I was really expecting Firaxis to release a third expansion, or at least new DLC”.

Modder LeeS, who made a number of Civilization V mods before hunkering down to write a 400-plus page modding guide for Civilization VI, was working on a mod that made a city’s building availability dependent on the surrounding terrain. But when Rise & Fall launched, a small change in the DLL killed the mod’s progress. “This is not so much a lack of access to the DLL source as it is Firaxis eliminating loopholes in their code in efforts to make the game more stable”, LeeS says. “But modders live and breathe on those loopholes”.

Similarly, it’s telling that many mods for Rise & Fall weren’t subsequently updated for Gathering Storm. “I think [modders] weren’t sufficiently attached to Civ VI, when going back to Civ V or just playing other games was an option”, suggests Deliverator.

Gedemon, meanwhile, has no intention of updating his total overhaul to be compatible with the expansions. “Without the DLL it’s easier to add a new mechanism from scratch than changing an existing one”, he says. “Let’s take stability and cities flipping for example. Working with vanilla I just need to add my code, while working with Rise & Fall I need to first find a way to neutralise the existing mechanism”.

Despite all the impressive work of the Civ VI modding community, the overall feeling is one of stagnation. There’s a lack of information from Firaxis about how patches or expansions can affect modding for better or worse, and no word on whether the DLL source code will ever be released. The uncertainty has led to an exodus of modders taking their talents back to the more stable territory of Civilization V or elsewhere.

Where Civ V had full modding documentation showing how the GameCoreDLL and scripts interacted, Civ VI only has partial documentation, forcing the community to create its own despite its lack of insight into the DLL source. 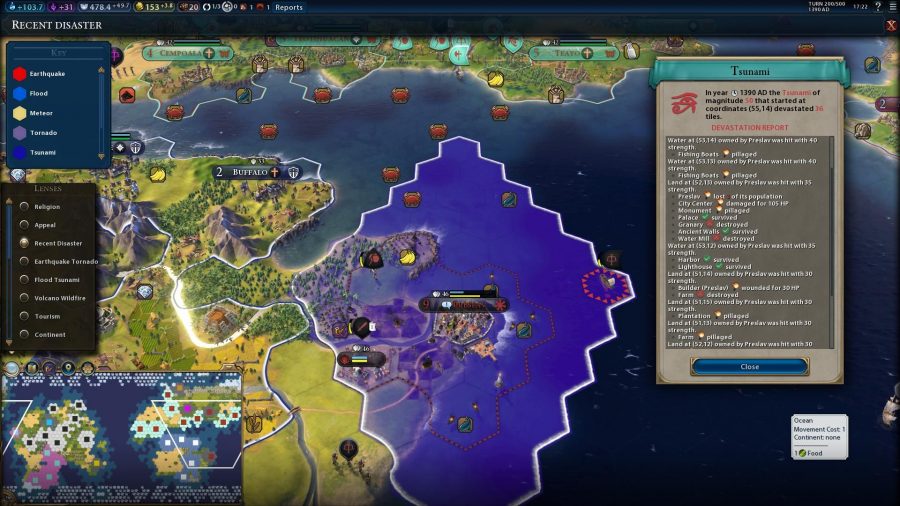 When asked what he’d want from from Firaxis to improve the situation, Gedemon echoed the sentiment a lot of modders: “First, even before releasing the source code, not leaving us doing the documentation alone, not leaving us in the dark about the future of the game, and ask what we may want to see included to help modding”, he states. We asked Firaxis for an update around plans to release the GameCoreDLL source code, but the studio declined to comment at this time.

By measures like its player numbers on Steam and the way it’s spread across other platforms like an expansionist Russian tsar, Civilization VI is a monumental success. When it comes to user-generated content, though, it still has a long way to go before it can match its predecessors. And it should aspire to do so; modders have not only brought some astonishing work to Civ IV and V, but a loyal and passionate community that has stuck with these games for over a decade now. There’s no reason Civilization VI shouldn’t enjoy the same benefits anew, and Firaxis’s apparent hesitation to fully unleash its players’ creativity is bemusing.