Want to know more about Civ 6 game speed, the various map types, and difficulty settings? The latest game in Sid Meier’s acclaimed 4X series, Civilization 6 has grown into a blockbuster hit since release. The game builds on mechanics you’ll be familiar with from previous iterations – yes, the goal is still to spread your influence and/or giant death robots across the map to achieve victory, but Civ 6 has introduced additional mechanics to consider, like district adjacency bonuses, a civics tree, and different government types.

When you boot up the game and prepare to embark upon a journey of ruthless expansion, you’ll be met with a series of options – this is where you can customise the challenge you’ll take on. There are all types of settings to tinker with, and while the default settings are a great place to start, you can significantly alter your gameplay experience with a couple of tweaks. Given the extensive time commitment of your average Civ game, you’ll want to pay careful attention to what kind of operation you’re signing yourself up for.

So, whether you’re looking for a 1v1 showdown across a gigantic ocean (some people really love boats, and that’s okay) or would rather cram a bunch of big egos onto a single island and watch the carnage unfold, here’s your handy guide to all of Civ 6’s game settings.

Since Civ 6 came out in 2016, Firaxis has released a couple of hefty expansions, plus smaller DLC packs and a ‘New Frontier Pass’ which includes access to a stream of new upcoming content. This additional content adds a host of new civs to the game – some of which are among the strongest Civ 6 leaders on offer.

The two larger expansions, Rise and Fall and Gathering Storm, go a long way to fleshing out the Civ 6 experience. 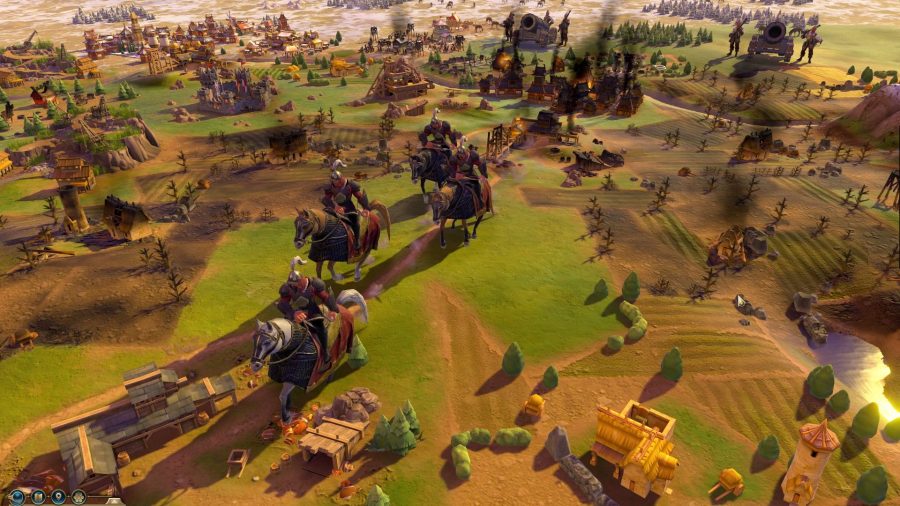 Rise and Fall adds the Loyalty mechanic, where a city exerts influence over its surrounding settlements – the strength of this influence depends on several factors such as population and religion. Loyalty makes it harder to establish distant colonies, but easier to seduce neighbouring cities to your side. Rise and Fall also adds Ages. String together a series of successes and your nation will celebrate a Golden Age, providing powerful bonuses. Fumble the bag, however, and you’ll be plunged into a Dark Age, leaving you desperately scrabbling to turn the lights back on. The third major change in Rise and Fall is the Governor system, a motley crew of bureaucrats which can be assigned to cities or city states to provide useful bonuses.

Rise and Fall adds nine new leaders and eight new civs – Chandragupta joins Ghandi as a possible leader for India, and the new civs are Mongolia, the Mapuche, the Cree, Scotland, Korea, Zulu, Georgia and The Netherlands. 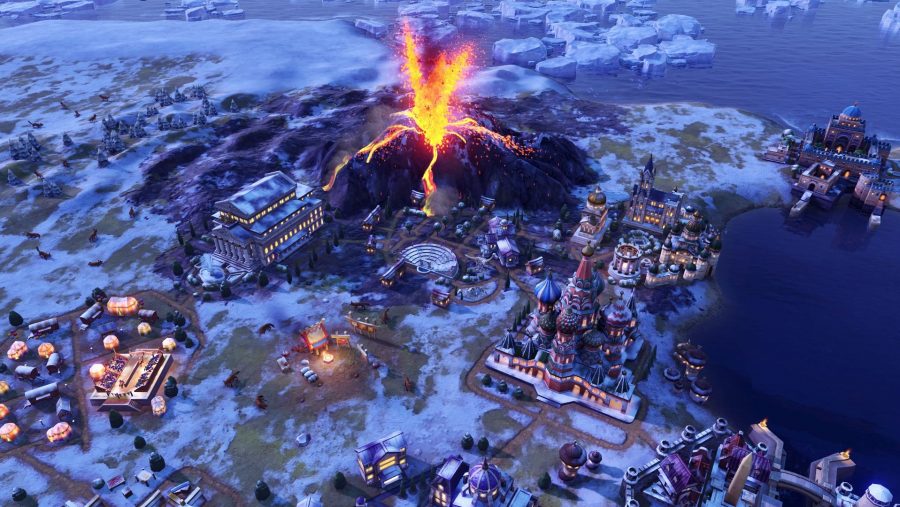 Gathering Storm adds – you guessed it – a bunch of storms and floods to mess up your carefully planned cities, including a climate change mechanic that leads to sea levels rising and your citizens paddling around in distress. The expansion introduces the concept of power to your cities, so you’ll need to collect a stockpile of newly consumable resources like coal and oil to run your buildings at full efficiency. There’s also a brand new Diplomatic victory condition, and a Diplomatic Favor system where you can cash in your good deeds at the World Congress.

Gathering Storm also introduces nine new leaders and eight new civs; the new civs are Hungary, the Māori, Canada, the Inca, Mali, Sweden, the Ottomans, the Phoenicians. The other new leader is Eleanor of Aquitaine, who can be played as leader of the English or the French.

Do you need to buy Civilization 6’s Rise and Fall expansion if you have Gathering Storm?

All the ‘rulesets’ for Rise and Fall are included in Gathering Storm. What are Civ 6 rulesets? They’re basically the gameplay systems and mechanics that each expansion changes – for example, the warmongering system from the base game ruleset is different to the new Grievances system from the Gathering Storm ruleset.

So if you buy Gathering Storm, you’ll have access to all the new mechanics from Rise and Fall. What you don’t get, however, are the civs exclusive to the Rise and Fall expansion.

For the completionists out there, the other DLC packs available are: the Vikings Scenario Pack, and Civilization & Scenario Packs for Poland, Australia, Persia and Macedon, Nubia, and Khmer and Indonesia.

The Maya & Gran Columbia Pack and the Ethiopia pack are part of the New Frontier Pass (which is a series of six DLC packs to be released bimonthly from May 2020 to March 2021) but are also available separately. These packs also include the Apocalypse and Secret Societies game modes, respectively. The Apocalypse mode adds a soothsayer who will trigger the end times, and Secret Societies allows you to join one of four shadowy clans, one of which gives you vampires to bite your foes with. 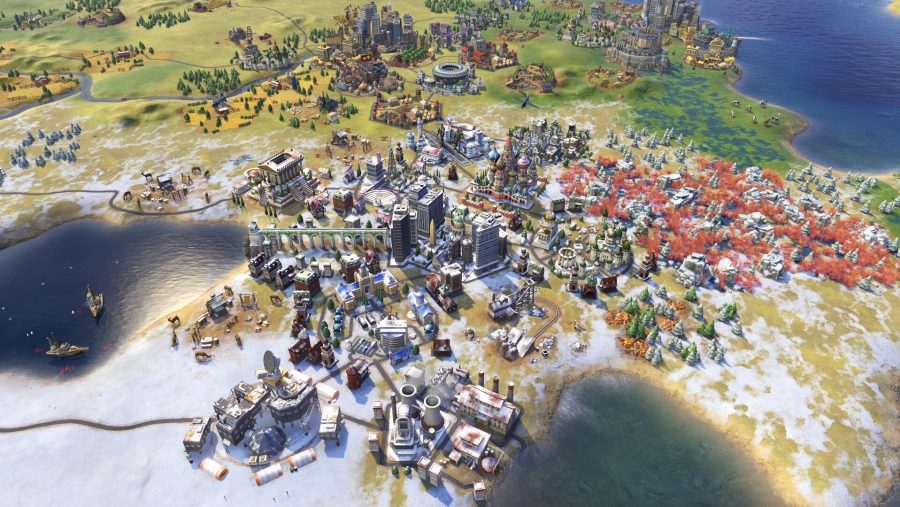 Game difficulties are the same in Civ 6 as in its predecessor, at least in name. Each of these settings will adjust the behaviour and in-game advantages of the AI to make things easier or harder for you.

As you can see, Prince is normal difficulty; it’s the “fair” mode where the AI isn’t programmed to do anything proper silly and starts on a level with the player. At lower difficulties it will play more passively, being less likely to declare war on you, and will have penalties applied to its resource production and combat performance.

At higher difficulties, however, the AI takes advantage of your every mistake as far as it can, and gets bonuses that quickly ratchet up to absurdity. Three free Settlers and+80% Production on Deity?! Forget about getting any Wonder, ever. 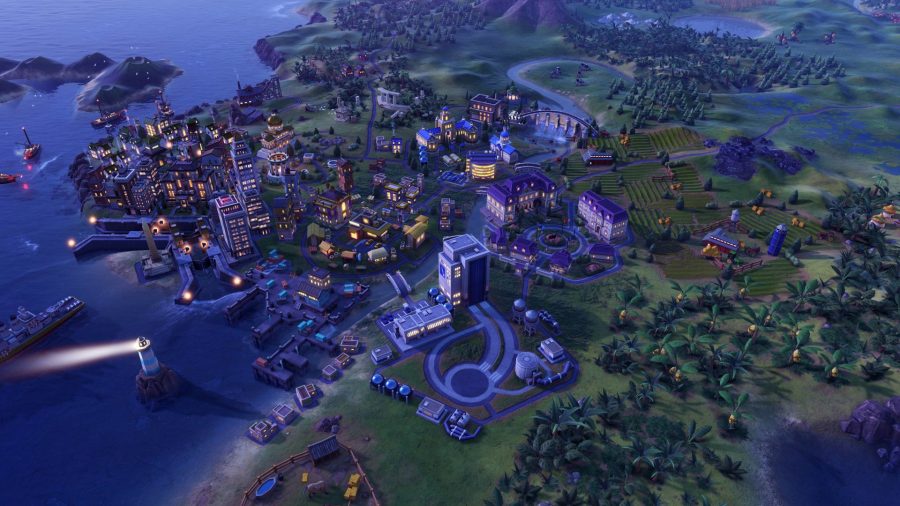 From here, we get more exact descriptions. Here’s what speeds you can play at in Civ 6, and what each means:

Online is presumably part of Firaxis’ attempts to more readily employ Twitch for showing off their game. Double speed isn’t exactly going to turn it into a Zerg rush, but you should be able to finish games in one sitting without staying up way past bed time. 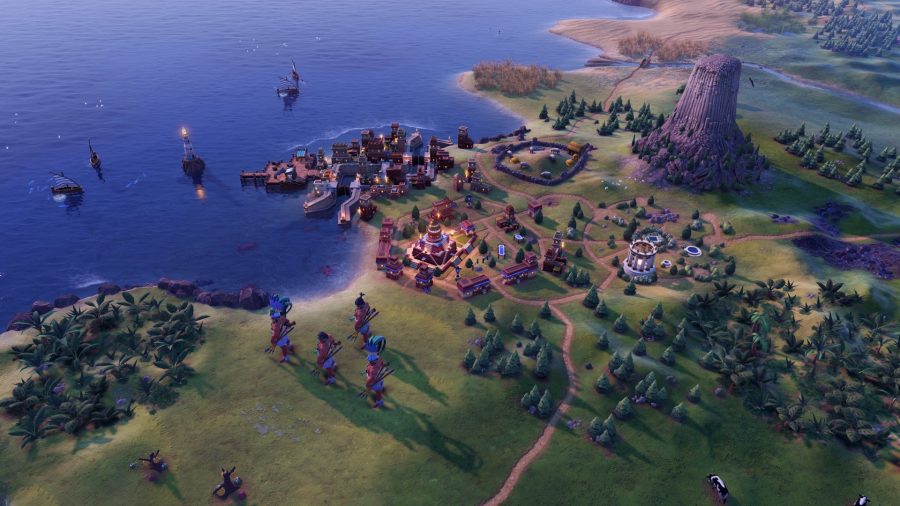 This is where it gets a bit more complicated. First, there’s how big you want the map to be: 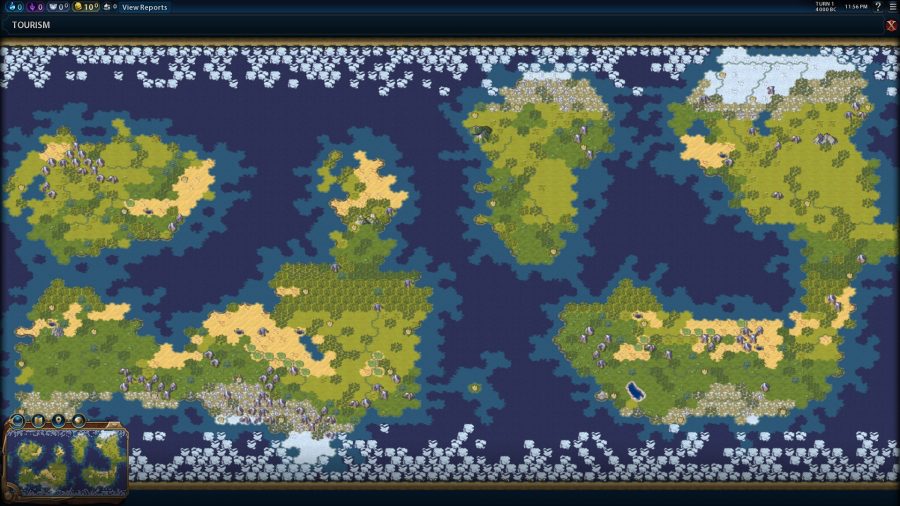 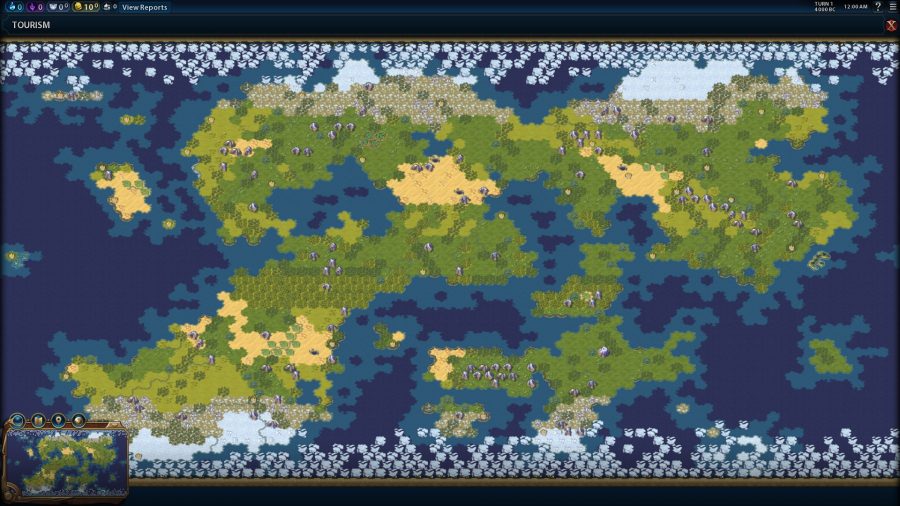 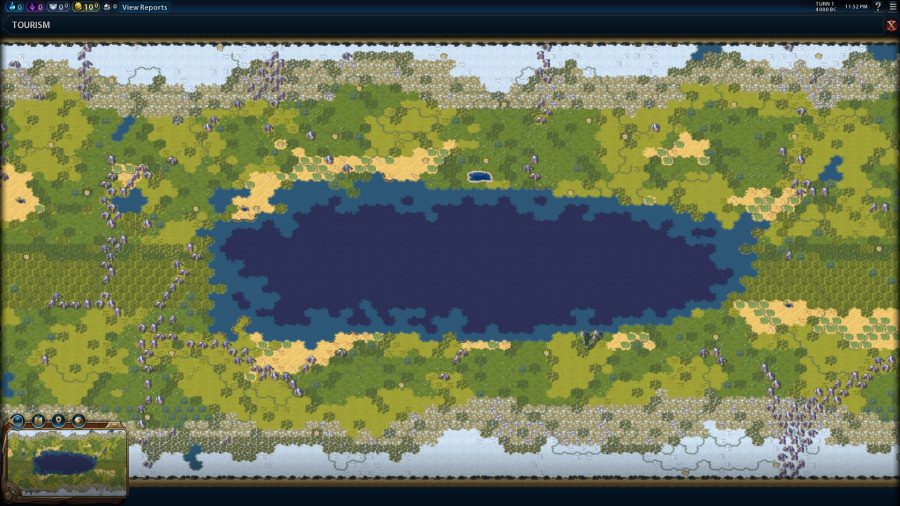 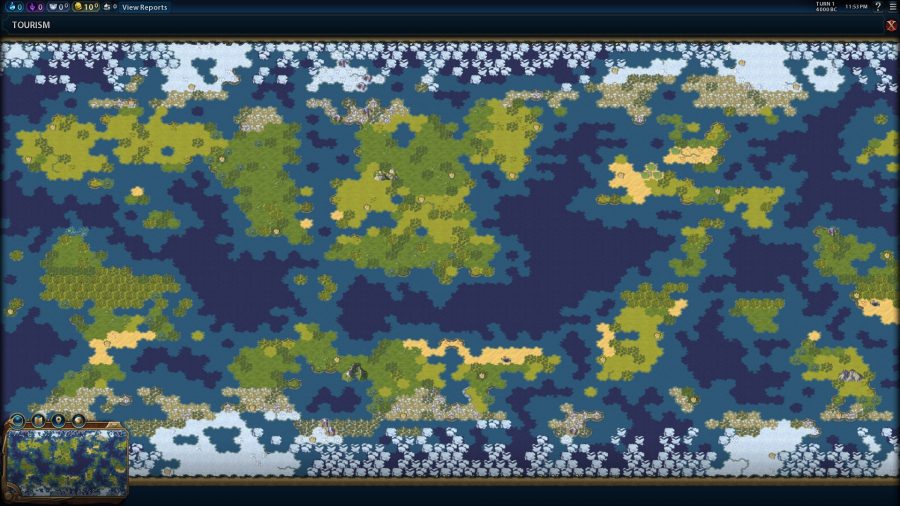 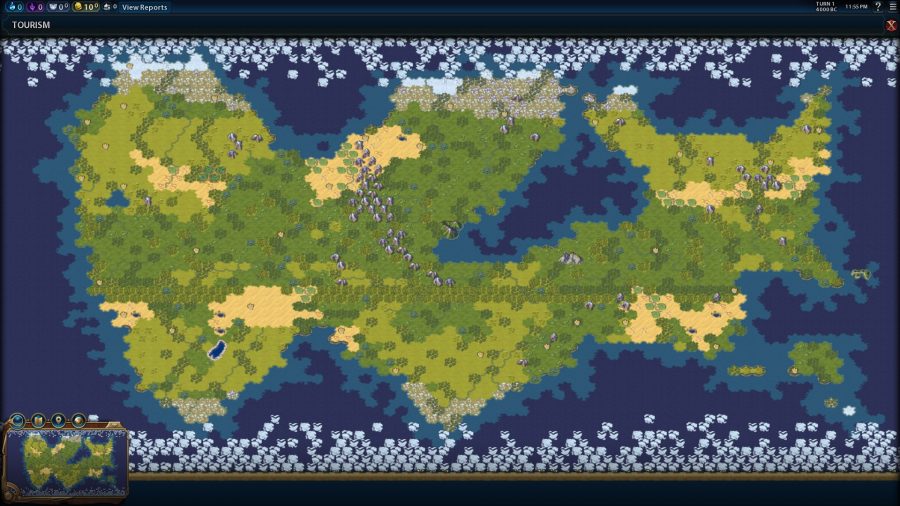 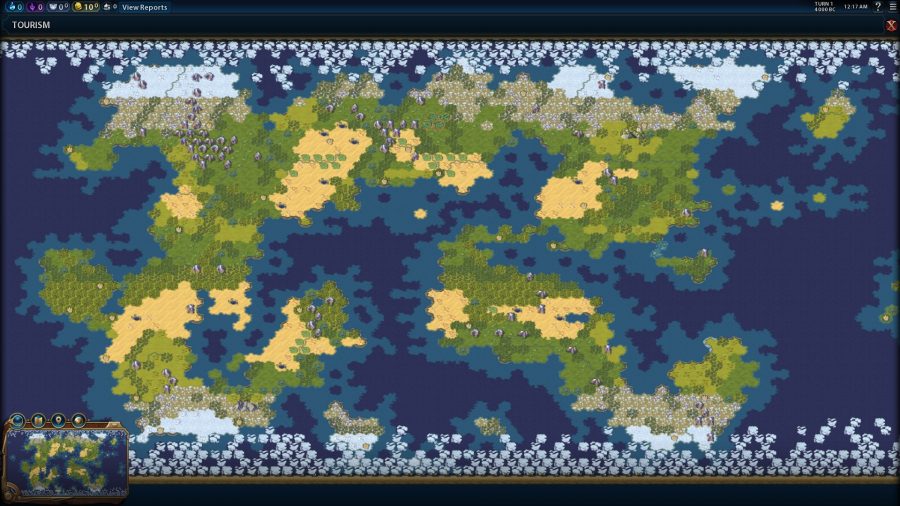 So far, so easy. Beyond that, there’s more specific options: 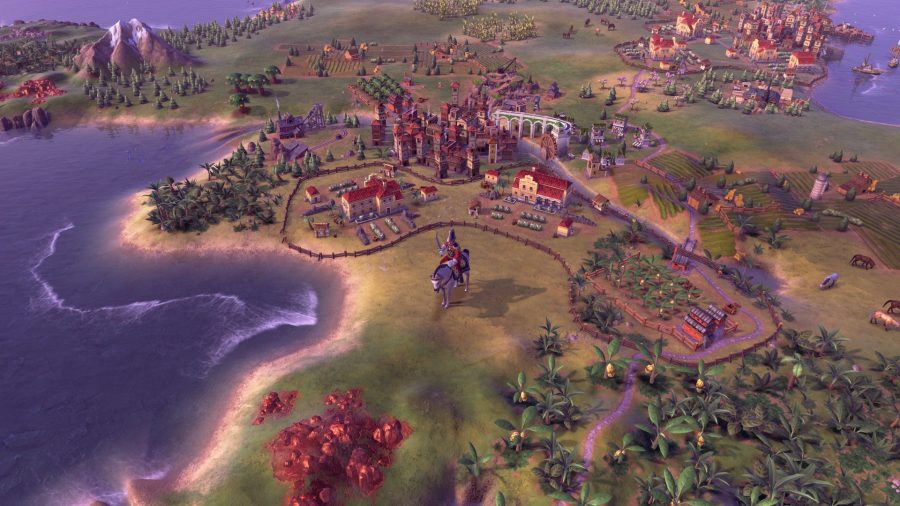 These are options for games beyond which civ you’re playing. There’s a few.

That’s everything there is to know about Civ 6 settings – if you’re brand new to the game, check out our Civ 6 strategy guide to get you started on your path to glory. If you’re looking to spice things up even more, we’ve got a guide to the best Civ 6 mods – and if you want to build an empire that spans multiple games, see our list of the best 4X games.