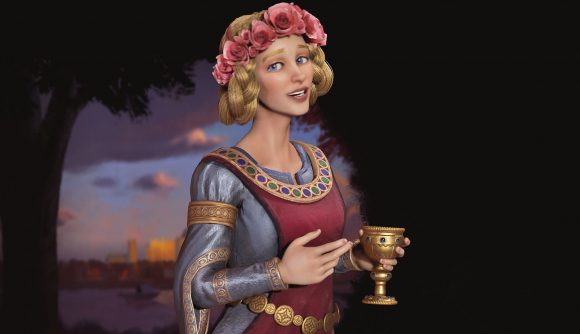 Another big update is coming for Civilization VI this month, and it promises a broad set of changes aimed at improving our post-Gathering Storm experience. We’ve got a big production buff – including specific updates for England – a diplomacy rebalance, new map types, and plenty more. If the Civ 6 mods so far haven’t been enough, read on for the incoming official changes.

The balance changes broadly focus on improving production. Quarries, pastures, and lumber mills all have increased output, late-game building costs are dropping by around 20%, and citizens on district tiles will grown in effectiveness with later buildings. Production-focused civ bonuses.

England’s Workshop of the World, for example, now lets powered buildings get an extra +4 yield. Iron and coal mines will also get an extra two resources per turn. They’ll get a bonus 20% toward Industrial Zone buildings, and Harbor buildings will increase strategic resources stockpiles by ten.

The diplomatic victories introduced in Gathering Storm should be a more viable option over the full course of the game after the update. The victory type will now require more points to achieve, but you’ll find more sources of diplomatic points throughout the game. Players on the winning side of world congress votes will each get a point, and the congress itself is getting several new resolution types.

You can see the full breakdown of changes in the full video above. A complete list will come in the patch notes “very soon.”

Read more: Get into the best 4X games on PC

Oh, and there are those new map types. Seven seas will give you a lot of land connected by small seas instead of oceans, and small continents will give you numerous (but smaller) landmasses.