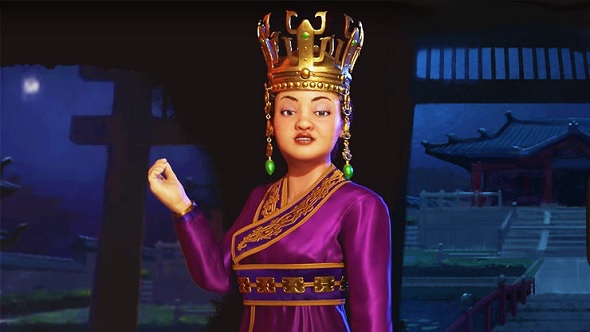 Civilization VI’s first expansion, Rise and Fall, is a little over two weeks away, but I recently had the chance to try almost everything it adds to Firaxis’s iconic romp through history. I say “almost” because our build was limited to 150 turns, and only the leaders that have been revealed thus far. So a final verdict is pending, but my appetite has certainly been whetted. Here’s why.

From your first steps out of the ancient era, Rise and Fall tracks your people’s accomplishments – such as clearing barbarian villages and discovering neighbouring civs – and commemorates them in a handsome timeline. They will also award you ‘era score’, which will determine what kind of ‘age’ you’ll earn when the world enters a new historical era. Each time this happens, you also get to pick a dedication – a strategic direction for your civ – that awards additional era score whenever you play accordingly.

In my first game as Korea I was chasing the science victory, so I went for the Free Inquiry dedication, which grants era score for triggering eureka moments or constructing science buildings. I comfortably avoided a Dark Age when moving into the Classical era and, bolstered by my dedication and a Wonder (Hanging Gardens, since you ask), attained a Golden Age in the Medieval era with equal ease.

It is very different to Golden Ages in Civ V, which were attained by reaching a critical threshold of happiness. Thus, you could build toward them by pursuing happiness bonuses, avoiding wars, and keeping your civ small and stable. Golden Ages granted bonus wealth and production to all your cities, so optimising them was one way to, say, win the diplomatic victory by getting incredibly rich, or win the science or cultural victories by nabbing certain Wonders. You might pick a civ – like Persia – to further aid such a strategy. 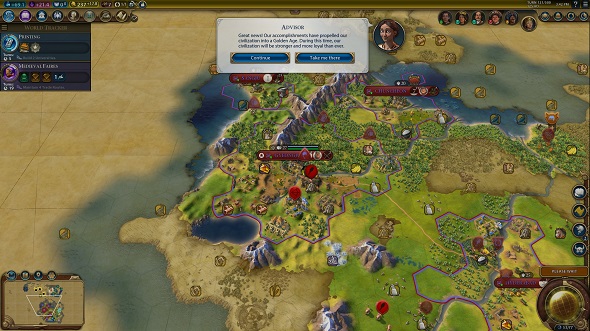 So far, in Civ VI, Golden Ages feel easier and more incidental. Almost everything you do contributes toward them, and your dedication gives you another source of era score for playing toward a particular victory type rather than specificallytoward a Golden Age. It feels more momentous and more representative of historic Golden Ages than in previous instalments, but I worry a little about balancing. I did not have to work too hard to avoid a Dark Age, and in my second game as the Cree, every player except two (of the 11) AIs earned a Golden Age during one particular era transition.

The exception might be militaristic civs. Fighting a war against India’s new leader, Chandragupta, I noticed that I earned no era score from killing his troops or taking his cities until the very last one – I got a big drip of era score when I finally eliminated him, but nothing until then. In my next game, I will chase a Domination victory as Genghis Khan and see if I struggle to hit a Golden Age. 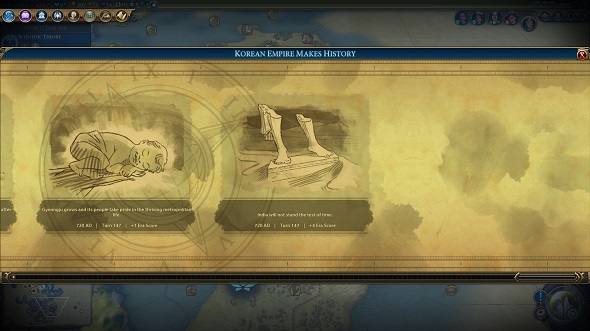 I should also point out that I was only playing on Prince and King in my two games, and that Firaxis say earning Golden Ages will make later ones harder to earn. Perhaps in a full game they won’t be so common – we will assess this in our full review.

Golden Ages will affect another new idea in Rise and Fall, and that is city loyalty. Proximity is the main factor affecting this, as I saw during my Korea game when Wilhelmina bullishly founded a city on the continent I shared with Chandragupta. Far from home and doubtless inspired by his abs, Utrecht declared its independence from the Netherlands and considered flipping to Chandragupta, until I helpfully removed that option by wiping him out. My plan was then to settle another city nearby and use my Golden Age to flip Utrecht to me, but sadly my 150-turn limit expired. 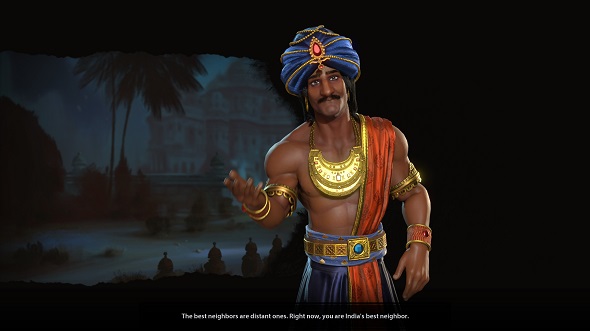 Like Golden Ages, the new city Governors prompt you to make some early decisions, and I think they may be trickier. There are three obvious picks if you are going for the science, religion, or domination victories, but the other four governors offer an interesting mix of buffs to different systems.

The Cree – whose unique abilities are more nuanced than Korea’s obvious focus on science – made my governor decision more difficult. Having started the game in the Renaissance era (I wanted those 150 turns to carry me a little further into history), I opted to spend my accumulated governor titles fully upgrading Reyna, the Financier. This worked well with all the trade routes and alliances I set up to utilise the Cree abilities, in that I have tons of money, and Reyna’s final promotion lets me spend it buying whole districts outright. 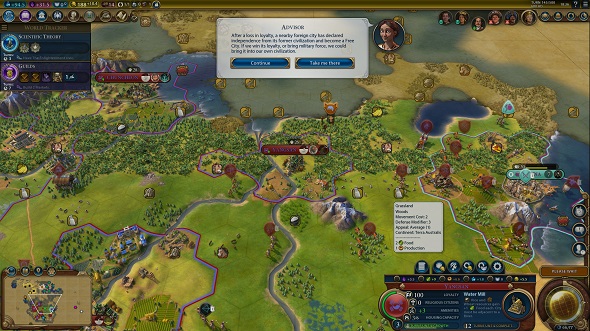 Playing as this peaceful economic powerhouse has caused me to neglect my military, however, and I have just been targeted for a joint declaration of war by Genghis and Tamar – hence, I am hastily bolstering my armies with my spectacular wealth. Over in my Korea game, the fate of Utrecht still hangs in the balance, and thanks to the unique Seowon district I have a great shot at the science victory. The lack of science-focused civs in the base game has made me especially keen to play that one out.

If nothing else, then, Rise and Fall has left me thirsty for more. Civ’s famous addictiveness, summed up by its catchphrase “one more turn,” derives from the fact that there is always somethingmore to do: its systems interact such that there will be always be one more interesting decision you needto make. Governors, Golden Ages, enhanced alliances, and city loyalty have made my two games of Rise and Fall richer and more compelling than basic Civ VI, albeit with some (possibly premature) balance concerns. Despite getting well into the Industrial Age, I have also not even seen the new Emergencies, which suggests the late-game will get a new system all its own, as Firaxis hinted last year.

I need to see and play more, but, as with Civ V’s two expansions, Rise and Fall adds enough to the mix that the base game already feels difficult to return to.