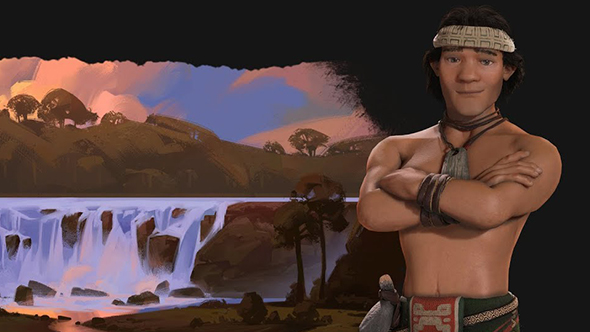 We’re little over a week away from the release of Civilization VI: Rise and Fall, and we’re now getting details on the last few civilizations coming in the new expansion. Today, Firaxis detailed the Mapuche, an indigenous civ who fought against the Spanish Conquistadors in the 16th century.

Have a look at all the best 4X games on PC.

The Mapuche are led by Lautaro in Civ 6, who in real-life led battles against the invading Spaniards while only a teenager, becoming a symbol of rebellion against the Spanish for centuries to come.

Lautaro’s ability in-game is Swift Hawk, which causes the loyalty of an enemy’s city to decrease when a unit is defeated in Mapuche territory.

The Civ’s unique ability is Toqui, which grants a bonus when doing battle against enemies who are in a golden age. Units trained in cities with a governor will get a bonus to experience gained from combat.

Their unique unit is the Malon Raider, a mounted Renaissance era unit that gets combat bonuses near friendly territory, and can pillage with few movement penalties. Their unique structure isChemamull, a type of wooden statue designed to protect the spirits of departed family members – in game, they provide culture equal to 75% of a tile’s appeal, and later provide a tourism bonus.

It remains to be seen how – or if – the rumors of the Zulu coming to the expansion eventually play out.