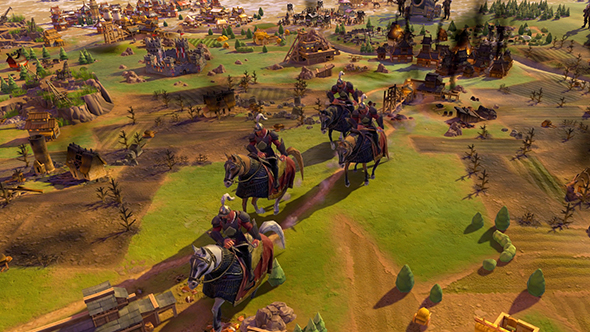 In a new developer update video, Civilization lead designer Ed Beach shares some details of the upcoming update for the Rise and Fall expansion, including some significant additions to the UI and substantial balance changes.

Want to make the most of one of the new leaders? Find out how to win Civilization 6 with Chandragupta.

You’ll now be able to see what technology your allies are researching on the tech tree. More tooltips will help to explain the loyalty system. Now you can also see a timeline of all your civilization’s accomplishments after the end of a game.

On the balance side, the entertainment complex building will get some new effects, keeping the district competitive with the water park. Dutch polders can now be placed next to hills. “Loopholes” in the warmonger system will be plugged, experience earned from fighting free cities will be capped, and emergencies will no longer be ended when cities change owners.

The more frequent conquest of city-states introduced by the last update will be slowed down, with independent cities getting a production bonus to construct walls and a higher base defense strength.

More detailed patch notes will be available soon, ahead of the update’s release.