The original Sid Meier’s Civilization is 28 years old, having first released in 1991 on MS-DOS, and looks incredibly quaint and basic by today’s standards. In fact, Civilization 1 is so technologically uncomplicated that it can be recreated by lone developers in their spare time – but very few would consider going the extra step of remaking the game in Microsoft Excel. Yes, the spreadsheet program.

This rather bonkers – but undeniably impressive – endeavour is the work of a developer who goes by the online moniker s0lly. They proudly revealed their creation earlier today on Reddit – a remake of 1991’s Sid Meier’s Civilization in Excel, which goes by the title of s0lly’s [CELL]IVIZATION.

s0lly’s remake is being made as part of the OLC (One Lone Coder) CODEJAM 2019, which runs until the end of day on Sunday, September 8. This particular gamejam’s theme is ‘destruction’, and so the only way to win this particular version of Civilization is to annihilate the other factions. None of that diplomacy nonsense here.

You can check out s0lly’s impressive effort in the video below. They admit it’s “very light on features” right now – but for a recreation of one of the most influential games ever made, done in a week in Excel it’s incredibly impressive. 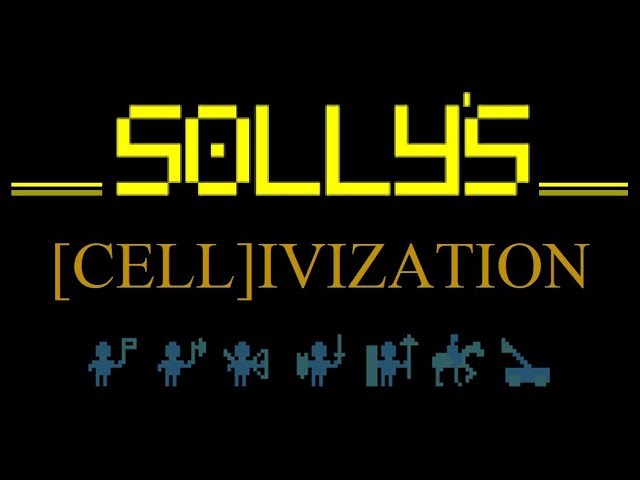 At the moment all you can do is build units and attack the opposing factions, but s0lly is considering adding more features “if people are keen to see more!” Units include settler, warrior, archer, a mounted knight, and a catapult. Obviously there’s only one time period right now, but remember – Excel!

The developer will be releasing this model of [CELL]IVIZATION tomorrow, September 7, if you want to give it a try – as well as “further information about the game”. Voting for the OLC Codejam closes on September 22, if you want to offer your support.