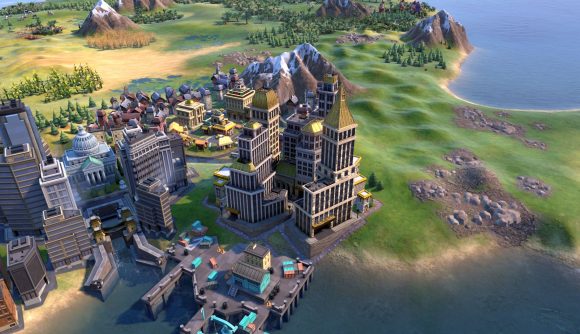 Earlier this year, Civilization VI fan Albro created a mod that brought a neat feature from the long-running strategy games series’ past to its latest instalment: National Wonders. Drawing inspiration from Civilization V, the mod adds a National Wonders system that lets players build some powerful, benefit-yielding buildings once per civilization, rather than once per game as with regular wonders. The mod was a popular one, going by its Steam Point awards and ratings, and now there are even more to pick from.

Albro has shared a new Civilization VI: National Wonders Pack One mod on the 4X game’s slice of Steam Workshop, which adds three more National Wonders to their original creation. The first of these is the Ironworks. This requires six improved strategic resources in your game to unlock and in turn unlocks the Renaissance Era mass production technology if built.

The wonder itself brings bonus production (+4) and science (+2), while each improved strategic resource within four tiles of the Ironworks grants +3 production and +1 science. It also offers +2 great engineering points per turn, but you’ll have to build it adjacent to an industrial zone district if you want to use it.

The second is the Financial Centre, which unlocks the Industrial Era technology economics. To grab this one, you’ll need to own at least eight Trader units, and its benefits are, naturally, trading-focused. You’ll get extra great merchant points per turn and some bonus gold from this wonder, while your city’s international trade routes will gain extra gold for every bank and stock exchange building in your empire. The Financial Centre also gives adjacent commercial hub districts a healthy 100% district adjacency bonus, and – unsurprisingly – it needs to be build right next to a commercial hub district. 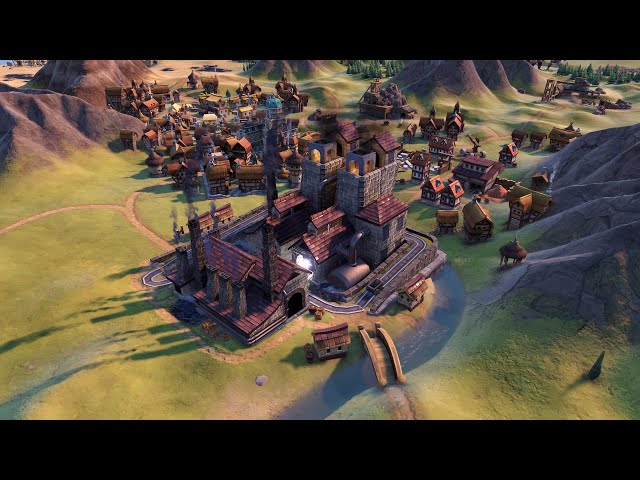 Last up is an International Terminal, which unlocks the Atomic Era technology advanced flight. To build the wonder you’ll have to have at least three airport buildings around, with each of this type that you have providing extra production to all airport buildings across your empire. “Aerodrome districts adjacent to the International Terminal gain +2 air slots,” the modder explains, with “+100% tourism from wonders for every ten population in this city (maximum +400%).” The wonder brings extra production and needs to be built on some flat ground next to an aerodrome district.

These wonders join the existing mod’s Grand Temple, National College, Grand Citadel, National Epic, and National Theme Park buildings, which means you’ve now got some new, industry, trading, and aeronautical-focussed options at your disposal if you’re keen to factor this Civ 5-inspired system into your game. Naturally, this new pack needs the original mod to run, which you can grab here, while the new National Wonders Pack One can be found on Steam Workshop at that link.